Additional studies show very high rates of infection in NYC. Can they be trusted? 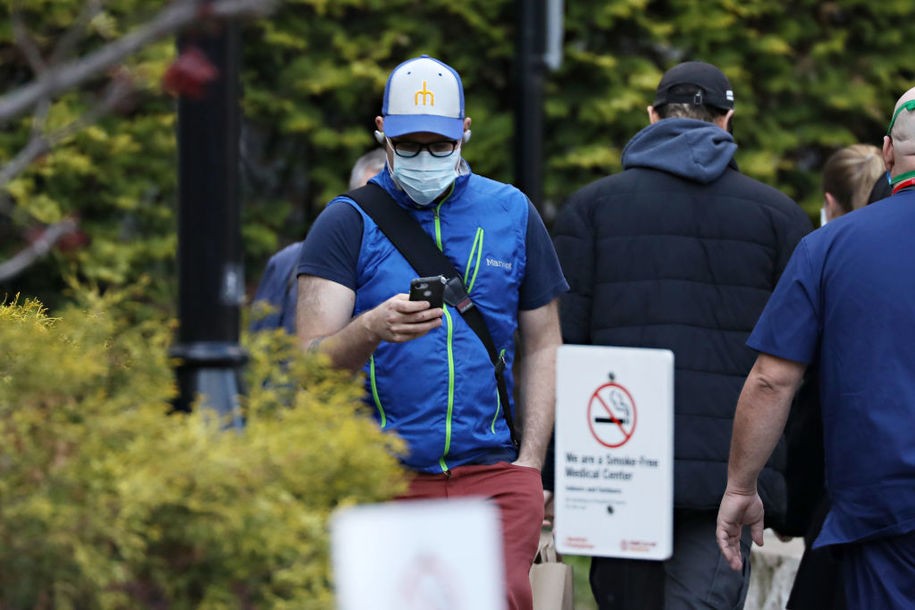 As The New York Times reports, Gov. Andrew Cuomo has announced that in the first few days of testing, the number of New York City residents who tested positive for SARS-CoV-2 antibodies was running close to 20%, while the official count of confirmed cases was somewhere less than 3% of the population. Just as with the existing tests, numbers are much higher in New York City than over the rest of the state. The percentage of tests conducted in New York City that turn up a positive result continues to be over 40%, and many of the tests being done are tests on healthcare workers to make sure they remain clear, so the idea that the number of actual cases greatly exceeds the number of confirmed cases is not exactly shocking.

However, this is a very different result than the one generated by the two surveys conducted in California. The testing done there suggested that the number of people infected was up to 85 times greater than the official case count. It was a reassuring number, because it pushed the rate of hospitalization and fatality for COVID-19 to sub-flu levels and suggested that millions of people across the nation had already had the disease, mostly without realizing it. This result has garnered a huge amount of attention and continues to get wide media coverage, including in the Times article linked above.

But there are huge differences between the two tests. First off, the antibody tests are being conducted in New York using a test that has passed muster with the FDA. The test in California very much has not. The California tests were also done using very suspect measures of recruitment, and it now appears that there was some deliberate misrepresentation both in how that recruitment took place and how the results were tabulated.

From the beginning of the pandemic, there’s been a desire to take the official counts generated through testing and hospitalization and add a zero or two to the total number of infections. After all, that’s how the flu operates. Preliminary estimates for the 2019-2020 flu season have about 575,000 hospitalized and 43,000 deaths. (Though as we’re starting to discover, some of these “flu” cases in February and March may have actually been cases of COVID-19.) But the CDC also estimates that during the same period, 47,500,000 Americans had the flu. That’s about 15% of the population coming down with the flu in spite of the widespread availability of flu vaccine.

Obviously, the CDC doesn’t base this on 47 million positive tests for flu. Instead, the top-line number comes from projecting back based on knowledge of past estimates of the impact of flu, as well as years of widespread sampling and statistical analysis. About 1% of the people who came down with flu in the last year needed to be hospitalized. About 0.09% died.

But when it comes to COVID-19, we don’t have years of data to fall back on. Instead we have the experience of the closely related SARS epidemic, and the more distantly related MERS epidemic, both of which produced very high rates of hospitalization and death. In fact, revised WHO numbers for SARS show a projection that looks a fatality rate that looks like this: < 1% for patients younger than 25, 6% for 25-44, 15% for 45-64, and > 50% for patients over 65. That pattern seems to match the distribution of deaths seen so far in the COVID-19 epidemic, even though the numbers are (thankfully) lower.

Based on the initial values from China, an early case fatality rate for COVID-19 was set around 3%. With the epidemic there reduced to a small number of active cases, it’s possible now to calculate the total case fatality rate for the epidemic in China at 5.6%. Looking at the current values in the United States produces almost exactly the same value. Overall, based on worldwide case counts and deaths, the current rate of fatalities is 7%, with that number skewed upward by locations like Italy where both the healthcare system and the ability to test was overtaxed.

Still, everyone recognizes that testing is inadequate. It’s not just inadequate in the United States, it’s inadequate almost everywhere. Right now, the total number of tests done in the U.S. works out to about 1.5% of the population. That’s about half the testing rate in Italy, Switzerland, or Norway. At the higher end of the scale, the United Arab Emirates has tested 8% of their population, and Iceland has tested over 14% on the way to their goal of testing everyone.

Likewise, the 5.6% fatality rate in the United States may match China and be near the global average, but that doesn’t mean it’s accurate. In most of the United States, tests are still being doled out to only people who are hospitalized with significant symptoms, or who are first responders. Some areas are getting tested more adequately as the rate of testing varies widely across the states, but in many cases the areas most in need of testing, like New York, are also locations where testing is most restricted.

So what are fatality rates like in the places where testing seems closer to adequate? Many of the locations with the highest rates of testing have those high rates because they’re also tiny. No one would project a 0% fatality rate simply because none of the dozen cases on the Falkland Islands resulted in death.

But what about nations where there have been both a significant number of cases, and high levels of testing? What do the results there show?

Clearly, there’s a wide range of values here. Some of these numbers, especially Italy, demonstrate the danger that COVID-19 represents when it overwhelms the healthcare system. And there’s no doubt that Italy, despite testing at nearly twice the rate of the United States, hasn’t tested nearly enough to genuinely define the outbreak there. That’s been seen in surveys of at least two villages showing rates much higher than the official numbers suggest. Italy’s 11% rate of positives on testing is enough to show that they haven’t tested enough to really determine the extent of what’s happening.

There’s a pair of problems at the bounds here. As the case count goes down, simple statistical noise begins to become dominant. It’s possible to find small countries where the fatality rate is 0% or close to 100%. In both tables, I’ve used the case count of Iceland as a (very) arbitrary cutoff in the number of cases, but it probably represents too small a cutoff. On the other hand, the nations at the top of these tables—Italy and Russia—clearly don’t reflect a “best case” scenario, but are edging toward the nightmare land of a completely swamped system.

Now … let’s finally come back to what the New York number says. If the 20% number is accurate, then the actual case fatality rate in New York City is around 0.7 to 1.1%. This includes all cases, not just tested cases. That’s all in. Kitchen sink.

This number seems like a very reasonable fit into the values generated in Iceland, UAE, Australia, and Israel. Some of these nations, including Iceland, are also using antibody tests, and it’s good to see them coming up with similar results. It’s also good to see any number lower than the grim 5.5% (and climbing) that results from comparing the current level of confirmed cases to the number of deaths in the United States.

Wrapping back around to the flu numbers for the past season, if the same 47,500,000 had COVID-19, it would be expected to result in 333,000 deaths. Which is horrible. Except that the 47,500,000 number comes from flu, where there was an existing vaccine as well a pool of immunity from past infections. Rather than 47 million, COVID-19 could be expected to infect around 230 million Americans if it was allowed to progress unchecked. That would bring the number of total deaths to around 1.6 million. And that’s assuming that hospital systems are not overrun—which would be difficult, considering there would be around 15 million people searching for a bed.

That’s what could be expected over the next year without the efforts of social distancing, testing, and isolation. It’s what can still be expected if states open up too soon and don’t keep up an effort to test and isolate. And honestly, that hasn’t changed much from the projections in the earliest days of the outbreak in China.

The New York information, unlike the two much-discussed California surveys, looks like information that may be reflective of the real world. We’re yet to see the final results, and the preliminary values may not hold once additional numbers come in. But this looks real. It fits data in the real world. It passes the smell test.

And it, finally, gives everyone a number that may be genuinely indicative of your chances if you or a family member, God forbid, become infected. However, there is another point to consider: It’s that breakdown of SARS fatality rates several paragraphs above this. So far, indications are that children are just as likely to catch COVID-19 as adults, and the breakdown of cases in many states is fairly flat across age cohorts. But children are also much less likely to become seriously ill from either SARS or COVID-19 (though, sadly enough, they’re not totally safe).

That’s simplistic, of course, because it doesn’t consider the (mostly heart-related) factors that seem to accompany many deaths. And, because this is everyone, including asymptomatic cases, it doesn’t genuinely reflect your risk factor should the disease announce itself with fever and cough.