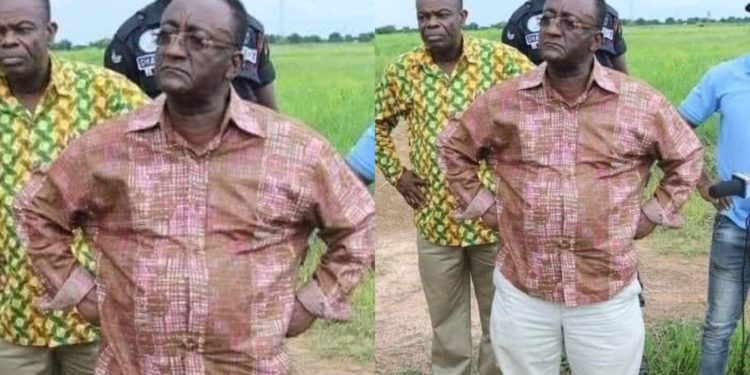 Traders in some markets in Accra have said the Minister of Food and Agriculture, Dr Owusu Akoto Afriyie peddled falsehood when he said food prices are dropping.

The traders said the Minister lied because the prices of the commodities are rather increasing.

“The Minister is lying, is not true. If you want to know the truth he should enter into the market you will see what I am talking about, the margarine of beans is 6 cedis, first was 3 cedis. with red oil, it is 16 cedis, the yellow one is 20 cedis but first it was 15, now it is very expensive,” a trader at Kwasia Dwaso in Accra told TV3’s George Kwaning on Monday November 15.

Three other traders corroborated the claim that the prices of commodities are increasing. Dr Owusu Afriyie Akoto had earlier rejected claims that food prices are escalating on the Ghanaian market.

He said the statistics being compiled by the ministry on food prices do not support such claims.

Speaking at a media engagement in Accra over the weekend, he said prices of food commodities are rather dropping.

The General Agricultural Workers Union (GAWU) has warned Ghanaians to brace themselves for increments in food prices in the country.

The General Secretary of GAWU, Edward Kareweh, said Ghana is in a harvest season but food prices are high on the market. He projected the prices to increase in the month of January and February

The General Secretary was reacting to a survey by 3FM’s Sunrise on food prices in the country.

The survey took us to Takoradi Market, Makola Market in Accra, Mallam Atta Market also in Accra, Tamale, and others, and in all these, traders complained of high food prices.

Mr. Kareweh told Sunrise Host, Alfred Ocansey on Thursday that “It is not what we say but what we do”.

“We need to move away from people telling us what it is rather than going to the grounds to look at what is there”.

He said “farmers never got fertilizer to put on their farms, how do you expect a bumper harvest? “We can’t proceed to the conclusion in the state that we are in now because prices are high everywhere”.

Mr. Kareweh warned that “we should expect the worst to happen in January, February onwards. Food prices would rocket further.

“We should expect prices to go up further. We are in a harvest season and so ordinarily, food prices should have been down. But we are not experiencing that”.

Reacting to some of these issues, Dr Akoto OPwusus Afriyie said “The statistics that we compile in this ministry do not support that . The size of kenkey that you are talking about, we have had 5th year of Planting for Food and Jobs, no complain about the size of or reducing the size of kenkey this year.

“This year, fortunately, apart from the one month delay in the major rain season in the south, the rains have been excellent.

“ The naysayers were saying a few months ago, including the former President that there is going to be famine. In fact we are on the cusp of a major boom in food production. To the extent that, if you monitor the Tamale market for instance prices are tumbling and we are still at the beginning of the harvest.”