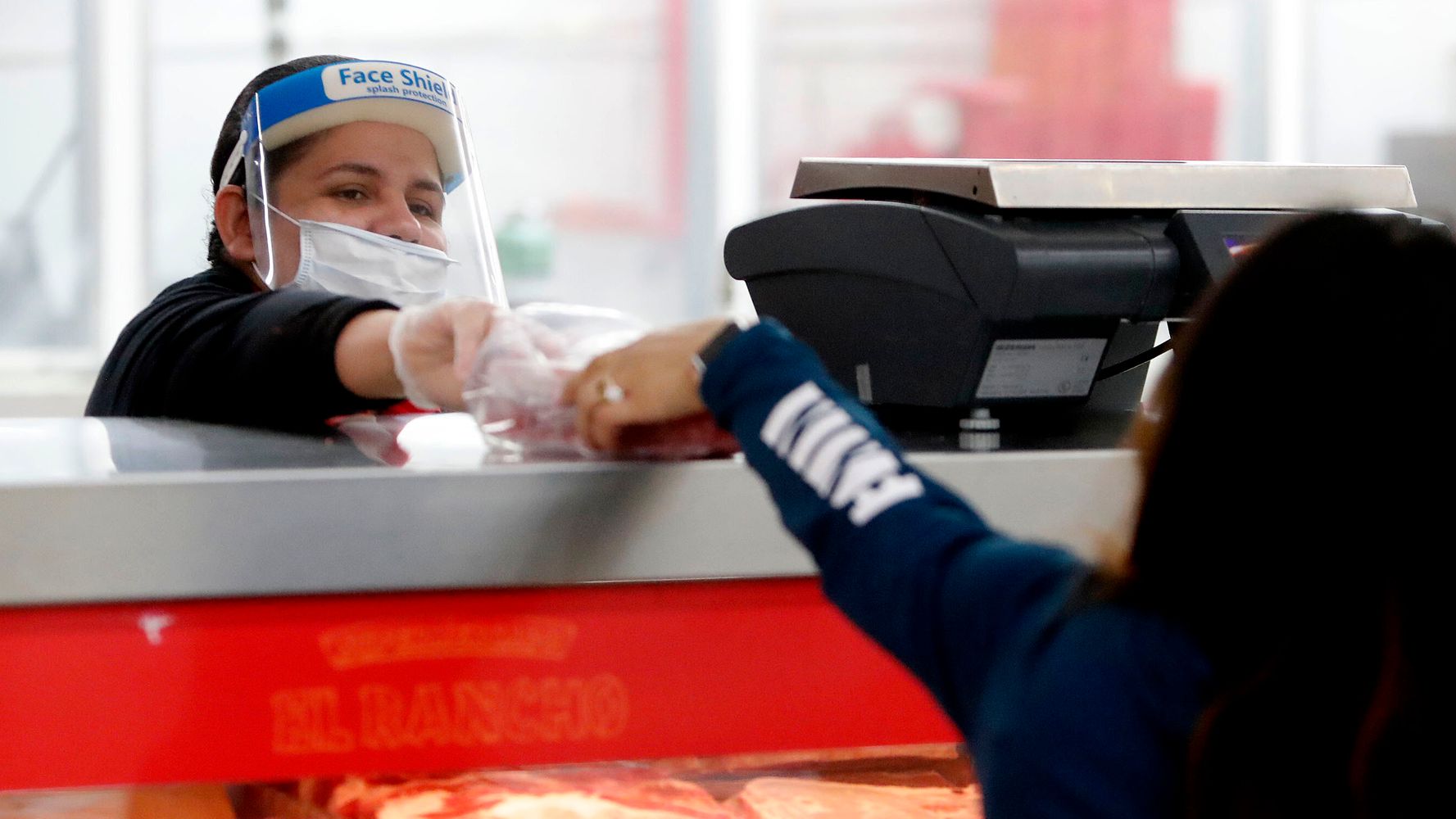 Grocery workers are putting their health on the line to do the essential work of serving others during the coronavirus pandemic. Some have already died of COVID-19. But if these essential workers get sick or are exposed to the virus, most wouldn’t have enough paid time off to quarantine, according to a new study.

Worse: Only 8% could take the recommended two weeks off to self-quarantine after coronavirus exposure. Of the workers who actually do get paid sick time, half of them get one week or less.

The numbers are “pretty pathetic,” said Kristin Harknett, a sociology professor at UC San Francisco and co-author of the research. The lack of paid sick leave not only puts the health of these workers and their families at risk but the public as well.

“We can no longer think about this as a problem that just affects low-wage workers. To the extent these workers aren’t protected, no one is protected,” she said. “What’s bad for these workers is bad for public health.”

The Shift research is based on a survey of more than 30,000 workers at the country’s largest retail outlets ― grocery stores, fast-food restaurants, big-box stores ― conducted in 2018 and 2019.

That’s before COVID-19 hit. But there’s little reason to believe the numbers have changed recently, despite the biggest public health crisis to hit the U.S. in more than a century.

Though Congress did include a paid sick leave provision in the second stimulus bill signed into law in March, large employers were entirely left out. None of the workers surveyed would have access to these new benefits. Indeed, almost no workers in the country do. The Department of Labor’s guidelines around the new law have essentially gutted it, and only 15% of workers in the U.S. got paid leave under the emergency bill.

New York Attorney General Letitia James on Tuesday said she is suing the Trump administration, seeking to close the loopholes in the paid sick leave law.

Though some big companies have put COVID-19 paid sick leave policies in place, they’ve largely proved to be too restrictive. Employees must have a positive COVID-19 test result to qualify. The tests are still difficult to obtain. Or they must have been ordered by a doctor to self-quarantine.

By directly surveying workers, the Shift project says it gets a more adequate picture of what paid leave looks like inside companies. Often an employer will say it offers paid time off, but, in practice, workers are actively discouraged or even penalized for trying to access it. Or they’re part time or new to the company and aren’t able to earn the hours.

The Shift survey also found there is a gender gap when it comes to access to paid sick leave. Fewer women than men have access to paid time off when they’re ill.

Fifty-eight percent of female workers in the survey said they lacked access to leave, compared with 52% of men.

The workers surveyed by Shift make very little money ― median hourly wages were just $11.50. Many are working part time because employers are hesitant to provide them with full-time hours, which would qualify them for benefits. Twenty-eight percent of those surveyed said they were “involuntarily part-time.” Fifty-nine percent make less than $35,000 a year.

They can’t afford to take a day off without pay. And at some big companies, workers who call in sick are penalized.

At Walmart, workers are given “occurrences,” penalty points for calling in sick. Though the company has put a COVID-19 sick leave policy in place, HuffPost has heard from many workers who say it’s inadequate.

“I have no medical. No nothing. I’m gonna get an occurrence because I didn’t go to work. It counts against me,” said Jennifer Suggs, a Walmart associate in Hartsville, South Carolina, on a call with reporters organized by United for Respect, an activist group that works with Walmart employees.

Suggs said she wasn’t feeling well on Friday, the day of the call, and it sounded like she was crying as she explained the choice she makes every day as the pandemic sweeps through her community.

Walmart recently said it was “heartbroken” after two associates in the Chicago area died of COVID-19.

The sister of one of those associates was also on the call Friday. She said that no one from the company had called anyone in her family to directly offer condolences.

Enimil Ashon writes: What if there’s no President by January 7?