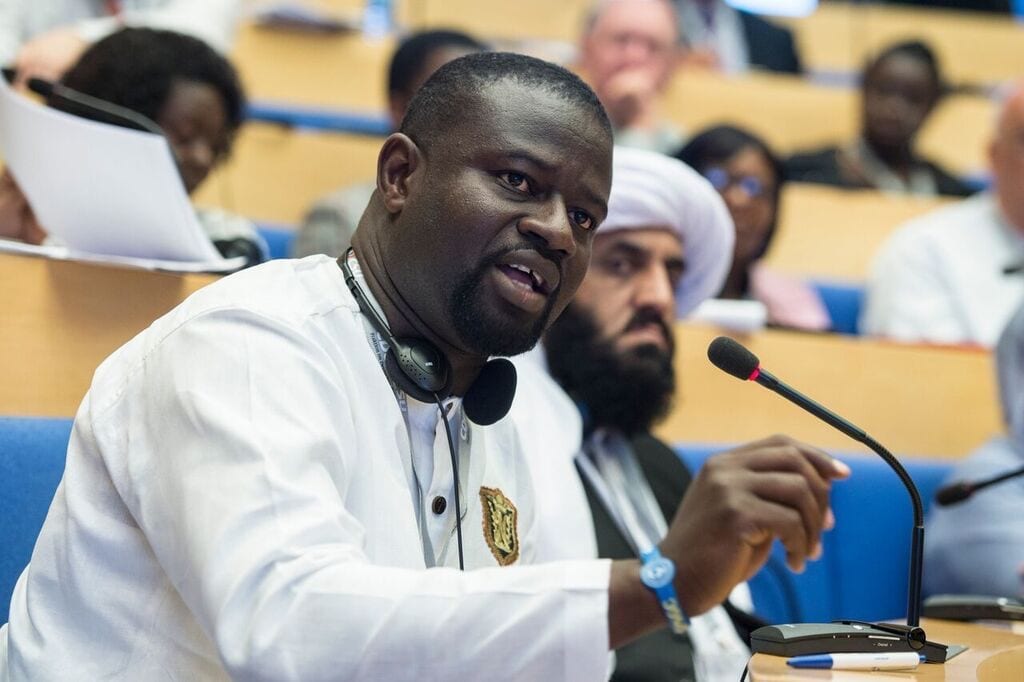 Kevin Taylor has reacted to some ridiculously unfortunate comment made by New Patriotic Party’s Chief Whip in Parliament who also doubles as the Mp for Nsawam-Adoagyiri.

In the last 72 hours, Ghanaians home and abroad have taken to social media to call out the failed leadership of Akufo Addo with the hashtag “Fix The Country”

Even though Government in return through its paid actors also launched a counter hashtag with “Fix Yourself, Ghana is being fixed, Akufo Addo is Fixing it”, the heat the “Fix The Country” Hashtag came with was unbearable for the Akufo Addo Government.

In reaction to the multiple tweets asking for reforms and a better Ghana, Annoh Dompreh also took to his twitter account to call all Ghanaians asking for the country to be fixed as “Gyimie” an Akan Word which meant “Fools”.

It was not shocking to have come from an Npp member since they are known for such unguarded comments.

Reacting to the insult in Ghanaians by Frank Annoh Dompreh, Kevin Taylor Said, the conduct of Dompreh only confirms how they Npp feels about very people they are governing.

For a member of parliament to have called Ghanaians Fools for calling out Government to fulfill its promises shows they are no respect for Ghanaians.

“The sad part of this whole thing is that there is no sensible person left in the Npp to sanction that idiots.

This Annoh Dompreh guy as we speak has a child with a lady in his constituency but has failed to be responsible but he turns around to call Ghanaians Fools because we feed him with our taxes like chicken.

From Akufo Addo to Kufuor have all lost it, there is no leader in the Npp and any sect without leadership is a reckless sect.

This is why the Npp Cannot do anything reasonable because they have no sense and Annoh Dompreh has just confirmed that”- Mr Taylor said in With All Due Respect Extended Version on Loud Silence Television.