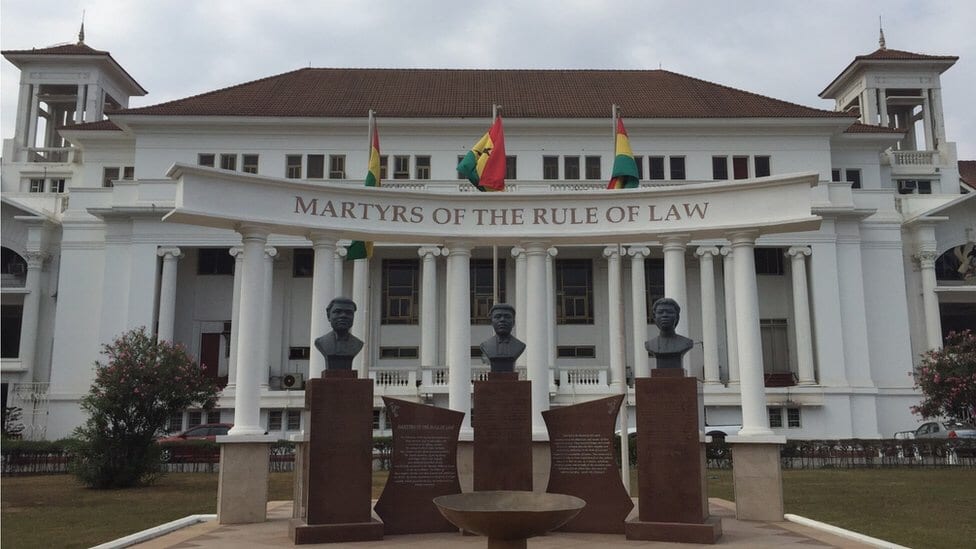 The judiciary of Ghana has come under questioning in the last few years.

Especially with some of their judgement before the 2020 elections and during the hearing of the election Petition, it is without doubt that the level of trust Ghanaians have in the judiciary is at its lowest point.

Commenting on the ongoing trail of Former Cocobod Ceo Dr Stephen Opuni, Kevin Taylor said there seem to be a deliberate attempt just to discredit the man just to serve a political purpose.

In his editorial on With All due Respect, Kevin revealed that the witness of the state against Opuni commutes a perjury which should have landed him in jail and the case discontinued but the court at the led led by Justice Honyenugah who is currently a justice of the Supreme Court overlooked that.

This conduct of the court is gradually pushing Ghana to the abyss according to the Washington based Investigative journalist Kevin Taylor.

With the Anin Addo judiciary passing some interesting yet contradictory judgement, it’s only a matter of time for Ghanaians to come to appreciate that the Judiciary which used to be a reverend body is also gone to politicians.