Another bank says no to Arctic drilling; U.S. keeps tariffs on medical imports 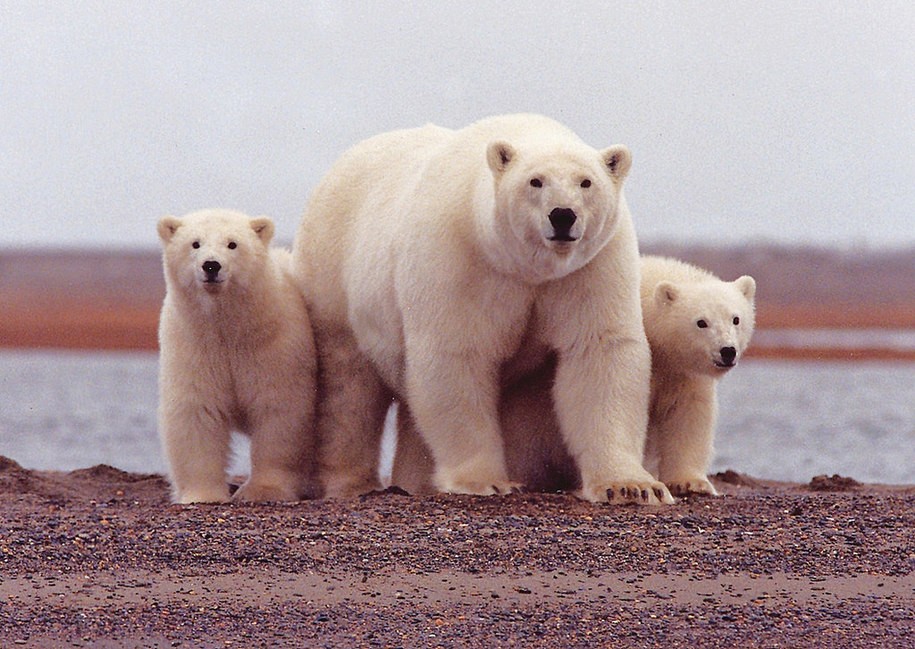 • The “stable genius” still has the U.S. levying tariffs on products to fight the coronavirus: A report by the Peterson Institute last month noted the tariffs on medical products have slowed down the amount being imported. These include N-95 respirator masks with a 7% U.S. tariff; 5% on hand sanitizer; 4.5% on protective medical clothing; 2.5% on goggles; and 6.4-8.3% on other medical headwear.

• Juneau’s joke-a-day idea hasn’t yet gone viral: City officials in the Alaska capital decided some levity was in order as we all adjust our lives while the coronavirus rages—a city-sponsored joke line. Two high school girls and a retired man record a joke each day by 10 AM.. It’s been popular enough that on Wednesday, the line was overwhelmed but fixed by Thursday. The trio is responsible for sourcing their own material. Citizens can submit their own jokes, too. But Dawn Welch, a city recreation planner, warns “Just good, clean, corny jokes.” Based on listening to the past two days’ fare, she’s not kidding. Snippets’ phone calls to officials in five other random U.S. cities found none with plans to start their own joke line, corny or otherwise.

• In addition to a weak healthcare system, Indonesia worsened the coronavirus pandemic there by delaying action for two months: Consequently, experts say, tens of thousands of the nation’s archipelago may die. Among them will be doctors; the virus has already killed at least 26 in Indonesia. The country has seven times fewer physicians per capita than the U.S. Gravediggers can’t keep up with the bodies; coffins are in short supply. As much of the economy shuts down, hunger is becoming an issue for migrant workers. Until recently, for all the nation’s 17,000 islands, there was a single testing facility. As in the U.S., medical protection gear is in short supply. Social distancing protocols were not put in place. Following a similar trajectory as the Trump regime, Indonesian President Joko “Jokowi” Widodo downplayed the spread of Covid-19 to protect the economy, which is taking big hits, including tourism to Bali and other islands. Like Trump, he backed an unproven remedy to prevent contracting the disease, although his prescription combines red ginger, lemongrass, turmeric, and curcuma, a concoction without the deadly side-effects of Trump’s proposed injection of disinfectant.

• Asteroid 52678 (1998 OR2) will pass by the Earth Wednesday: Depending on your perspective, it’ll be either a close call or a huge miss since the 1.2 mile-wide visitor is expected to glide past the Earth 3.8 million miles away. That’s 16 times farther than the average distance to the Moon. If it were to hit the Earth, it’s large enough to cause “global effects,” according to NASA when it was first discovered. The Chicxculub asteroid, arguably the most famous even though it’s the most recently discovered, is blamed for the extermination of all but the avian dinosaurs and a good portion of the rest of land life 65 million years ago. Speculation has it that Chicxculub raised the largest tsunamis ever seen on the planet. But it was 7 to 50 miles across. And the truth is that, except for the extinction part, most of what is thought to have resulted from the impact is educated guesswork based on reasonable but not yet proved assumptions.

• Research team from India names newly found snake species after Salazar Slytherin: Their findings regarding the green pit viper were published in the journal Zoosystematics and Evolution. In case you are not acquainted with the extremely popular Harry Potter series of fictional books and movies, Slytherin was one of the founders of the Hogwarts School of Witchcraft and Wizardry,

• Teenage Muslim activists carve themselves a place in the climate movement: Samira Sadeque at The Lily spotlights the newly formed Muslim Caucus of the U.S. Youth Climate Strike movement. Eighteen-year-old Sana Shaikh started the caucus so that Muslim activists could connect and share their experiences. “Muslim voices are often overlooked or silenced, even in youth movements, so I wanted to create a Muslim caucus as a space for us to be heard,” said Shaikh, who is from Whippany, N.J. The 25 caucus members are all women or non-binary gender. This matters, they say, because Muslim women are disproportionately affected by Islamophobia. In 2018, one member, Sidrah Ahmad, created a tool kit for Muslim women who have experienced Islamophobia. “If you overstep you’re too Muslim, but if you don’t say enough you’re not Muslim enough,” according to Sabreen Tuku, a Seattle activist says of the challenges of navigating such a political and social landscape while working for social justice.

Herd immunity: Why some think it could end the coronavirus pandemic

Herd immunity: Why some think it could end the coronavirus pandemic