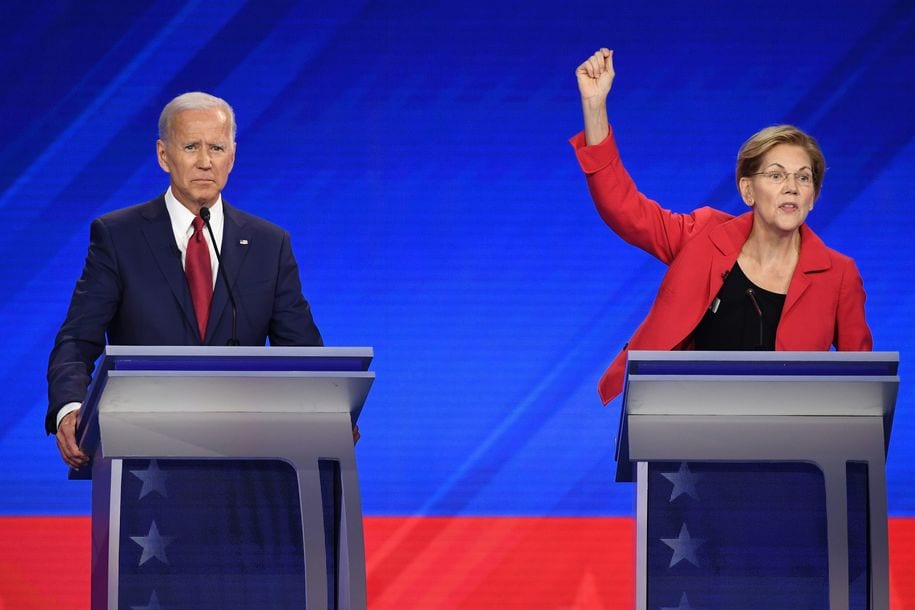 Surprisingly consistent results across the two polls for who Democrats think Biden should pick. But the “should consider” numbers are a new way to look at the question, and it shows that Warren passes muster with the largest number of Democrats.

If asked, I would say “should consider” to all of them except for Klobuchar. It’s a real measure of voter tolerance for those candidates. 71% is solid.

As I’ve written time and time again (and will keep writing), a vice-presidential nominee has one job: to help get the ticket elected. Everything else is secondary. And with a party still divided, 2016-style, it is critical that Biden pick someone who pulls the party’s left flank into the fold.

As much of a Warren stan as I am, I still think that former Georgia state House Democratic leader Stacey Abrams is the safest bet, making everyone happy.. She would (eventually, with time) pacify the left, while rewarding Biden’s critical Black supporters. My head says Abrams. But my heart? I’d be beyond thrilled with a Warren pick, as she’d immediately electrify the ticket, unite the party, and we’d have the smartest Democrat, armed with binders full of (very liberal!) plans, in the White House.

This is also interesting. Among Black voters:

Warren does better than any of the other top candidates, including the two Black women—California Sen. Kamala Harris and Abrams. Warren did a great deal of outreach to the Black community during the primary, and all her plans have a strong intersectional, social-justice component. That work was for naught in the primary, as Biden had a lock with the Black vote, but it seems to be paying dividends now. The bottom line? Just as many Black Democrats want Warren considered as white Democrats. There is zero drop-off.

More surprising, Harris is really struggling with Black voters, despite likely having greater name recognition than a Georgia state-level politician.

So let’s read some tea leaves:

Biden has put Ted Kaufman in charge of his transition planning, including the VP pick. Kaufman is Biden’s former chief-of-staff, and served two years in the Senate as a caretaker when Biden was promoted to the White House. In those two short years, Kaufman established himself as a fierce critic of Wall Street, in the mold of Warren. But more than that, Kaufman was already part of a Biden effort to draft Warren as a VP—back in 2016!—as he considered joining the primary against Hillary Clinton.

Biden, a senior Democratic official said, first mentioned Warren as a possible running mate during his earliest strategy sessions with a team of advisers that included friends Mike Donilon, Steve Richetti and Ted Kaufman; Donilon, the person said, was particularly enthusiastic about it […]

And Biden broached the idea, almost matter of factly, to Warren during a much-hyped lunch meeting at the vice president’s residence on the grounds of the Naval Observatory last September […]

But Kaufman, a former Delaware senator and Biden’s longtime aide and confidant, said Warren was a subject of discussion within Biden’s inner circle as he pondered a presidential run.

“She’s someone that was discussed,” Kaufman said. “She’s clearly someone anyone would consider.”

Pretty big leaf, huh? This shows that 1) Biden has been enamored by the idea of joining forces with her for some time now, and 2) he’s not ideologically opposed to her. Indeed, Biden seems less ideologue, and more practical politician. He’s more interested in what will help him win and govern effectively, than in keeping certain people or groups happy (like Wall Street donors, who are all freaking out). He certainly doesn’t have an ideological aversion to going hard against Wall Street—which will make him easier to rally around when the campaign begins in earnest. (The pandemic has certainly scrambled the usual calendar.)

At this point, there are two major arguments against Warren—first, the idea that Black voters are demanding a Black VP, and that’s not borne out of the polling or from prominent Black leaders, and two, that picking her endangers her Massachusetts Senate seat.

That second one I’ll address tomorrow, but spoiler: it’s not a problem.

Coronavirus: Treating Delhi's dogs and cats in the pandemic

A 50-state experiment: How and when will states reopen?

A 50-state experiment: How and when will states reopen?