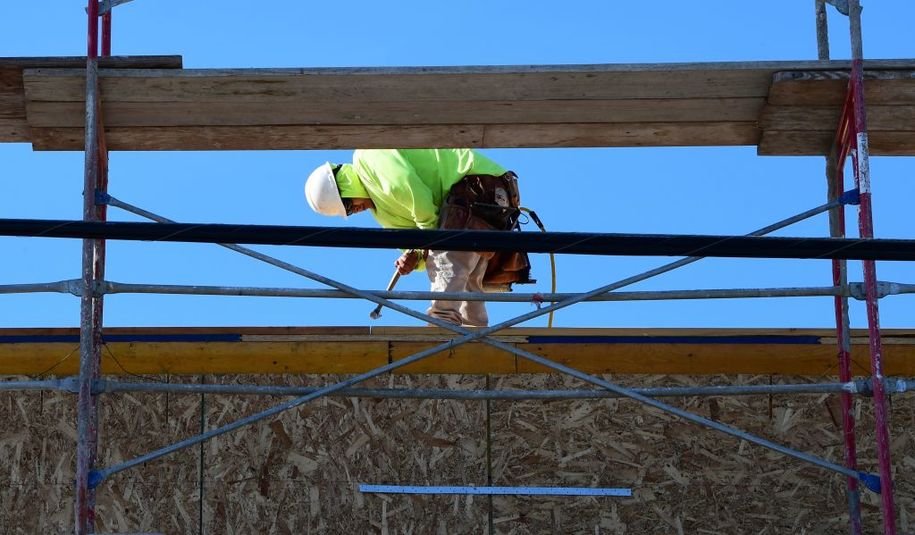 The new claims numbers are seasonally adjusted. That is, statisticians apply a formula to smooth out the peaks and valleys in monthly new claims. In “normal” times this calculation gives a more accurate overall view of what is happening than the unadjusted numbers do. Shierholz points out that in times of big changes, especially the unprecedentedly rapid changes now happening, the seasonal adjustments can be “distortionary.” The unadjusted new claims total slightly less, at 24.4 million. Add in that 5.8 million who were already out of work and we get an 18.5% unemployment rate. Still scary. Still more to come.

When the government releases its monthly unemployment report for April two weeks from now, it won’t mesh with the devastating reality that is affecting all Americans, though differentially. Just as was the case with the March report, April’s won’t include all the millions of out-of-work people for two reasons. First, the two surveys of business establishments and households that the Bureau of Labor Statistics uses to put together the monthly report are completed in the week that includes the 12th of each month. This means the April job report will cover the last half of March and the first half of April. Second, as Shierholz points out, jobless workers who aren’t actively seeking work because they can’t due to coronavirus protocols will be counted as no longer being in the labor force instead of as unemployed. That means no matter how bad things will look in that report, the job situation will look better than it actually is.

According to Patricia Cohen at The New York Times:

Reports of delays, interruptions and glitches continue to come in from workers who have been unable to get into the system, from early filers who complain they have yet to receive any money and from applicants who say they have been unfairly turned down and unable to appeal.

“Speed matters” when it comes to government assistance, said Carl Tannenbaum, chief economist at Northern Trust. Speed can mean the difference between a company’s survival and its failure, or between making a home mortgage payment and facing foreclosure.

One of the worst of these problems came when New York state’s unemployment system collapsed from the deluge of new claims applications. That, officials claim, has been remedied.

In a survey the Pew Research Center released Tuesday, 43% of U.S. adults said they or someone in their household has either been laid off or had their pay cut because of the coronavirus pandemic. Among lower-income households—below $37,500 for a family of three—this has happened to 52%. It’s 42% for middle-income families, and 32% for the upper income tier (earnings over $112,600). Among lower-income adults, only one-fourth have enough money socked away to cover a three-month emergency.

Race also matters. Some 61% of Latino adults said they or someone in their household has lost a job or taken a pay cut, compared with 44% for African Americans and 38% for whites.

As in all recessions, job loss in this recession is not being meted out equally. Many of the jobs in at-risk sectors are low-wage jobs, like those in restaurants and bars, hotels, personal services, and brick-and-mortar retail. That means low-wage workers are seeing disproportionate job loss. We also have initial data on job loss by gender, and it shows that women have been hit harder by job loss than men. We don’t yet have solid job loss numbers by race and ethnicity, but because black and Hispanic workers are more concentrated in front-line service jobs that have been hit hard by social distancing, black and Hispanic people are almost surely experiencing greater job loss. And of course, workers aren’t just losing their jobs. Our health care system ties health insurance to work, so millions of workers have likely already lost their employer-provided health insurance.