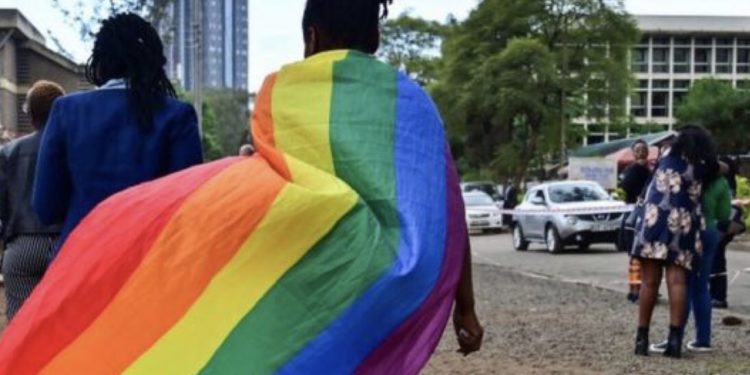 27
SHARES
151
VIEWS
Share on FacebookShare on TwitterShare on WhatsApp

The Proper Human Sexual and Ghanaian Family Bill drafted by eight legislators, will officially be laid before Parliament on Monday, August 2.

After 21 days of public gazetting, the anti-LGBTQ+ Bill to outlaw the involvement, promotion, propagation, advocacy, support or funding for its related activities, will finally be brought before the House for deliberation.

This was revealed by Parliamentary Correspondent, Joseph Opoku Gakpo on Joy FM’s Midday News on Friday.

“It is the only private members’ Bill. It is expected that Samuel George and seven MPs who are championing it, will lay it on the floor and move the motion so that it subsequently gets referred to the Constitution and Legal Access Committee of Parliament,” he said.

According to him, the House in its Business Statement is expected to go through the first reading of five bills.

Meanwhile, Speaker Alban Bagbin has cautioned persons threatening the lives of the MPs sponsoring the Bill to desist from such acts, adding that no individual can dictate how to run the country, to lawmakers.

He noted that Parliament will at the earliest possible time pass the anti-LGBTQ bill.

The recent anti-LGBT bill drafted by some eight Ghanaian legislators has created several controversies since it was sighted on social media.

The discussion as to whether the 36-page bill indeed seeks to infringe on the human rights of citizens as well as silence free speech has been ongoing since Thursday, July 22.

The eight legislators spearheading the fight against same-sex relationships in the country through this bill are; MP for Ningo-Prampram, Sam George, Ho West MP, Emmanuel Bedzrah, MP for Kpando, Della Adjoa Sowah, and John Ntim Fordjour, the MP for Assin South.

Collins Dauda, 4 others in court for causing $200m financial loss to state