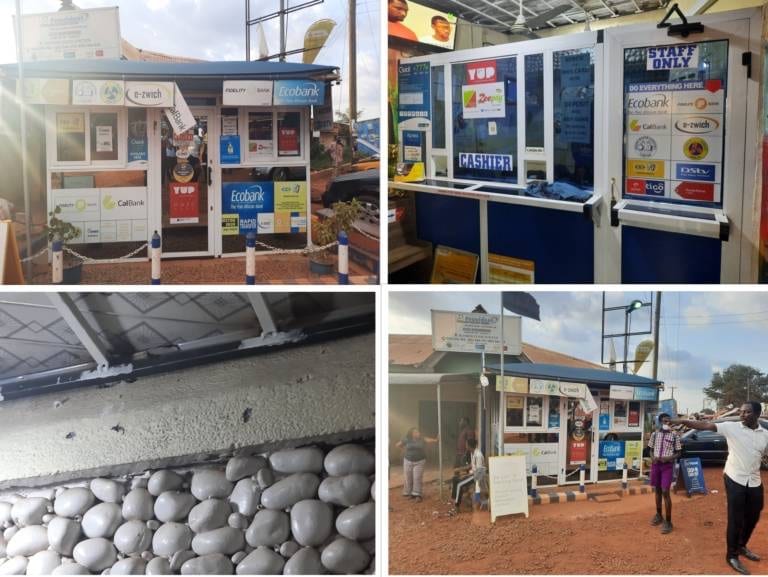 14
SHARES
77
VIEWS
Share on FacebookShare on TwitterShare on WhatsApp

Ghana have seen increasing level of armed robbery cases in recent weeks making doing business to be a highly risky thing to do in the West African Country.

The latest has to do with gunmen holding a shop owner hostage in Kumasi the Ashanti Regional Capital while they robbed them of some 140,000 cedis.

Report available to our desk reveals that a shop offering financial Service, CSSL Enterprise, has been robbed of over ¢140,000 at Buokrom Estate Junction in Kumasi the Ashanti Regional Capital.

Collins Dapaah who tried to foil the robbery attack was one of the person who sustained severe injuries from gunshots during the incident as he was shot multiple times by the gang.

According to one of the ladies who works at the shop, they were held hostage at gunpoint while the robbers shot into the roof of the office three times as they requested for the money they had on them.

Narrating how it all happened, One of the victims said The armed robbers held them hostage in one corner of the shop demanding the money they have in the shop else they will be shot l.

“We were attending to a customer when a fair tall man entered and held the customer. We thought they were about to fight.

“But it turned out to be a robbery. He then furiously commanded everyone to lie down else he will kill us all, and he took all the money,” One of the robbery victims narrates the incident amidst tears.

Days ago, a similar Robbery case happened in Kumasi with gunmen storming a Mobile Money vendor in the heart of Bantama to rob her of her money.

Issue of security has become a concern in Ghana with no day passing without story of either robbery, abduction or some form of crime.

One of the staff who spotted danger early, was able to make her way to the washroom, placing a phone call to a neighbour, Collins Dapaah for help.

She said one of the robbers heard her but she was lucky because he was unable to find her hideout.

Mr Dapaah who attempted to go in to help the staff was shot at the entrance of the shop.

When it comes to the press Freedom, I am certain I have nothing to apologise for-Nana Akufo Addo