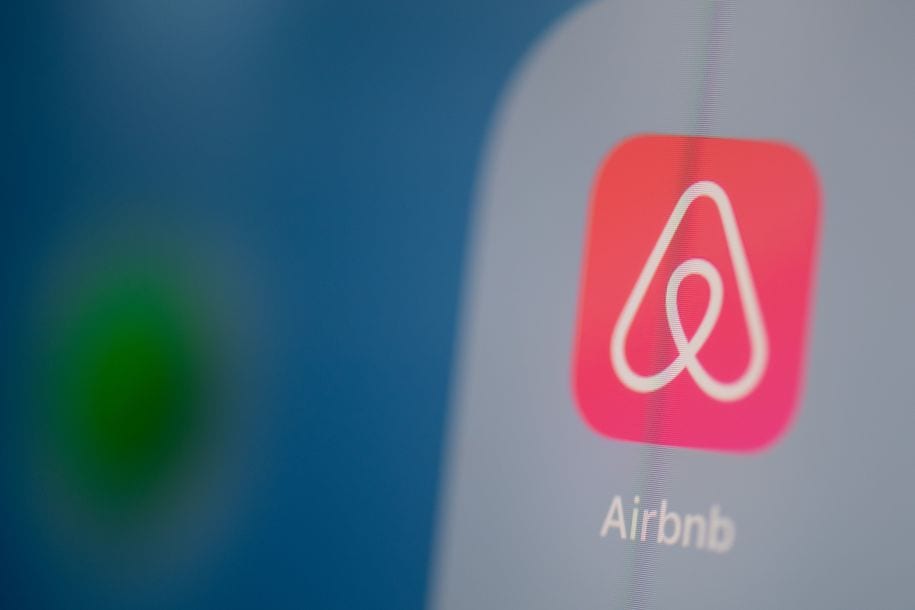 In “destination” cities with emerging and surging housing crises, Airbnb has long been blamed for removing long-term rentals from the housing market. As Cheryl Dopp tells The Journal, her Jersey City Airbnb property could rake in $8000 a month from short-term rentals; she’d only make half of that with a typical, long-term tenant. Who wouldn’t take what Dopp calls “magical money?”

Who is the PR mastermind that managed to get airbnb, uber, etc named “the sharing economy” and not “the fuck-your-labor-laws-and-rent-control economy”

Since the pandemic, however, Dopp, an IT contractor who owns at least two more Airbnb properties, has seen her revenue plummet, but she still faces overhead costs of $22,000 a month. Dopp characterizes her plunge into the Airbnb industry as a “bargain with the devil.” She’s already taking steps to get out of the Airbnb game, even as she scrambles to get a bit of relief currently being offered by both banks and the federal government.

“I don’t want to bargain with the devil any more,” Dopp told The Journal.

Yet who is the devil here? Is it Airbnb, which takes commissions for connecting hosts with travelers looking for a cheaper, different option for lodging than a hotel or motel can offer? The scrappy startup, which has survived everything from city bans to congressional scrutiny and was planning to go public in 2020, was born in 2008 when two roommates were struggling to make rent. As a tech conference loomed and hotels sold out, they bought three air mattresses and found three attendees willing to pay $80 a night to sleep on them. The startup evolved as it weathered controversy, rejection, and criticism, finally gaining major traction in 2011. Since then, as The Journal reports, the website has attracted a variety of users, ready to make that “magical money.”

Smaller players have spent hundreds of thousands of dollars each buying homes for short-term rentals. Jennifer Kelleher-Hazlett of Clawson, Mich., spent about $380,000 to buy two Michigan properties in 2018. She said she and her husband cashed out their financial investments and borrowed $100,000 from employers to furnish them.

The 47-year-old expected to net up to $7,000 a month from Airbnb after mortgage payments, supplementing her income as a part-time pharmacist and her husband’s as a schoolteacher. Before the virus struck, the couple was considering buying more homes. Now, they can’t make mortgage payments because no one is booking, she said. “We’re either borrowing more or defaulting.”

What makes Airbnb such an appealing prospect is that payoff. At up to $7,000 a month, Kelleher-Hazlett and her husband likely, and reasonably, in the Before COVID-19 times, to recoup their initial investment and pay off their bosses in less than three years. Now they’re on the verge of losing everything.

Larger players, such as Jennifer and David Landrum of Atlanta, who are on the hook for 39 properties while tourism and the city’s ever-growing entertainment industry are at a halt, are on the verge of selling their house to make ends meet. What an ironic horror.

Airbnb has offered little support to hosts; individually-set refund policies were overridden by the platform, a fine-print right that hosts either never noticed or never believed would be exercised. Those full refunds, for the most part, were not covered by Airbnb, which frustrates the hosts interviewed by The Journal. The platform is giving hosts just 25% of those canceled revenues, with a cap of $5,000 per host. While that might benefit a two-home host like Kelleher-Hazlett, for folks like the Landrums, it’s basically no help at all.

Yet does Airbnb owe anything to the hosts? These small businesspeople are demanding restitution for money they would have gotten to keep in other circumstances. Just because Dopp could bring in $8,000 in revenue from one Jersey City house listed on Airbnb doesn’t mean Airbnb owes her that revenue.

I for one toast the death of the AirBnB industry, if that is indeed what is happening.

They ruined our cities. pic.twitter.com/80p5M9FkCC

The Journal piece, which is worth reading, fails mightily to make sympathetic characters of the struggling Airbnb hosts; the Landrums, for instance, speak of devastation while also boasting that they earn $1.3 million in revenues with just $130,000 in annual costs (above mortgages). Dopp was making, off just one property, more than most people take home in a month, and so was Kelleher-Hazlett. While nobody could have planned for a pandemic, it seems like it was naïveté and bright-eyed inexperience that left everyone The Journal spoke to without a rainy day fund.

“Hosts should’ve always been prepared for this income to go away,” said Gina Marotta, a principal at Argentia Group Inc., which does credit-risk analysis for real-estate loans. “Instead, they built an expensive lifestyle feeding off of it.”

In a world where minimum wage is just $7.25 an hour and we’re constantly told how many Americans live paycheck to paycheck, it’s hard to feel sympathy for folks.

People keep saying there’s no silver lining to the pandemic, but I guess they haven’t read the articles about AirBnB hosts learning for the first time that real-estate speculation involves risk

Critics of the platform blame it for enabling hosts to take homes out of the long-term housing market during a global housing crisis; the bittersweet reality that the long-term rental market would likely be serving them better—both now and in coming months as the world rebounds and recalibrates—is unlikely to go unnoticed.

It remains unclear what sort of impact the COVID-19 shutdown might have on the housing market in the long run, but, as Money reports, people are already speculating on big-picture ripple effects, both good and bad.

Austin Hankwitz, a Nashville native and financial analyst, believes that the outbreak has caused a housing bubble effect for Airbnb, which could potentially give millennials and younger homebuyers an opportunity to purchase a home at an affordable price sooner than they thought.

“Airbnb is a fantastic tool for those who travel often, but unfortunately, that’s not happening right now,” said Hankwitz. “This lack of travel and tourism is already causing Airbnb hosts to slash their prices by more than 80% in some cities. If this goes on for much longer, a lot of these cash-strapped hosts will be forced to sell their properties. This flood of new properties for sale might cause home prices to drop sharply in a short period of time. Add to this scenario baby boomers that are considering downsizing to pull equity out of their current homes to aid their retirement funds, and you have a recipe for disaster.”

In the meantime, obvious Airbnb listings have been popping up on traditional housing sites like Zillow, as homeowners scramble to squeeze any income at all from their devil’s bargain.