As the coronavirus rages, the epidemic of gun violence surges 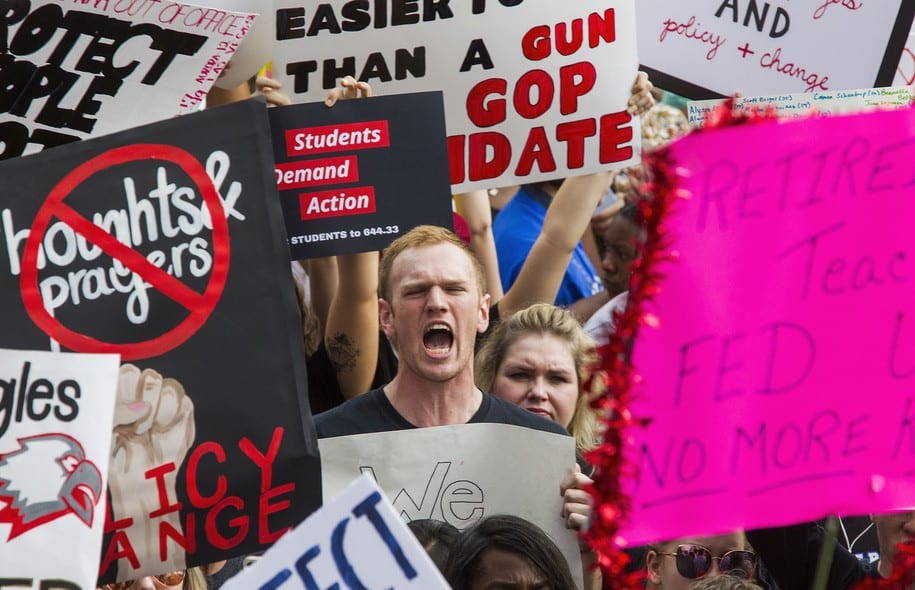 Mayors from cities across the country are asking Congress to step in and provide additional funding for frontline workers who work to prevent the spread of gun violence. In a letter sent on Friday by the gun violence advocacy group Giffords to Senate and House leadership, the mayors of 17 cities—including Los Angeles, Oakland, Philadelphia, Baltimore, Richmond, Pittsburgh, and Newark—are asking for additional funding specifically to address the spike in gun violence. “Our emergency resources are dedicated to protecting public health and safety, but we do not have enough health care resources to fight both these battles,” the letter reads. “We need our health care resources to combat COVID-19, and we need specific resources to tackle gun violence and support the frontline workers and organizations who are already working to do so.”

With looming budget cuts due to the funds spent fighting COVID-19, some mayors are worried that money that would be used to support vulnerable communities and curb gun violence are on the chopping block. In many cases, these communities are also being disproportionately ravaged by COVID-19, and as a result violence interrupters in these communities have had to take on a duel role not just as community mediators but as health advocates. […]

“Science is the acceptance of what works and the rejection of what does not. That needs more courage than we might think.”
~~Jacob Bronowski, The Common Sense of Science (1951)

At Daily Kos on this date in 2006—An “Absurd” Defense of U.S. Torture Policy:

The U.S. launched a defense of its policy on human rights today at a hearing meant to evaluate American compliance with the U.N. Convention Against Torture.  It marked the first time in six  years that the U.S. has appeared before the U.N. panel.  The panelists grilled the U.S. delegation on Guantanamo, the U.S. definition of torture, and more.  In its written report to the committee, the U.S. delegation made the following statement:

“The US government does not permit, tolerate, or condone torture, or other unlawful practices, by its personnel or employees under any circumstances.”

It is against that blunt denial of abuse that the committee is examining U.S. compliance with its international obligations.  The committee is examining what one U.N. official called “the longest list of issues I have ever seen.”  Despite being pounded with report after report of detainee abuse, the U.S. delegation stuck to its blanket denial, repeatedly dismissing allegations of torture as “absurd.”

On today’s Kagro in the Morning show: May you be forced to listen to Force jokes! Greg Dworkin rounds up plagues & polls. Republicans distancing from Trump. Bad penny O’Donnell returns! Can’t protest your gov because he’s Republican? Protest a woman! China replaces an absent America.

Fauci says calls for his dismissal are ‘part of the game’

Fauci says calls for his dismissal are 'part of the game'