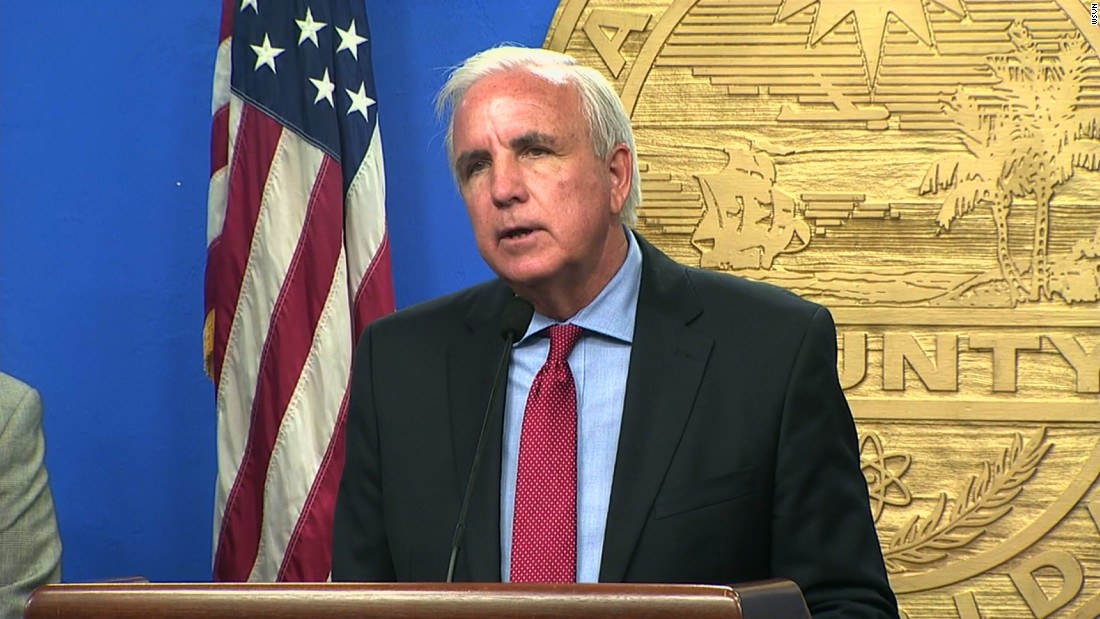 The findings add to a growing body of evidence suggesting that people who don’t feel sick are contributing to the spread of the deadly virus that has swept the world.

Miami-Dade County and the University of Miami Miller School of Medicine conducted a random antibody testing study of the county’s 2.75 million residents, with about 1,800 people participating, Miami Mayor Carlos Gimenez said Friday during a news conference.

The data showed 6% of the people in the study tested positive for Covid-19 antibodies, which extrapolates to around 165,000 residents, Gimenez said.

In comparison, the Florida Department of Health says 10,701 people have tested positive in Miami-Dade County.

That means that the actual number of Covid-19 cases in Miami-Dade County is about 16.5 times the number reported by the state, Gimenez said.

Gimenez said this appears to mean a significant number of his constituents were carrying the virus while being asymptomatic. He emphasized that imposing social distancing requirements has worked.

For that reason, Gimenez said any reopening strategy will require strict rules regarding social distancing with police enforcement of those rules.

“Identifying the number of asymptomatic individuals is critically important for public health,” Gimenez said. “Like I have said before, those are the folks who can pass on the virus to the most vulnerable.”

The data shows that the African Americans and Caribbean communities might be twice as likely to be infected with Covid-19 than other racial groups, Gimenez said.

The Washington state study was performed by researchers from the US Centers for Disease Control and Prevention and the health departments of Washington and Seattle-King County.

The study did not identify the nursing home, so it’s not known if the researchers investigated Life Care Center in Kirkland, which became the first epicenter for the coronavirus. At least 35 coronavirus deaths are associated with the facility, according to officials. The virus infected two-thirds of residents and dozens of staff members.

In the study released Friday, more than half of the residents at a nursing home tested positive for coronavirus without showing symptoms.

“Transmission from asymptomatic residents infected with (the coronavirus) most likely contributed to the rapid and extensive spread of infection to other residents and staff,” the researchers wrote in their study, published in the New England Journal of Medicine.

Just over three weeks after the nursing home’s first case was identified, 64% of residents had been infected with the virus, researchers said. One in four infected residents died.

Of those who tested positive, 56% didn’t feel sick at the time, the researchers said. But most of them later developed symptoms, which means they were pre-symptomatic when they got tested, according to the study.

Most coronavirus tests look for snippets of genetic material from the virus, so positive tests don’t always mean someone is infectious.

But in this study, researchers found that more than two-thirds of people were giving off live, infectious virus when they tested positive before showing symptoms.

The researchers cautioned their study was conducted in nursing homes, which means it can’t necessarily be generalized to the public at large.

Still, the study supports the use of face masks when people are in crowded places, according to a commentary published in the NEJM by virologist Diane Havlir of the University of California, San Francisco, and her colleagues.

The findings also mean that people without symptoms may need to be tested in so-called congregate living situations, like such as nursing homes, prisons and homeless shelters, they said.

“Current U.S. testing capability must increase immediately for this strategy to be implemented,” they said. “This unprecedented pandemic calls for unprecedented measures to achieve its ultimate defeat.”

Two other studies, from Boston and Iceland

Other studies have found many people who have or had the coronavirus and didn’t know it and that asymptomatic people are helping to spread to the virus.

An outbreak in a Boston homeless shelter prompted officials to do more testing. Of the 146 people who tested positive, all of them were considered asymptomatic, the study found.
A study in Santa Clara County, California, estimated that 2.49% to 4.16% of people in the country had been infected with Covid-19 by April 1. This represents between 48,000 and 81,000 people, which is 50 to 85 times what county officials recorded by that date: 956 confirmed cases.
In Iceland, testing showed that fewer than 1% of the tests came back positive for the virus, according to the founder of the testing company. But around 50% of those who tested positive said they were asymptomatic.