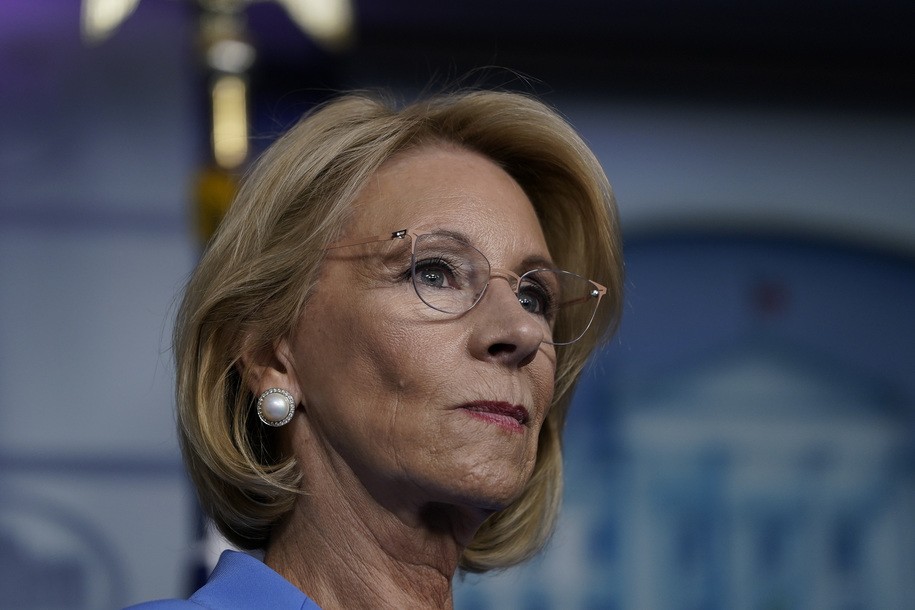 Luz Chavez Gonzales, a junior at Trinity Washington University, said DeVos’ “cruel” move affects her entire family. “Since the outbreak of COVID-19, I’ve become the sole provider of my household since my parents and younger siblings lost their jobs,” she said in a statement received by Daily Kos. “We’ve had to cut back and budget on essential items. DACA allows me to work, and with a health crisis and the uncertainty of an upcoming DACA Supreme Court ruling, my family could lose their only source of income.”

A 2017 survey of DACA recipients found that 45% of respondents were in school, and of those, 72% were pursuing a BA or higher, meaning DeVos’ decision could leave many out in the cold. “Congress gave these funds to colleges and universities to help students like me and help alleviate some of these stressors,” Chavez Gonzales continued, “but time and time again this administration has proven their callousness for the undocumented community.”

In another example of the administration’s callousness, internal emails obtained by immigrant rights advocates show that the administration’s assurances that DACA recipients’ personal information would be protected has been a lie, after ProPublica reported that Immigration and Customs Enforcement does in fact has access to that data. “Those assurances—given to Congress under oath and in lawsuits over the program—were incomplete or misleading,” ProPublica’s Dara Lind reported.

Education advocates like National Education Association slammed the department’s guidance, calling it a “heartless decision” and continued agenda of “division, xenophobia and scapegoating of immigrants.” Much of the nation is on pause right now as a matter of public health, but if there’s one thing the Trump administration won’t halt right now, it’s being hateful.