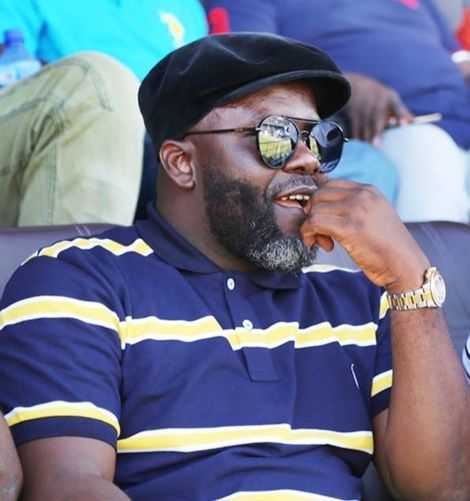 Former Ghana International Samuel Osei Kuffour has recounted one of the bitter moments in his career after missing out on the Africa Footballer of the Year in 1999 and 2001.

The former Black Stars defender had crowning moments in his career in both years winning the German Bundesliga and UEFA Champions League with Bayern Munich.

With everything seemed to be going Kuffour’s way to be crowned the Footballer of the year in 1999 having reached the Champions League finals, the award was surprisingly handed to ex-Nigerian star  Nwankwo Kanu.

“I think I should have won the two of them,” Kuffour tolf Goal on Saturday, “because in 1999, Kanu was injured for [almost] the whole year. He scored a hat-trick [against Chelsea] but how many games did he play? Last time, he and I were debating, we were talking about it.

“Kanu and I go a long way, we have been very good friends. We were discussing the issue and it turned into laughter. For me, I think I deserved to win in 1999. Even the guy who came third, [Ibrahima] Bakayoko [of Mali] told me I deserved to win it.

The celebrated Ghanaian footballer again missed out on the accolade two years later, a year he won the UEFA Champions League with the German giants.

The ex-Ghana Star was left frustrated after conspicuously missing out to Senegalese  El Hadji Diouf.

“In 2001, even for the BBC African Player of the Year, El-Hadji Diouf was not even part of it. It was me, Mohammed Kallon of Sierra Leone and Samuel Eto’o. So why should El-Hadji Diouf win [the Caf award]?

“You play Africa Cup of Nations in January and you didn’t win the trophy. I won the league, FA Cup, the Champions League, the Inter-continental Cup – I was the [Man of the Match], I was the best defender in the German league, so how? I don’t know. I don’t think about it. We talk about it and we laugh – me and my children.”

“I don’t have a low moment of my career because in my career, I was consistent. The consistency was very key for me because if you want to be the best, you cannot play for just two years and become the best,” the centre-back opined.

“For me to be recognised among the 30 Best African Players of All-Time and being the only defender, I think it was a great achievement for me.”

Legend Abedi Pele remains the last Ghanaian to have won the Africa Footballer of the Year award after winning it on three successive occasions, thus in 1991,1992 and 1993.

Chris Pratt and Katherine Schwarzenegger Are Expecting Their First Baby Together