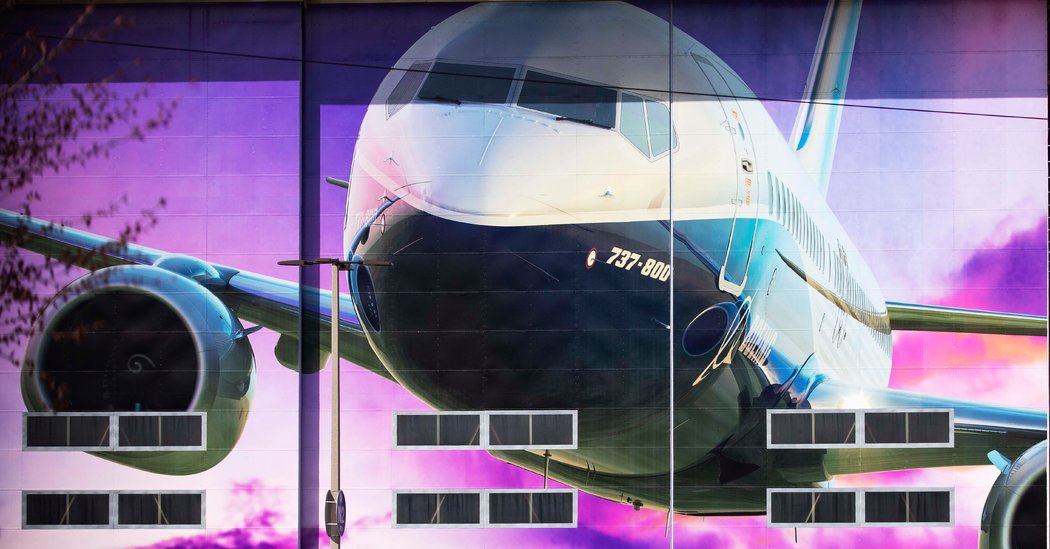 Boeing plans to resume commercial airplane production in Washington State by bringing about 27,000 employees back to work, the company said on Thursday. Most will return by the end of next week.

The announcement is the first attempt at large-scale resumption of business activity by a U.S. corporation since the coronavirus outbreak forced companies and government officials to shut down most nonessential work. President Trump is encouraging businesses and states to reopen the economy by May 1 or earlier.

“Following thorough reviews of local conditions, we’ve started restoring operations at some sites where work has been suspended,” Boeing’s chief executive, Dave Calhoun, said in a letter to employees ahead of the announcement. This week, the company brought about 2,500 employees in the state back to work, most of them focused on defense production operations.

Of Boeing’s approximately 160,000 employees worldwide, there are at least 66 current confirmed coronavirus cases. At least 124 others have recovered after being infected.

The Seattle area was an early U.S. hot spot for coronavirus infections and deaths. Washington State has recorded more than 10,000 confirmed cases and more than 550 deaths. But spread of the virus has slowed in recent weeks and experts have credited containment strategies put in place by government officials and businesses.

Boeing employees who return to work in the coming week will find new health and safety precautions in place, such as staggered start times and spread-out work areas, the company said. But a company spokesman, Charles Bickers, said Boeing would not test employees for the virus.

Face coverings will be required and provided to those who don’t bring their own, and other personal protective equipment will be available to employees who are unable to distance themselves from colleagues for extended periods, the company said. Signs and floor markings will remind employees to stay apart and workers will be asked to conduct wellness checks on themselves before every shift and submit to temperature screenings at many manufacturing sites.

“The health and safety of our employees, their families and communities is our shared priority,” Stan Deal, president and chief executive of Boeing Commercial Airplanes, said in a statement. “This phased approach ensures we have a reliable supply base, our personal protective equipment is readily available and we have all of the necessary safety measures in place to resume essential work for our customers.”

The returning employees will work on the company’s 747, 767, 777 and 787 planes. The company will also begin laying the groundwork to resume production of the 737 Max, pending regulatory approval after being grounded for about a year following two deadly accidents.

Boeing could find it difficult to reopen plants while taking precautions to protect workers from the coronavirus, said Erik Gordon, a professor at the University of Michigan’s Ross School of Business.

That said, Mr. Gordon gave Boeing and other companies credit for letting employees work from home where possible.

“No company should ask anybody who can telecommute to do anything else,” he said.

The company employs about 72,000 people in Washington State. Between the returning workers and those who are able to telecommute, most of Boeing’s employees in the state will be back to work. The company said it was not yet resuming production at its plant in South Carolina.

“We have talked about the prospect of Boeing reopening because they are essential, and I’m glad they’ve committed to a robust use of P.P.E. and workplace hygiene,” Gov. Jay Inslee of Washington said in a statement. “We hope to get more details on that, and our agencies will keep talking with them to ensure workers feel safe going to work.”

In the letter to employees, Mr. Calhoun welcomed the news this week that the nation’s major airlines and the Trump administration had reached an agreement on the terms of $25 billion in government support that is intended to pay airline workers.

“Knowing that the U.S. airline industry has critical financial support through this devastating wave of the virus allows us to plan our production system for the medium- and long-term impact on air travel,” Mr. Calhoun said. “We are hopeful that governments around the world will follow the lead of the U.S. and support their aviation industry in a similar fashion.”

Mr. Calhoun also said that the aerospace industry would need government support, most likely in the form of loans.

“As you’ve heard me say before, we’re in uncharted waters. The impact of this global virus will change our business for years to come,” he said. “But we’re doing what it takes to emerge from it strong and competitive.”