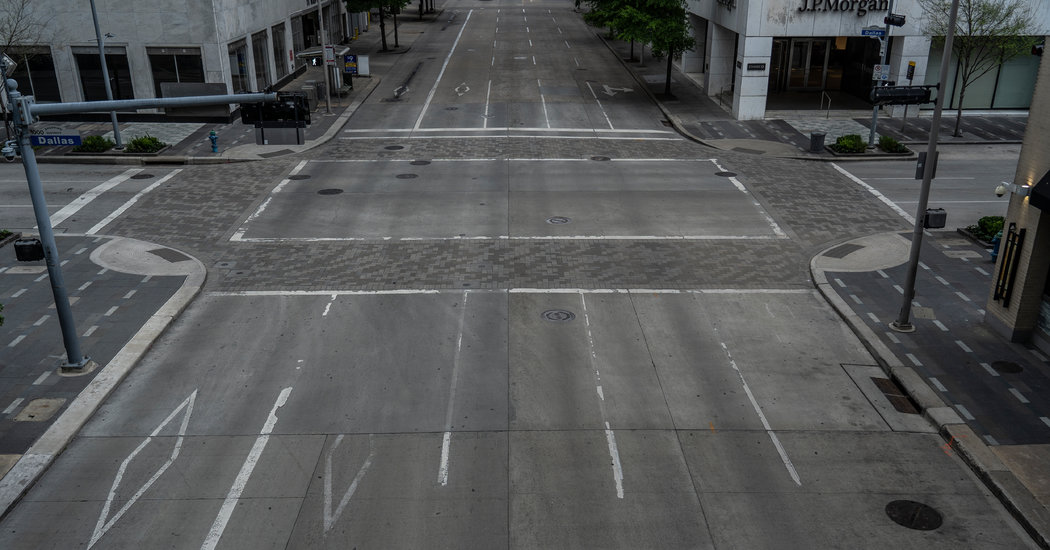 The coronavirus pandemic has united Americans of different races and income levels in deep pessimism about the economy, in contrast to the widely divergent views that prevailed before the crisis.

Highly paid or less so, black or white, investors in the stock market or not, Americans largely expect a poor or mixed performance from the economy in the coming year and prolonged damage over the next five years, according to a poll for The New York Times by the online research firm SurveyMonkey.

Those groups also roundly support the stringent limits on economic activity that state and local officials have imposed to slow the spread of the virus and minimize its death toll.

Many who have lost low-income jobs doubt that they will regain employment any time soon. But those with high incomes also expect economic troubles to persist, even though they are far less likely to have lost jobs or hours, or to be worried about losing them.

One group remains a relative holdout in expressing faith that the economy will experience continuous good times over the next five years and that their own families will be better off a year from now: conservative Republicans. They are also far more likely to oppose the restrictions on activity that public officials have put in place, saying they have gone too far.

Those divides hint at what could be an important chasm as President Trump continues to pressure local officials to get back to business more quickly, with the presidential election approaching in the fall.

Nearly six in 10 Americans expect “widespread unemployment or depression” over the next five years, according to The Times survey, conducted April 6-12. That is up from four in 10 in February, and by far the largest share in the more than three years the survey has been conducted.

Overall consumer confidence plummeted this month to its lowest level on record, the survey found. Longer-running surveys from the University of Michigan and the Conference Board show similarly steep drops.

That mounting pessimism, even among people not directly affected by the virus, highlights the hurdles facing the economy once businesses begin to reopen. If people are worried about losing their jobs, or doubt their ability to find news ones, they will be reluctant to spend, prolonging the economic malaise even if the health threat has passed.

The Times survey makes clear the severity of the damage already done. Nearly 10 percent of respondents who are not retired said they had lost a job because of the pandemic, and more than 30 percent had seen their hours cut. Over all, 33 percent of Americans of all ages said they were worse off financially than they were a year ago, up from 20 percent a month earlier.

Among those who have lost jobs, only 35 percent think they are likely to find work in the next month. Among those who are still working, 42 percent are worried about losing their jobs soon.

The recent decline in confidence cuts across political and ideological categories, separating it from other recent periods where sentiment dipped among Democrats but not Republicans. Now, moderate Republicans have turned pessimistic, even as more conservative Republicans expect the economy to fare well in coming years.

Republicans, not surprisingly, are much more likely to give Mr. Trump credit for his handling of the crisis. Some 91 percent of Republicans said they approved of Mr. Trump’s response, compared with 51 percent of independents and 22 percent of Democrats.

Across all party lines, about half of those surveyed said they approved of Congress’s response, and nearly three-quarters backed their own governor’s handling of the crisis.

When the poll was conducted, there was widespread support for the business shutdowns adopted in response to the virus. More than 80 percent of those surveyed said the shutdowns had been the right approach or should go even further.

But that was before recent protests over shutdowns in Michigan and other states, and before Mr. Trump’s latest steps toward reviving the economy. There are hints that patience, at least among Republicans, could be tenuous: 29 percent of Republicans said the shutdowns had gone too far, compared with 8 percent of Democrats.

That gap might be explained at least partly by geography. So far, the areas hit hardest by the pandemic have primarily been large coastal cities that tend to vote for Democrats. Smaller cities and rural areas in the middle of the country have, with exceptions, had few fewer coronavirus cases. Where there have been more cases, Republicans generally voiced greater support for the economic shutdown.

Black and Hispanic workers are vulnerable.

The pandemic and its economic damage have cut across industries, regions and demographic groups. But the damage has not been evenly spread.

Black workers are twice as likely as white ones to report losing their jobs because of the crisis. Hispanic workers, and low-income workers of all races and ethnicities, likewise report significantly higher rates of job loss.

Among people who still have jobs, black and Hispanic workers are much less likely to report that they are working from home — meaning they are risking exposure to the virus by continuing to work.

Those gaps could become even wider as economic activity increases. Black and Hispanic workers are disproportionately represented in service-sector jobs that cannot be done from home and do not offer paid sick leave or other benefits. That means they are more likely to have to return to work quickly, even as white-collar workers are able to wait for the spread of the virus to be more fully controlled.

About the Survey: The data in this article came from an online survey of 5,167 adults conducted by the polling firm SurveyMonkey from April 6 to April 12. The company selected respondents at random from the nearly three million people who take surveys on its platform each day. Responses were weighted to match the demographic profile of the population of the United States. The survey has a modeled error estimate (similar to a margin of error in a standard telephone poll) of plus or minus 2 percentage points, so differences of less than that amount are statistically insignificant.

COVID-19: GCNet Must Be Maintained To Revive The Economy – Sam George | General News

COVID-19: GCNet Must Be Maintained To Revive The Economy - Sam George | General News