California town is testing every resident for coronavirus and antibodies 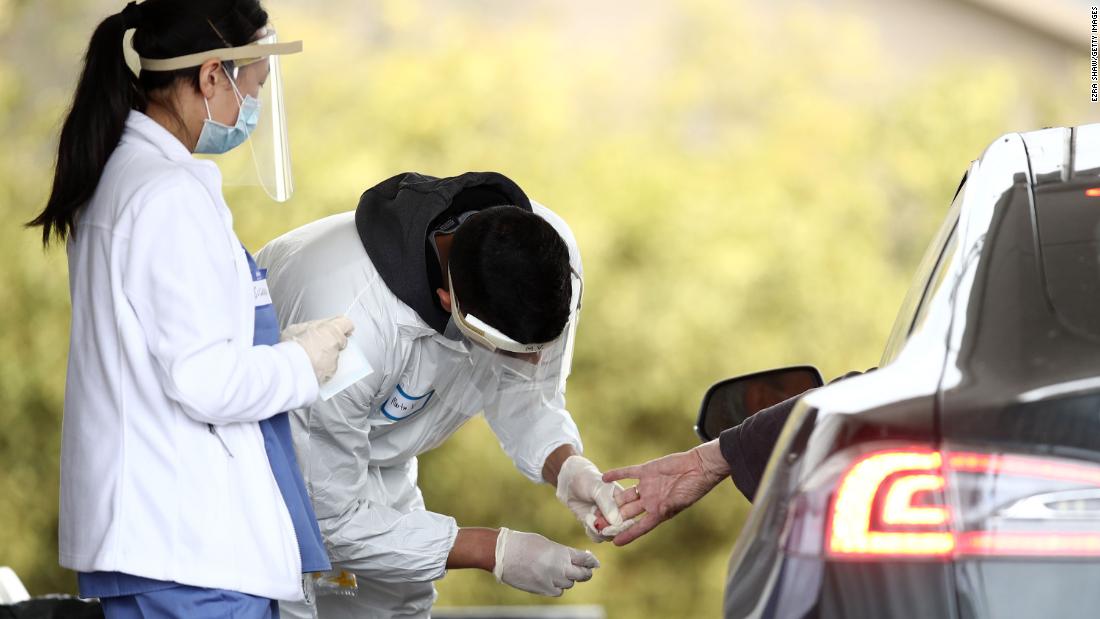 The community-wide free testing effort in Bolinas, California, is voluntary. The town is one of two communities taking part in the new study launched by the University of California, San Francisco with the aim of gaining a more complete understanding of how the virus invisibly spread during the initial shortfall of comprehensive nationwide testing.

Bolinas, with a population of fewer than 2,000 people, sits idyllically on the Pacific Ocean in rural Marin County, just north of San Francisco. Starting this past Monday, residents of this picturesque town have four days to visit a pop-up testing site to receive nasal swabs for Covid-19 infection, as well as submit for a finger prick to test for antibodies. Five days later, beginning on April 25, and in an entirely different populous, nearly 6,000 residents of a section of the densely inhabited Mission District in San Francisco will have four days of their own in which to take advantage of the testing.

More than 700 residents were tested across the first two days in Bolinas, with 302 people on Monday and another 416 on Tuesday, according to venture capitalist Jyri Engestrom, one of those responsible for making the project a reality. Along with several wealthy tech entrepreneurs, including Mark Pincus — the founder of video game maker Zynga who chipped in the first $100,000 — a GoFundMe page was launched to help raise the approximately $400,000 needed for the operation. Engestrom notes that 93% of the more than 150 donors on GoFundMe donated less than $5,000, and said they have raised around $300,000 to date.

The study is led by a team of researchers from the UCSF Division of HIV, Infectious Diseases and Global Medicine at Zuckerberg San Francisco General Hospital.

“All our public health decisions, including when it will be possible to relax regional and statewide shelter-in-place orders, are driven by rough assumptions about how this virus behaves based on very limited data,” said Bryan Greenhouse, an associate professor of medicine at UCSF and a CZ Biohub Investigator. “Studying in detail how the virus has spread in these two distinctive communities will give us crucial data points that we can extrapolate to better predict how to control the virus in similar communities nationwide.”

One of the keys to the study may be how many people ultimately submit to the voluntary testing, and as only two days of tests has so far occurred, it may be too early to assess the turnout in the initial stages of the study. There is hope however among the study’s organizers that there will be ample demand. The study was proposed in Bolinas as the result of local, grassroots efforts and inspired by earlier efforts in the Italian city of Vo, which tested nearly its entire community and dramatically reduced new coronavirus infections.

Last month, an effort by San Miguel County in southwestern Colorado had sought to be the first to sample an entire county in the United States, but the effort was later put on hold when troubles arose with the lab conducting the tests. The county, peppered with 14,000 foot plus peaks, had partnered with United Biomedical, Inc. to conduct the testing, and intended to begin with the more than 7,000 residents in the famed ski town of Telluride, before ultimately delaying the effort.

Quibi Sent These Podcasters A Cease-And-Desist, So Now They’re Out For Blood

Quibi Sent These Podcasters A Cease-And-Desist, So Now They’re Out For Blood