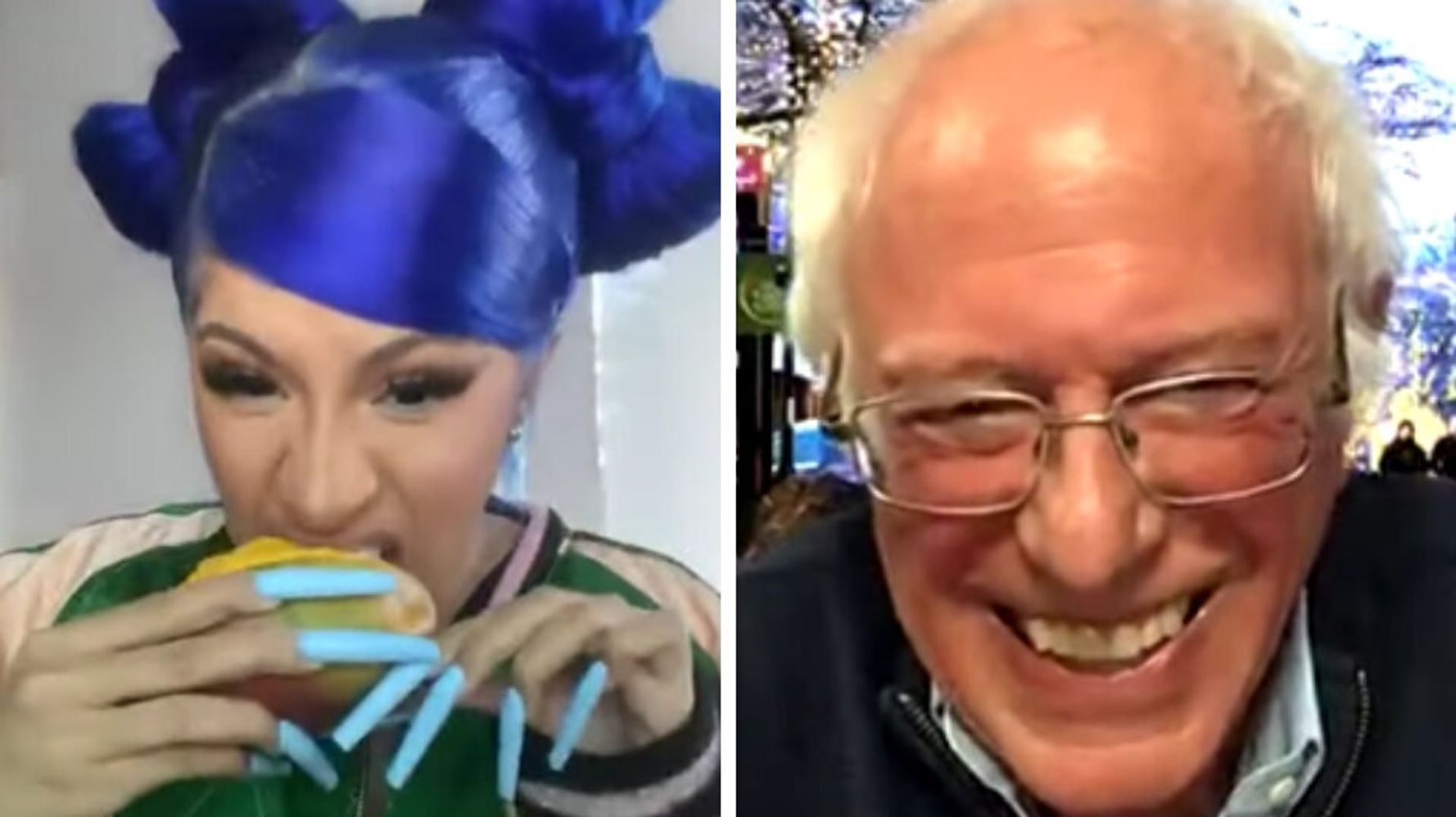 It’s safe to say that Sen. Bernie Sanders and his superfan Cardi B do not like President Donald Trump.

Or at least that was the main takeaway from the very fiery conversation the musician and her “Uncle Bernie” had on Instagram Live Thursday night, in which both were extremely critical of the commander-in-chief’s response to the coronavirus pandemic.

The “Bodak Yellow” rapper wouldn’t even call Trump by his name and instead referred to him as “45” (he’s the 45th president). She began by slamming Trump and many of his high-profile supporters for initially trying to downplay the threat of the looming pandemic by claiming that Democrats were just using health crisis to hurt his reelection chances.

Donald Trump Jr., the president’s eldest son, in late February said on “Fox & Friends” that Democrats hoped millions of Americans would die so “they can end Donald Trump’s streak of winning.” In early March, Fox News’ Sean Hannity echoed that theory on his radio show, saying that the media and Democrats were “politicizing” and “weaponizing” the spread of the virus “to bludgeon” Trump.

The president himself went so far as to blame his predecessor, former President Barack Obama, in late March for his administration’s slow response to the pandemic by saying it inherited a “broken, obsolete system” for testing for a disease that did not exist until last year.

Cardi B said these tactics used by Trump and his allies “baffled my mental.”

“The thing is, honey, you don’t need the Democrats to make you look bad,” she said of Trump and his supporters. “You make your own self look bad.”

Cardi B also slammed Trump’s treatment of the media during his press briefings, saying the president has had plenty of opportunities to make himself look like “he actually cares” when answering journalists’ questions. But instead he “shushed them off or degrades” reporters.

Sanders detailed other shortcomings in Trump’s early responses to the outbreak, which included ignoring scientists and opting not to use the Defense Production Act “to tell private companies that instead of producing underwear right now or socks they got to start producing masks and ventilators.”

One day I’ll tell my grandchildren about the time I gaffe taped Bernie Sanders’ iPad to a cushion so he could talk with his hands while live streaming with Cardi B. pic.twitter.com/ggbqNBW7BM

“He didn’t do any of that,” said Sanders, who ended his bid for the Democratic presidential nomination earlier this month and has endorsed the presumptive nominee, Joe Biden.

The Vermont independent also broke down why he thinks people should vote for Joe Biden this year as he offered a scathing analysis of Trump’s character.

“Donald Trump is to my mind the most dangerous president in the modern history of America,” Sanders said. “This is a guy who lies all the time, he doesn’t believe in science, he downplayed this whole coronavirus, which has led to the deaths of many thousands of people dying unnecessarily.”

“He doesn’t believe in the Constitution, he thinks he’s above the law. So this is a bad-news guy that has got to be defeated and I will do everything that I can to defeat him.”

To hear more about Sanders’ plan to help Biden win the presidency and steps Congress is taking to support people in need during the pandemic, watch the video above.

Trump says US has ‘passed the peak’ of coronavirus outbreak