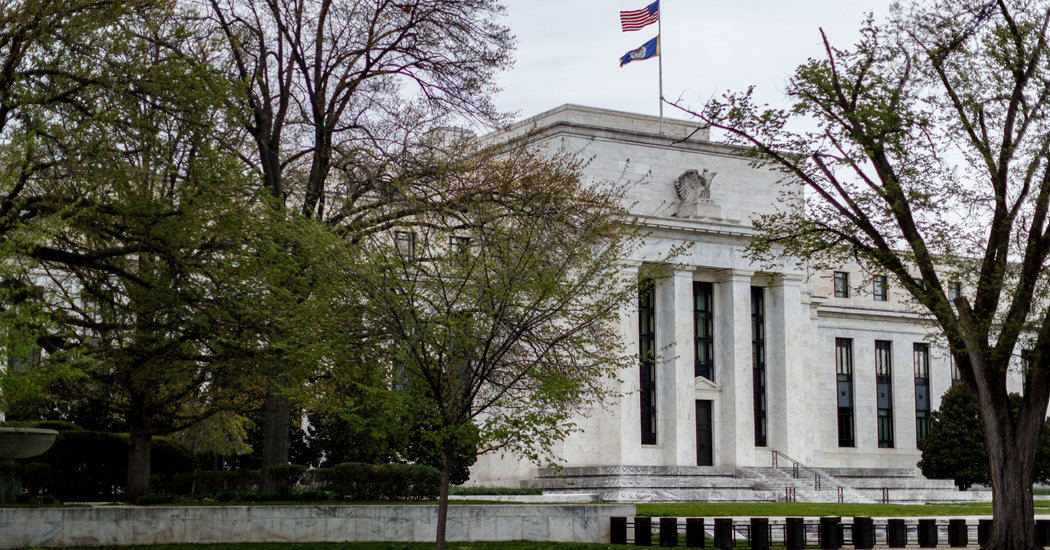 WASHINGTON — The lone member of the nascent Congressional Oversight Commission created as part of President Trump’s $2 trillion economic stimulus law is calling on the Federal Reserve to release detailed information about which companies receive loans from its emergency lending facilities and how the money is being used.

The request comes amid growing concern that disbursements from the giant economic stabilization package will be shrouded in secrecy or used improperly. In recent weeks, the Fed and the Treasury Department have rolled out a half-dozen emergency lending facilities that will allow the Fed to inject $4 trillion into almost every corner of financial markets. But who will be getting what remains murky.

In a letter sent on Wednesday to Jerome H. Powell, the Fed chair, and Steven Mnuchin, the Treasury secretary, Bharat Ramamurti, the only person appointed to the Congressional Oversight Commission so far, demanded clarity.

“I write to respectfully request that the Federal Reserve publicly release detailed and timely information about each individual transaction,” Mr. Ramamurti wrote. “The public deserves to know which companies are receiving taxpayer-backed lending through the Fed and on what terms, and to be able to monitor what those companies do after receiving taxpayer support.”

Mr. Ramamurti asked the Fed to provide details about the identity of borrowers, the terms of the loans and the intended use of the proceeds. He is also seeking full deal documents, information about the equity supporting the deals, and proof that the money is not going to foreign businesses or companies controlled by White House officials or members of Congress and their families.

The Fed, which avoids taking credit risk on its own, is using Treasury funds authorized by Congress to buy corporate and municipal bonds and to provide lending to mid-sized businesses as part of an effort to keep credit flowing as the coronavirus pandemic shutters large parts of the economy. Congress gave the Treasury Department $454 billion to back up the Fed’s efforts, which need to be insured against losses.

The economic relief legislation that Mr. Trump signed last month created a three-pronged oversight structure: a special inspector general within the Treasury Department, a committee of inspectors general and the Congressional Oversight Commission, which is selected by the majority and minority leaders of the Senate as well as the House Speaker and minority leader.

Mr. Ramamurti, a former aide to Senator Elizabeth Warren, Democrat of Massachusetts, was the first person selected to what will ultimately be a five-person commission that will oversee the bailout fund being run by the Treasury Department.

There have been growing concerns that Mr. Trump will not comply with oversight efforts, particularly after his selection of a White House lawyer, Brian D. Miller, to serve as the special inspector general at Treasury and his firing of the Pentagon’s inspector general, Glenn A. Fine, who had been tapped by the Council of the Inspectors General on Integrity to lead the new Pandemic Response Accountability Committee.

The economic stimulus legislation requires the Fed and Treasury to turn over an array of information after disbursing loans. However, Mr. Ramamurti is concerned that the information could be provided in aggregate, making it difficult for watchdogs or taxpayers to know how the money is being spent and which specific companies or sectors are benefiting.

The Fed and the Treasury Department did not immediately respond to requests for comment.

News24.com | One winner scoops R284K in the Daily Lotto jackpot

News24.com | One winner scoops R284K in the Daily Lotto jackpot