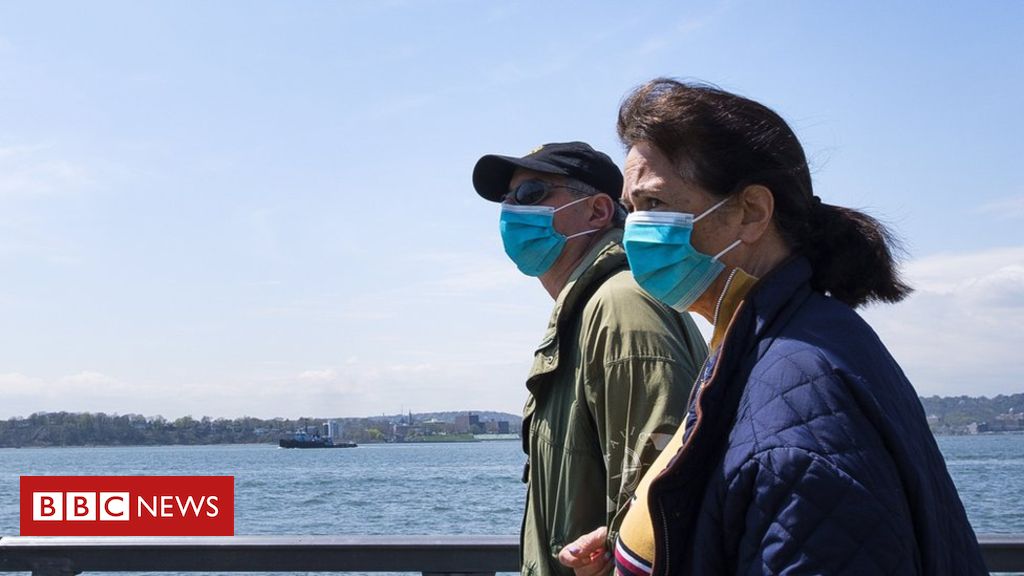 The US state of New York, the epicentre of the country’s Covid-19 outbreak, will allow pharmacies to carry out tests for the virus, the governor says.

Andrew Cuomo said some 5,000 pharmacies would be able to carry out testing, with the aim to provide 40,000 per day.

Meanwhile, President Donald Trump did not hold his daily briefing, saying it was not worth his “time or effort”.

Speaking on Twitter on Saturday, he blamed the media for asking “nothing but hostile questions”. He was heavily criticised after suggesting at Thursday’s White House news conference that disinfectant could potentially be used as a treatment for the virus.

His remarks have been condemned as dangerous by doctors and manufacturers, as disinfectants are hazardous substances and can be poisonous if ingested.

In New York City, calls to the hotline for exposure to certain household chemicals more than doubled in the 18 hours after Mr Trump’s remarks – 30 cases compared to 13 for the same time frame last year.

The briefings with Mr Trump and the coronavirus task force could run for more than two hours. But Thursday’s performance caused embarrassment even among some of his supporters, BBC North America correspondent Peter Bowes says.

Mr Trump’s tweet appears to confirm reports that the conferences may be coming to an end because polls suggest they have not bolstered the president’s popularity among voters, our correspondent adds.

On Friday, the president’s briefing was unusually short – lasting just over 20 minutes – and he took no questions from the media.

Meanwhile, Governor Cuomo announced on Saturday that antibody screenings would be expanded at four hospitals, beginning with frontline medical workers. He also said independent pharmacies would be allowed to collect samples for diagnostic tests.

Hospital admissions in the state have also begun to fall, Mr Cuomo said, in what he described as a sign the crisis was starting to subside. However, he urged people to remain cautious.

On Friday, Georgia, Oklahoma and Alaska allowed certain businesses to reopen despite warnings from experts and President Trump that the move could be too early and spark another wave of infections.

With unemployment claims reaching 26 million people since mid-March, or around 15% of the country’s population, many states are feeling the pressure to ease the coronavirus measures.

Meanwhile, large numbers of people headed to beaches in Florida and California on Saturday, according to Reuters news agency.