Crippled Airline Industry to Get $25 Billion Bailout, Part of It as Loans 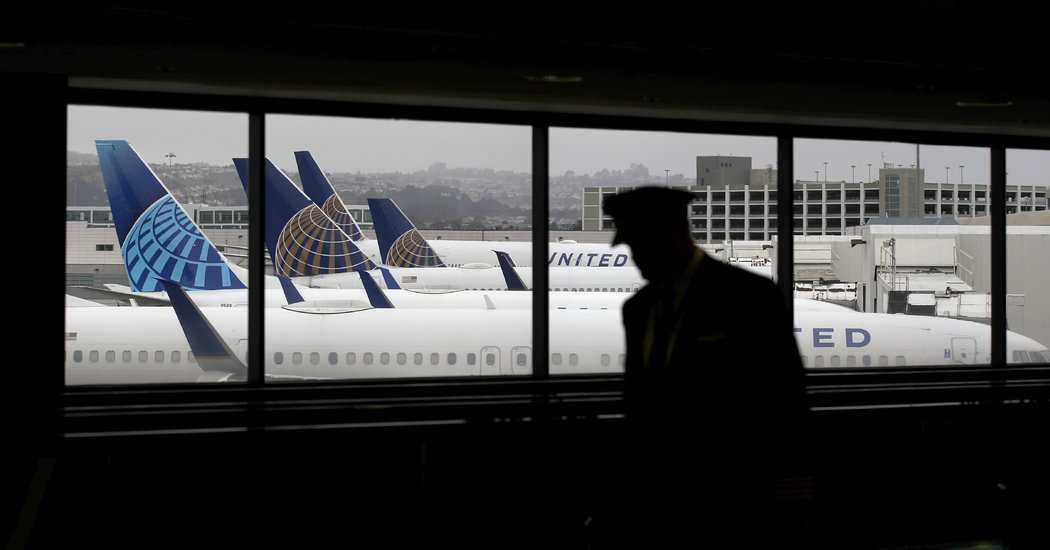 WASHINGTON — The Trump administration has reached an agreement in principle with major airlines over the terms of a $25 billion bailout to prop up an industry hobbled by the coronavirus pandemic.

In recent days, the bailout negotiations had became contentious over the Treasury’s insistence that larger airlines repay at least some of the money they received. The two sides ultimately agreed that the government’s support would be structured as part grant and part loan and the Treasury would also receive warrants to buy stock in the companies.

“This agreement will fully support airline industry workers, preserve the vital role airlines play in our economy and protect taxpayers,” President Trump said Tuesday at a White House news conference. “Our airlines now are in good shape and they will get over a very tough period of time that was not caused by them.”

The Treasury secretary, Steven Mnuchin, said in a statement that the agreement would “help preserve the strategic importance of the airline industry while allowing for appropriate compensation to the taxpayers.”

The Treasury had been pushing the airlines to repay 30 percent of the money over five years. Airline executives and labor leaders complained that the Trump administration was turning what Congress intended to be grants into loans.

Airlines for America, an industry lobbying group, said that as of April 9, U.S. airlines had idled 2,200 aircraft and that passenger volume was down 95 percent from a year ago. Global passenger revenues are expected to fall by $314 billion this year, a 55 percent decline from last year, the International Air Transport Association, a global industry group, said on Tuesday.

The stimulus, passed late last month, largely incorporated the assistance that the industry had sought, including $50 billion split evenly in grants and loans for passenger airlines and more than $10 billion for cargo airlines and aviation contractors. But the aid came with some strings attached, including giving Mr. Mnuchin the authority to take an equity stake in airlines that receive the grants.

Treasury officials determined that 70 percent of the grants to airlines would benefit taxpayers through payroll and income tax receipts and by reducing the unemployment insurance payments that the government would have paid to airline workers had they lost their jobs. The remaining 30 percent would not directly benefit taxpayers, and therefore would be repaid as a loan over a period of 10 years, a senior Treasury official said on Tuesday.

The Treasury will also receive stock warrants worth 10 percent of the loan amount that exceeds $100 million.

The official said that the structure of the agreement was a carefully negotiated compromise, as airlines were seeking grants with no repayment and the administration preferred loans. The economic relief legislation also allocated a separate $25 billion specifically for loans to the airlines, but the official said that negotiations with the companies for those funds had not begun. The Treasury is also engaged in negotiations with cargo carriers, which are eligible for $8 billion in grants and loans.

The Treasury Department said last week that it would not require airlines that receive up to $100 million in bailout money to give the government equity stakes or other compensation. The government had received over 200 applications from U.S. airlines seeking payroll support and the Treasury said the majority of those were asking for less than $10 million.

Airlines that accept the payroll support money are prohibited from major staffing or pay cuts through September. The airlines must also refrain from buying back shares or paying dividends through September 2021 and must agree to limits on executive pay until late March 2022.

In a statement, Sara Nelson, the president of the Association of Flight Attendants union, welcomed the payout as “an unprecedented accomplishment,” but criticized Mr. Mnuchin for delaying the aid and for asking that airlines repay a portion of the funds.

“Now we must fight to keep aviation intact to protect our industry and ensure our economy lifts off again when the virus is under control,” Ms. Nelson said. “We have seen what happens when investment bankers like Secretary Mnuchin control the outcomes, and we will not stand by to watch it play out again.”

Separately, Capt. Joe DePete, the president of the Air Line Pilots Association, which represents more than 63,000 pilots at United, Delta and other airlines, accused the department of “undermining the intent” of the law, “which will make it harder to stop layoffs and slow the recovery.”

American Airlines said it would receive $5.8 billion as part of the deal, with more than $4 billion in the form of grants and the remaining $1.7 billion as a low-interest loan. The airline also plans to apply for a nearly $4.8 billion loan from the department under the loan provision of the legislation.

“The Payroll Support Program recognizes the extraordinary dedication of our entire team, and importantly, sustains the critical air service being provided by our front-line team members,” American’s chief executive, Doug Parker, said in a statement.

Delta said it would receive $5.4 billion, including a $1.6 billion loan. The company said it would provide the government with warrants to acquire about 1 percent of its stock at a price of $24.39 a share over a period of five years.

“This is an essential step, but just one of many that will get us through the next several months,” the chief executive, Ed Bastian, said in a note to staff.

Southwest Airlines said it expected to receive $3.2 billion, about $1 billion of which would come in the form of a low-interest loan. That loan is expected to include about 2.6 million warrants that would allow the Treasury to buy stock in the company. JetBlue said it would receive nearly $936 million, with about $251 million in the form of a loan.

United Airlines and Alaska Airlines said they expected to complete their agreements with the Treasury over the next few days.

The pandemic stalled the airline industry in just a matter of weeks. In February, passenger traffic for the top 25 U.S. airlines rose 6.7 percent compared with the same month a year earlier, one of the largest increases in a 29-month streak of gains, according to federal data published on Tuesday.

But in March, air travel nearly came to a standstill. On the first day of the month, the Transportation Security Administration screened nearly 2.3 million passengers, flight crew members and other airport and airline workers at its airport checkpoints. By the last day of the month, that figure had dropped nearly 95 percent to just under 150,000.

COMMENTARY: COVID-19 Diary Day 4: Am I Losing My Humanity? Already?

You Won’t Have To Pay Back Coronavirus Relief Checks, Feds Say

You Won't Have To Pay Back Coronavirus Relief Checks, Feds Say