De Blasio defends tweets about dispersing funeral for rabbi in Brooklyn: ‘It was tough love’ 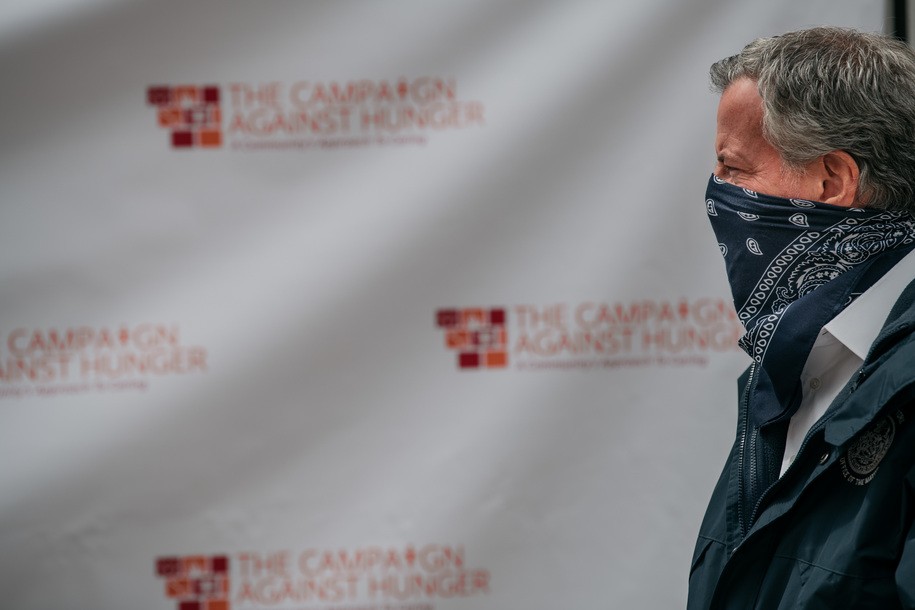 After the funeral dispersed, the mayor tweeted out these statements:

Something absolutely unacceptable happened in Williamsburg tonite: a large funeral gathering in the middle of this pandemic. When I heard, I went there myself to ensure the crowd was dispersed. And what I saw WILL NOT be tolerated so long as we are fighting the Coronavirus

My message to the Jewish community, and all communities, is this simple: the time for warnings has passed. I have instructed the NYPD to proceed immediately to summons or even arrest those who gather in large groups. This is about stopping this disease and saving lives. Period.

We have lost so many these last two months + I understand the instinct to gather to mourn. But large gatherings will only lead to more deaths + more families in mourning. We will not allow this. I have instructed the NYPD to have one standard for this whole city: zero tolerance.

Then on Wednesday at a press conference, he said: “Members of the Jewish community were putting each other in danger, they were putting our police officers in danger. Now, if I see it in any other community, I will call it out equally.”

In response to criticism about his tweets, he said he does “regret” if the way he said it “gave people a feeling of being treated the wrong way.” And that it wasn’t his “intention.”

At the press conference, the mayor was asked if he felt the Jewish community in Brooklyn deserved an apology from him. He said it’s a community he “loves.” De Blasio does have a long history of working with the Hasidic (a subset of Orthodox) community in the city, as noted by BuzzFeed News.

At the press conference, he continued: “If you saw anger and frustration, you’re right. I spoke out of real distress that people’s lives were in danger before my eyes and I was not going to tolerate it. So I regret if the way I said it in any way gave people a feeling of being treated the wrong way. That was not my intention. It was said with love, but it was tough love.”

He also suggested that the funerals were not comparable with people gathering outside, like in city parks. “What I saw, no, it has not happened other places […] This kind of gathering has happened in only a few places. And it cannot continue. It’s endangering the lives of people in the community.” He also added that he will not tolerate any anti-Semitism.

Here is a clip of the press conference from Wednesday where you can hear the above quotes:

Mayor de Blasio on his tweet singling out the Jewish community for large gatherings: Ã¢ÂÂIf in my passion and in my emotion I said something that was hurtful, I’m sorry” but he has “no regrets calling out this danger” and says the city will “deal with it very, very aggressivelyÃ¢ÂÂ pic.twitter.com/9poDjhgZR5

Twitter came out with frustration, anger, and hurt after his initial tweets. People feel that de Blasio singled out the Jewish community in an already dangerous time for Jewish people. Many also pointed out that his flub of writing the “Jewish community” is an inaccurately large sweep. One rabbi herself even tweeted that her community stopped in-person meetings in early June. Basically: No community is a monolith, and generalizing tweets can be harmful to a community that already experiences implicit bias and violent crimes, especially in that specific area.

NYC has been a refuge for Jews fleeing persecution and death for decades and more.

How on earth does the mayor of NYC single them out for persecution in the middle of a pandemic?

Words do not exist to describe the criminal incompetence at City Hall. https://t.co/1bc2IoBcJt

Aide: A small Hasidic sect had a gathering tonight. How do we deter this?

de Blasio: I’ve got it. What if we go on social media, which this community doesn’t use, and imply that all Jews are spreading COVID-19?

A: This is why they pay you the big bucks

“The Jewish community?” You mean the one I work for that stopped meeting in person in early March? Or the one I’ll be leading starting in July that hired me over zoom?

This is really dangerous tweet, Mayor. Telling Jews and other religious communities “the time for warnings has passed.” You are drunk with power. As a Muslim who grew up among Hasidic Jews in Borough Park, Brooklyn, I can only say one thing to you — Time to step down. https://t.co/qGoSfNtu9A

I’m just trying to get my head around @NYCMayor thinking that Hasidic people in Williamsburg (or anywhere) are going to be on Twitter.

“I understand the power of words, obviously. But I’m not going to let that power, that concern over words, overcome the value of human life,” de Blasio added at the press conference.