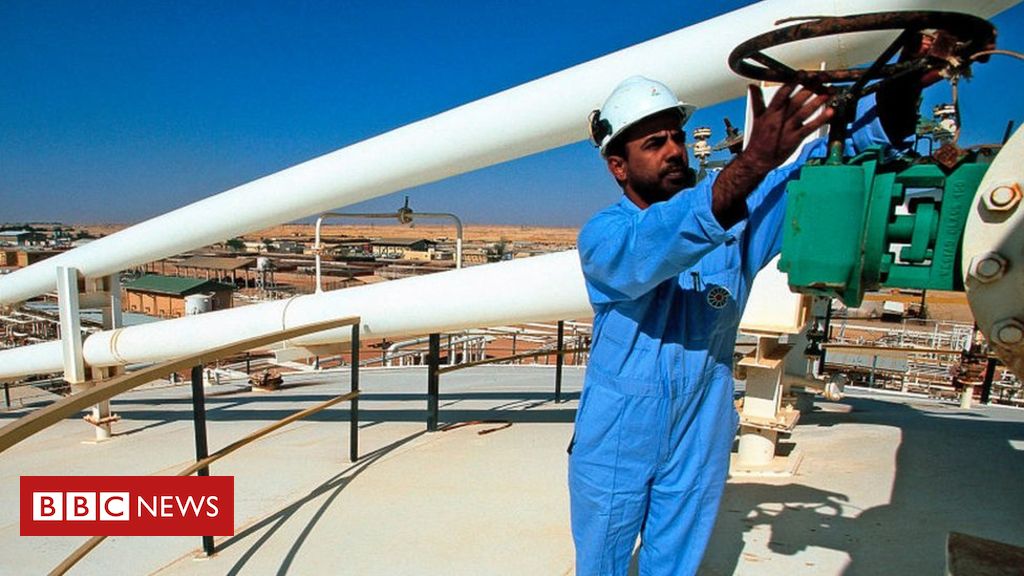 The world is experiencing a sharp deterioration in economic performance, due to the continuing coronavirus pandemic.

Developing countries are certain to be hit hard by what the International Monetary Fund, and others, warn will be the worst downturn since the Great Depression of the 1930s.

Almost every country on the planet is being affected. The IMF expects 170 nations – rich and poor – to experience a decline in economic activity per person this year. That means falling average living standards.

Developing economies are being hit in distinctive ways by the pandemic:

Many are exporters of commodities used by industry. The shutdown of many factories around the world means there is less demand for those commodities, so their prices have fallen, sharply in some cases.

Oil is the starkest example. The loss of demand has been especially severe, as the crisis has led to a massive reduction in demand for transport fuels, more than 90% of which are made from crude oil.

The situation was exacerbated for a period by what was in effect a price war between the two biggest exporters, Russia and Saudi Arabia. There has been an extraordinary situation where some oil prices have been below zero.

It is not a general feature of the oil market, but it does highlight the huge imbalance between supply and demand.

Other commodities have also seen sharp price falls, although not generally on the scale of oil. Copper, for example, is now about 18% cheaper than it was in mid-January, and zinc’s price is more than 20% lower.

These price falls are hitting businesses and government revenues in countries that export these commodities.

Agricultural commodities have generally have been less affected. People still need to eat after all.

The World Bank has described world food markets as “amply supplied following recent bumper harvests, especially in wheat and maize”. Its report does however warn there is a risk that if concerns about food security do spread, hoarding could result.

Low income countries would be especially vulnerable in that situation. Already a fifth of the population in sub-Saharan Africa suffers from malnutrition.

Some types of non-food commodity have been affected already. The Bank reports that following the travel restrictions Kenya’s exports of fresh flowers dropped by 80%.

Rubber prices have also been affected. As people are driving less they don’t need to replace tires so much. Prices for maize and some other crops are also vulnerable to a drop in demand for biofuels.

This means they are more inclined to sell investments seen as relatively risky, including bonds and shares in emerging markets, and pull money back to what they regard as safer bets, such as the US, Europe or Japan. She says the result has been “unprecedented reversals in capital flows”.

In a blog published by the Brussels think thank Bruegel, Marek Dombrowski and Marta Domínguez-Jiménez set out a number of financial indicators showing the strains that have built rapidly in some emerging economies.

They show how the difference between bond yields – which are a measure of borrowing costs in financial markets – in the US and in developing nations has widened in many cases. This is often a sign that investors believe there is an increased risk of borrowers, including governments, defaulting on their debts.

Another sign of this is the increased cost of getting insurance against a default (that is, the price of financial instruments called credit default swaps).

And then there have been sharp declines in currency values for many countries. That is another sign of investors wanting to get their money out.

That also raises another issue – foreign debt. A decline in the value of a national currency makes it more expensive to repay, or pay interest on, debts in other currencies.

At a time when developing country government budgets are under pressure to deal with the health crisis and its economic consequences, debt payments could be a serious diversion of scarce resources.

So there is a vigorous campaign to address developing countries’ debt problems.

The IMF and the world’s leading economies have taken some steps to ease this burden, by providing relief from the burden of debt interest and repayments over the next few months.

The IMF agreed to cover the payments due from 25 countries, mostly in Africa, over the next six months, from a trust fund financed by donations from member countries, including a recent pledge of $185m (£150m) by the UK. In effect those payments have been cancelled.

The G20 leading economic powers agreed to defer – not cancel – debt payments from May to the end of the year for a larger group of the poorest nations. This decision covers debt payments to G20 governments from a total of 77 countries.

It means that cash can be diverted in the coming months to dealing with the crisis rather than making those payments. But it does mean they will need to make the payments in the future.

So campaigners for developing country debt relief think the G20 and others should go further.

The Jubilee Debt Campaign, for example, described the G20 move as a first step, but called for the payment obligations to be cancelled altogether.

They also point out that the G20 deal does not address payments to private sector lenders. The G20 merely encouraged those creditors to offer similar payment deferral to the poorest countries.

The Jubilee Debt Campaign wants the rich countries to make changes to the law to prevent private creditors using the courts to sue poor countries that miss payments. It is particularly relevant to New York and the UK whose laws govern most developing country debt contracts.

So is staying at home for people who work in what’s called the informal economy. Many need to go out to work to feed themselves and their families.

Oksana Abbouda runs StreetNet International, an organisation that represents street vendors around the world. She recently spoke to the BBC’s Business Daily radio programme about what the people the organisation represents are saying about their situation.

“We have to make this horrible choice, either to put ourselves at risk [from infection] and continue our informal job, or put our families at risk because they will be starving,” she says. “This is the reality for billions of people around the world… informal is normal in developing countries.”

Developing countries are also likely to be affected through a decline in money that migrant workers send to their families at home. These remittances, as they are known, are often sent from rich to poorer countries, and they can be a very important support to a family’s standard of living.

More from the BBC’s series taking an international perspective on trade:

A new report by the World Bank warns that they are likely to fall by as much as 20% this year due to the pandemic. Migrant workers, the bank says, tend to be particularly vulnerable to losing jobs and incomes.

It adds that remittances enable people to eat better, to spend more on education and to reduce child labour.