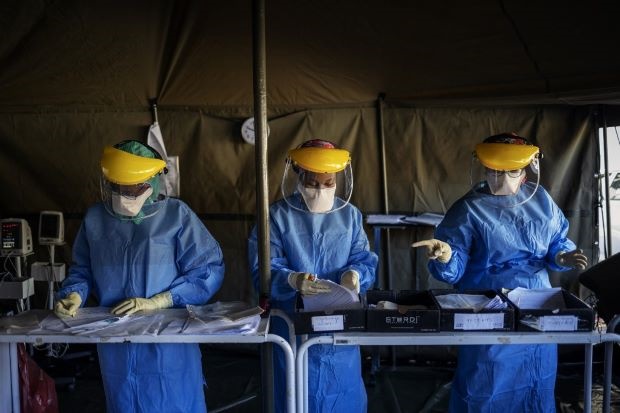 More than 7 000 people in the Eastern Cape have been tested for Covid-19, while a further 400 000 have been screened to date as the province faces a rapid rise in confirmed cases.

In a statement on Thursday, the provincial Department of Health attributed the increased testing to the mass screening and testing campaign the province had embarked on.

Department spokesperson Sizwe Kupelo said while the numbers would likely continue to increase, the department would be testing as many people as possible so that those who needed to be treated could get medical help when needed.

He said he was worried about the rapid rise in recorded cases in the province, particularly the Nelson Mandela Bay Municipality which has been identified as a major hot spot for Covid-19 in the Eastern Cape.

News24 previously reported the metro accounted for 167 of the cases and six deaths in the province.

Mkhize said the confirmed cases in the metro could be traced to two funerals – one in KwaDesi and the other in Zwide.

“This is a matter of concern because the numbers have actually increased. We’ve started to see a lot of problems arising from this and, in this case, one of the families has reported that both parents have passed on, and the children are orphans as a result of this.”

He added the metro should ramp up its testing and screening drives.

News24 also reported Mkhize was forced to take drastic steps on Tuesday to bolster Nelson Mandela Bay’s fight against Covid-19 after it emerged in a damning report the Eastern Cape government had failed to provide adequate resources for the municipality to tackle the pandemic.

In the statement, Kupelo also addressed the media and reports Mkhize had reprimanded Gombo.

“We understand and respect the media’s role of informing the public of the latest developments, but we would like to urge the media to refrain from quoting faceless people who might have malice [sic] intentions,” he said.

“The department has been transparent and will continue keeping the people of the Eastern Cape, through the media, abreast of developments. As a reliable source of information, media houses should guard against being used by faceless people as we live in a time of fake news.”