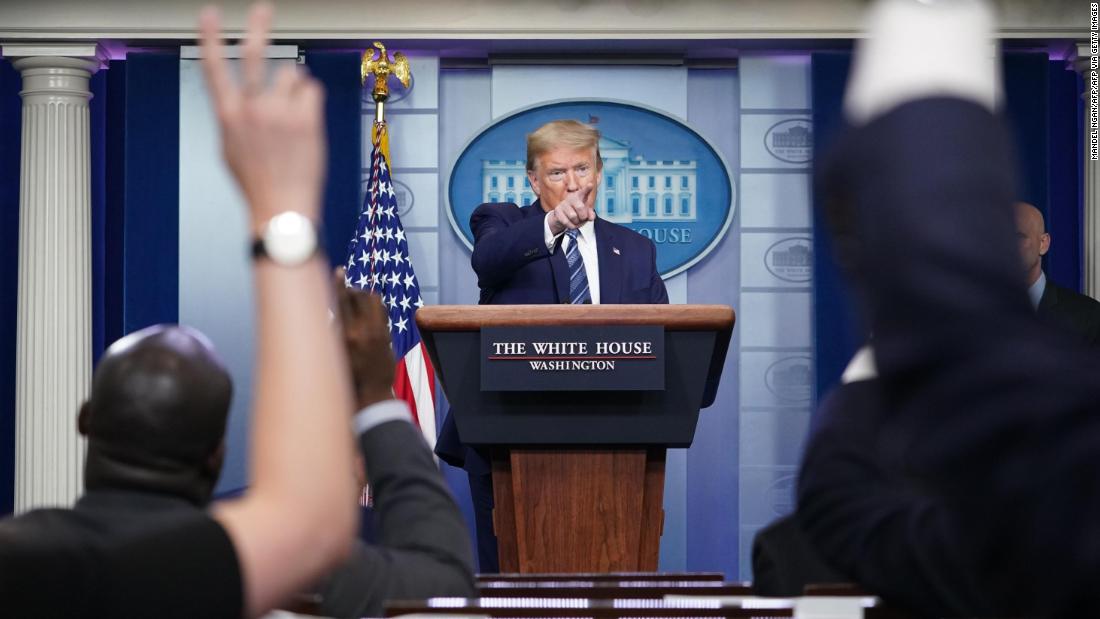 Dr. Rick Bright had led BARDA, the Biomedical Advanced Research and Development Authority, since 2016 until Tuesday, when was reassigned to a narrower position. He also announced he will file a whistleblower complaint with the Department of Health and Human Services’ inspector general.
“I believe this transfer was in response to my insistence that the government invest the billions of dollars allocated by Congress to address the Covid-19 pandemic into safe and scientifically vetted solutions, and not in drugs, vaccines and other technologies that lack scientific merit,” Bright said in a lengthy statement issued Wednesday. “I am speaking out because to combat this deadly virus, science — not politics or cronyism — has to lead the way.”

He cited “clashes with political leadership” as a reason for his sidelining, as well as his resistance to “efforts to fund potentially dangerous drugs promoted by those with political connections.”

One source said the “political leadership” Bright referred to in his statement is Azar.

Bright previously did not respond to repeated requests for comment on his departure by CNN. The Department of Health and Human Services did not immediately respond to CNN’s request for comment on Bright’s statement.

Bright said he “limited the broad use of chloroquine and hydroxychloroquine, promoted by the administration as a panacea, but which clearly lack scientific merit.”

Trump repeatedly promoted that therapeutic treatment for coronavirus, touting its possible effects at White House briefings as recently as April 13.

A spokesperson for the Department of Health and Human Services confirmed Bright’s move in a statement to CNN Tuesday and said he will now lead a new government project: a public-private partnership on vaccine development and treatment.

“On April 17, the National Institutes of Health (NIH) announced a new public-private partnership — the Accelerating COVID-19 Therapeutic Interventions and Vaccines (ACTIV) partnership — to accelerate the development of COVID-19 vaccine and treatment options. At the same time, given the simultaneous importance of accelerating the development of diagnostic tests for COVID-19, Dr. Rick Bright will transfer the skills he has applied as Director of the Biomedical Advanced Research and Development Authority (BARDA) to the National Institutes of Health, as part of a bold plan to accelerate the development and deployment of novel point-of-care testing platforms,” the HHS statement said.

Bright had been with the agency as its influenza and Emerging Infectious Diseases Division director since 2010 before he was tapped to lead it in late 2016.

BARDA is a small, but powerful agency with remarkable purchasing power. Though little-known, it is especially critical during a pandemic, which is why Bright’s abrupt departure surprised his colleagues.

Bright was removed from his position but is not resigning, the source familiar said. He said Wednesday he will request that the HHS inspector general “investigate the manner in which this administration has politicized the work of BARDA and has pressured me and other conscientious scientists to fund companies with political connections as well as efforts that lack scientific merit.”

He has not yet filed the request, according to the source, but intends to do so in the next day or so.

His lawyers said in the statement that that they will request a stay of the termination and that Bright “be permitted to remain in his position” pending the investigation’s findings.

Parents Are Naming Their Babies After Coronavirus In These Pandemic Times

Parents Are Naming Their Babies After Coronavirus In These Pandemic Times