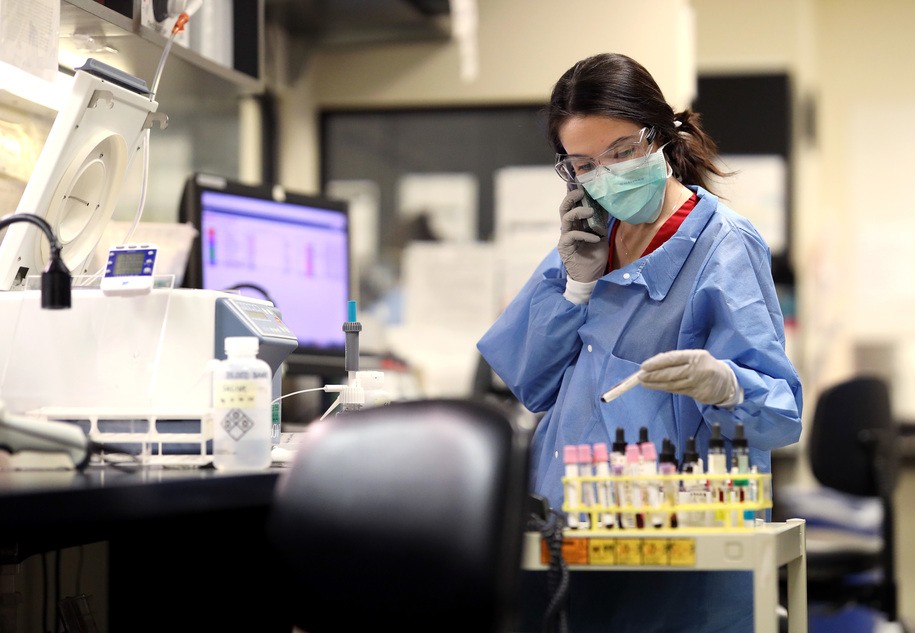 Over the last two weeks, several governments have suggested that those who have recovered from COVID-19 be given some form of identification labeling them as safe to travel, work, and generally be around both those who are infected, and those who are not. This idea has been extended to those who test positive for the presence of antibodies, even if they never had a symptomatic case of COVID-19.

It’s completely understandable why governments might find such an idea enticing; a pool of people who are COVID-proof could be vital in sustaining everything from the healthcare system to transportation and distribution of food. As the number of recovered people grows, having an antibody positive stamp could become a vital feature in applying for a job, crossing a border, or fully participating in public life. That is, it could if having antibodies to SARS-CoV-2 actually confers immunity against a second round of infection and a possibly renewed battle with COVID-19.

On Friday, the World Health Organization published a brief recommending against the idea of “immunity transports,” and it did so for the most frightening of reasons.

There is currently no evidence that people who have recovered from COVID-19 and have antibodies are protected from a second infection.

If that sounds like the voice of doom speaking, that’s because it is. If those who have antibodies marking a past encounter with the 2019 novel coronavirus don’t have immunity to being reinfected by the virus, the implications are nothing short of horrendous. Among other things, it would make the search for a vaccine essentially pointless. Causing the body to generate antibodies is what a vaccine is all about. If antibodies don’t help, neither does a vaccine.

If antibodies don’t provide protection, COVID-19 would not just become a seasonal threat, like the flu, but a regular, recurring disease, like a cold. Only it would be a cold where every time you had it, there was a genuine risk of dying or suffering long-lasting injury. A failure to develop immunity would change the whole scale of this pandemic in a profound sense. It wouldn’t just be a black swan event for the current political season or the 2020 economy, it could be a black swan event for institutions, nations, maybe even the arrow of progress that’s been in place more or less since the Renaissance. Let’s just say … It would be bad.

However, before anyone pulls the existential threat alarm, note that this is unlikely. Most acute viral infections generate a strong immune system response, including the production of antibodies that help the body detect and fight off infection. And in most cases these antibodies help to provide a prolonged period—somewhere between several months and a lifetime—of immunity to a second round of infection. That’s also true of several coronaviruses. It appears to be true of the closely-related MERS virus, where a vaccine was effective in animal trials.

Speaking in a webcast earlier this month, Dr. Anthony Fauci said that the idea that recovering from COVID-19 provided protection against reinfection was “a reasonable assumption.” Yes, there are dozens of small variants on the SARS-CoV-2 virus at this point, but the differences are minor. There’s no reason to think that it’s possible to be infected by more than one variant. Immunity should also last for an extended period. “If we get infected now and it comes back next February or March,” said Fauci, “we think this person is going to be protected.”

So why is the WHO seemingly intent on giving us all a heart attack even before COVID-19 does it for us? They’re not actually saying that the presence of coronavirus antibodies don’t protect against COVID-19. They’re saying this isn’t proven.

At this point in the pandemic, there is not enough evidence about the effectiveness of antibody-mediated immunity to guarantee the accuracy of an “immunity passport” or “risk-free certificate.”

The concern here is two-fold. First, there may be no general immunity at all. In which case, marching people out as if they’re proof against infection represents both a threat to those people and to everyone they meet. Second, there have been, almost from the beginning of the outbreak in China, reports that some percentage of those who recover become reinfected. And it’s starting to seem as if we might know why.

Early studies had indicated that up to 15% of the people who had at some point tested positive for COVID-19, then tested negative, at some point tested positive again. The simplest explanation for this is that someone screwed up a test—and in fact, this is still the most likely solution in many cases. A failure anywhere in the yes, no, yes-again sequence would result in this kind of apparent reinfection.

But a more recent study showed that about 30% of those who had at some point tested positive failed to develop a strong antibody response. That is, there might have been some level of antibodies present, but that level was noticeably lower than might be expected. These low levels of antibodies appear to be directly connected to those who had asymptomatic cases, or cases where symptoms remained very mild. Also, these low-antibody cases tended to be among younger patients. Those patients most at-risk—older patients, and patients who have had a tough time with COVID-19 on first exposure—developed much stronger antibody reactions. These people might be more subject to a second infection. They might also be more likely to be unknowing carriers of the virus, especially if they’ve been told they can’t catch it again.

Part of what the WHO is emphasizing is that, as commercial antibody tests begin to pop up everywhere and gain wide use by governments looking to determine the true scale of infection, there needs to be a level of caution. New York City may have 21% of the population showing some measure of antibodies indicating exposure to novel coronavirus. That doesn’t mean that 21% are immune to infection. Because the level of antibodies that trigger the test, and the level of antibodies necessary to a strong immune response, may be quite different. We just don’t know.

There are also serious reasons to doubt the results of many of these tests at the moment. For example, the test being utilized in New York has supposedly passed muster with the FDA, meaning that it has presumably demonstrated a fair level of accuracy and reliability. The test used in a pair of studies in California was not FDA approved, and its accuracy is unknown. The WHO worries that certifying people as good-to-go on the basis of potentially inaccurate tests represents all kinds of potential threats.

Immunity passports is a thing that may happen. In fact, some form of “cleared for work” certification seems all but certain with some national governments, and the same idea may come to the United States. But that clearance needs to wait until antibody tests have been thoroughly vetted. Those seeking this kind of clearance should also likely be required to take more than one test to help guard against false positives.

But in warning against taking this step at this time, the WHO is not ringing the bell for the end of the civilization cycle. Yes, there are diseases, including viral diseases, that people can get over and over again without developing true immunity. But it seems very unlikely that COVID-19 is one of those diseases. For now, stay hunkered, wait for better testing, and wait for the day you can get into the post-coronavirus club with a vaccine, not a fight with a potentially deadly disease.

What Matters: The medical experts stay with Trump, but for how long?

What Matters: The medical experts stay with Trump, but for how long?