Donald Trump’s cure really is worse than the disease, because his ‘game changing’ drug is a killer 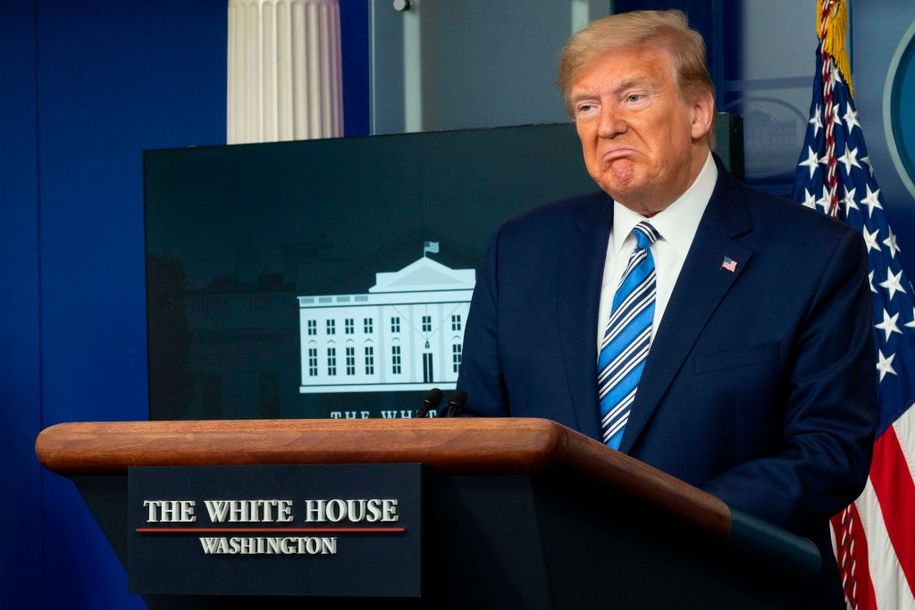 Hydroxychloroquine is frequently used in treatment against rheumatoid arthritis and lupus. It is also effective, in very low doses, against the single-celled plasmodium that causes malaria. Azithromycin is an antibiotic, effective against a number of bacteria. Both are valuable drugs. Both have serious side effects when taken in high doses. Pairing the two together is especially problematic as heart problems are on the list of side effects for both drugs.

And that’s exactly what NPR reports: researchers using Trump’s hydroxychloroquine and azithromycin cocktail found a strong association with increased heart problems. This same result has been seen with the combination, and with hydroxychloroquine alone, by researchers in multiple countries, as well as at the largest random trial in the United States. These trials have been suspended early, because the drugs Trump was pushing have turned out to increase the danger to a degree that further trials are not recommended.

On April 5, Trump may have hit maximum hucksterism for this drug which puts money in his own pocket. “What do you have to lose?” Trump said to the nation. “And a lot of people are saying that when … and are taking it … if you’re a doctor, a nurse, a first responder, a medical person going into hospitals, they say taking it before the fact is good. But what do you have to lose? They say, ‘Take it.’ I’m not looking at it one way or the other, but we want to get out of this. If it does work, it would be a shame if we didn’t do it early. But we have some very good signs. So that’s hydroxychloroquine and azithromycin.”

That’s Trump pushing this combination not just on people who were already ill and desperate, but on people who were not even infected. In fact, this is just one of several instances in which Trump suggested that hydroxychloroquine wouldn’t just cure, but prevent, COVID-19.

The answer to “what have you got to lose” is now extraordinarily clear. The National Institutes of Health panel hasn’t just taken a neutral on the hydroxychloroquine and azithromycin combination. It’s not saying that there’s a lack of evidence, or that more tests are needed, or that we just don’t know. It is explicitly stating that this drug combination should not be given.

With this publication on April 20, Trump has to have known that this evidence was working through the pipeline. Fauci and others have to have warned him that the evidence of hydroxychloroquine having any positive effect was lacking, and the evidence that the drug Trump was recommending was itself causing deaths was absolute. But Trump was still speaking and tweeting support for hydroxychloroquine and azithromycin on April 18.

Don’t be surprised if he continues to do so. Because science, and deaths of Americans, are nothing to Trump. His hunch is … you really need to buy what he’s selling.