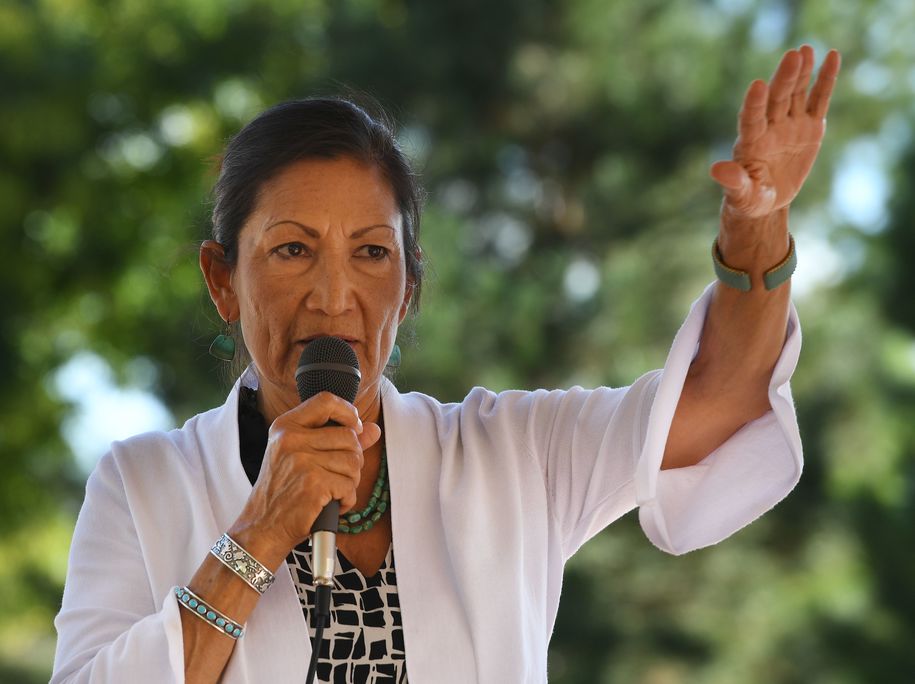 As you are aware, the detrimental impacts of the COVID-19 pandemic have had a disproportionate health care and economic impact on federally recognized tribes due a chronic lack of essential resources.

The Congressional intent behind the CRF [Coronavirus Relief Fund] is to expedite relief funds to governments, including sovereign tribal governments, as part of the federal government’s larger initiative to provide emergency assistance throughout the country. As you are aware, the CARES Act was passed over a month ago, on March 27, 2020, yet this funding has yet to be disbursed to tribal governments, in part due to litigation aimed at ensuring these resources go to the governmental entities that Congress intended. While the U.S. District Court for the District of Columbia issued its decision yesterday to place a temporary injunction from releasing funds to ANCs [Alaskan Native Corporations] until a final decision is rendered, the Court’s decision does not prevent the Treasury Department from releasing resources to federally-recognized Tribal and Alaska Native governments.

Jennifer Bendery at HuffPost has been following the situation since the middle of this month. She notes that Native tribes are particularly vulnerable to the spread of the coronavirus, with 3,100 confirmed cases overall, and the sprawling Navajo Nation reporting more cases per capita than all but two of the worst-hit states. American Indians on average have high rates of conditions that worsen the impact of COVID-19, the disease caused by the virus; those conditions include heart disease, diabetes, asthma, and obesity. On top of this, many live remotely, where it’s not so easy to get the needed medical resources into place. This is all the more reason for getting that money to the tribes.

The Treasury Department was supposed to get the money out the door no later than last Friday—but that didn’t happen. Part of the holdup has come about because the Treasury doesn’t normally interact with the tribes and has yet to come up with a distribution formula. Sen. Tom Udall, the New Mexico Democrat who is vice chairman of the Senate Indian Affairs Committee, told Bendery: “We’ve run into some serious problems. Treasury is not familiar with tribes. They don’t know how to interact in the appropriate way with tribes, and they’re just not getting the job done.”

One example is the $350 billion in emergency payroll relief for small businesses. Congress made “very clear,” according to Udall, that any tribal business would be eligible for emergency relief. The SBA refused to include casinos, which in some cases are the only enterprises keeping tribes financially afloat. A standing rule prohibits federal aid to any business getting more than one-third of its revenues from gaming. But that rule wasn’t meant to apply in emergencies, several members of Congress told SBA officials. “The SBA did not see it that way or didn’t know enough about Indian affairs, public policy or Indian law, and relied on a regulation that simply didn’t fit,” Udall said, adding that the move “has very real consequences.”

Ranking Senate Democrats have written Senate Majority Leader Mitch McConnell, urging a renewed focus on the COVID-19 emergency when the Senate reconvenes on May 4. Udall wants oversight hearings on the failure to distribute the appropriated funds to the tribes.