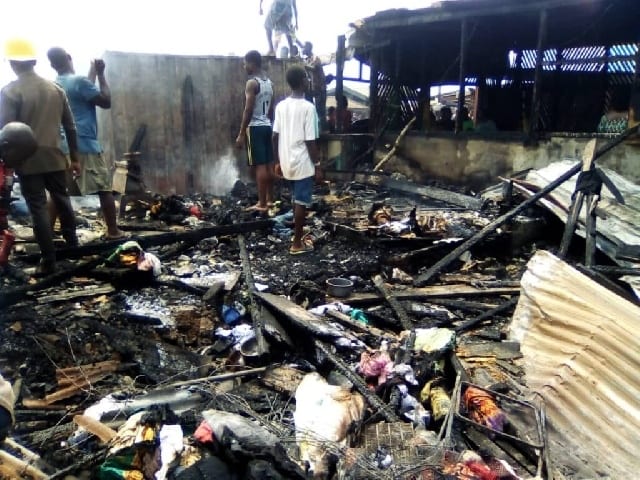 A devastating fire has razed a number of shops in the Mankessim Market in the Mfantseman Municipality of Central Region.

Many other properties were also affected by the fire.

The inferno, which happened on Sunday, around 10:20 pm, is the third the market has experienced this year.

The blaze reportedly started in a wooden structure and spread to the other shops.

The Ghana Fire Service arrived on the scene and quenched the fire, hours after the fire started.

Cause of the fire is still under investigation as some have attributed it to the recent power outages.

While government has maintained its routine maintenance, many are those struggling to get stable to undertake their business.

No casualty was however recorded.