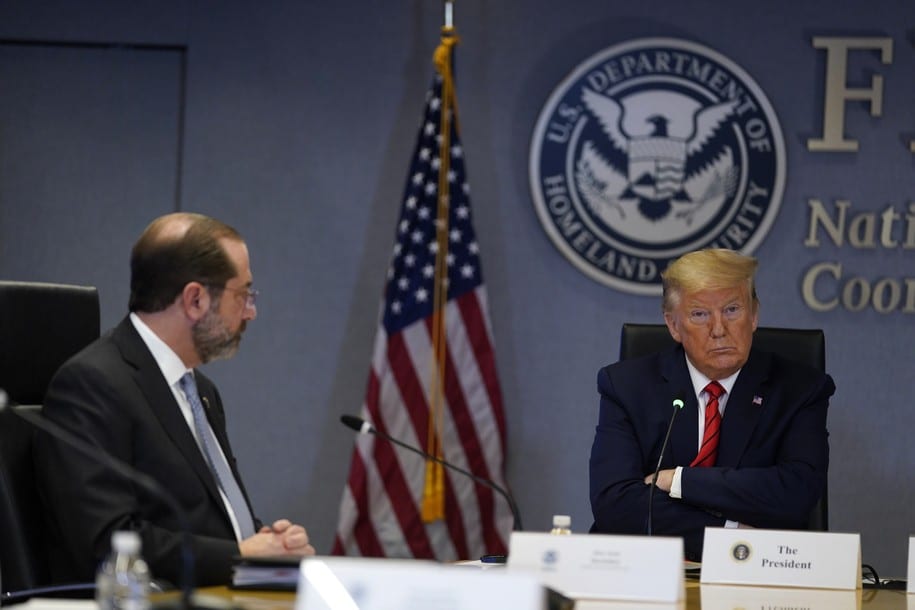 Bright points to a January 21, 2020 email from Mike Bowen, co-owner and Executive Vice President of domestic surgical mask producer Prestige Ameritech who had been in contact with the Department of Homeland Security about masks. He said DHS had contacted him about getting masks, and he was concerned about getting production ramped up but apparently DHS wasn’t as concerned. He went to Bright who raised the issue within the COVID-19 team, but nothing happened for a week. He said Bowen emailed him again, saying “I think we’re in deep shit.” Again, this is in late January.

Bright says that in a meeting with health officials on February 7, he again raised the issue of scarce N95 masks, and alleges in his complaint that the HHS supply chain team said there was “no indication of a supply chain shortage or of issues with masks.” He and Navarro met on February 8, and in the next few days wrote a memo recommending that HHS immediately stop the export of N95 masks, prioritizing stockpiling the potential therapeutic Remdesivir, and kick what they called “Operation Warped Speed” into gear. That was their version of a “Manhattan Project” for vaccine development.

“There is currently no vaccine to protect against coronavirus. If we start this week to fast track vaccine development with appropriate funding, we can likely have a vaccine to clinical trials within 7 months and a workable vaccine by October or November, with a production capacity of 150 million doses by the end of the year IF we act NOW,” Navarro and Bright wrote in their memo to the task force. “We don’t yet know what type of vaccine would be safe and effective. Therefore, it is critical the [government] invest in multiple shots on goal to ensure that at least one vaccine is realized.” Trump and team, however, were not interested in hearing about something with a 7 month time lag.

They were looking for the silver bullet. That included, Bright alleges, Dr. Robert Kadlec, the Assistant Secretary for Preparedness and Response (ASPR) at HHS. He identifies Kadlec as one of his chief antagonists, and says Kadlec was pushing hydroxychloroquine, an anti-malaria medication that Trump was convinced was a silver bullet. Bright said his concerns that the administration was funding “potentially dangerous drugs promoted by those with political connections” fell on deaf ears, so he went to the press. That, he says in his complaint, is what he believes got him fired. “Though no one ever provided a reason to me, an HHS spokesperson announced that my transfer was part of a ‘bold new plan’ to defeat COVID-19,” he said in his complaint.