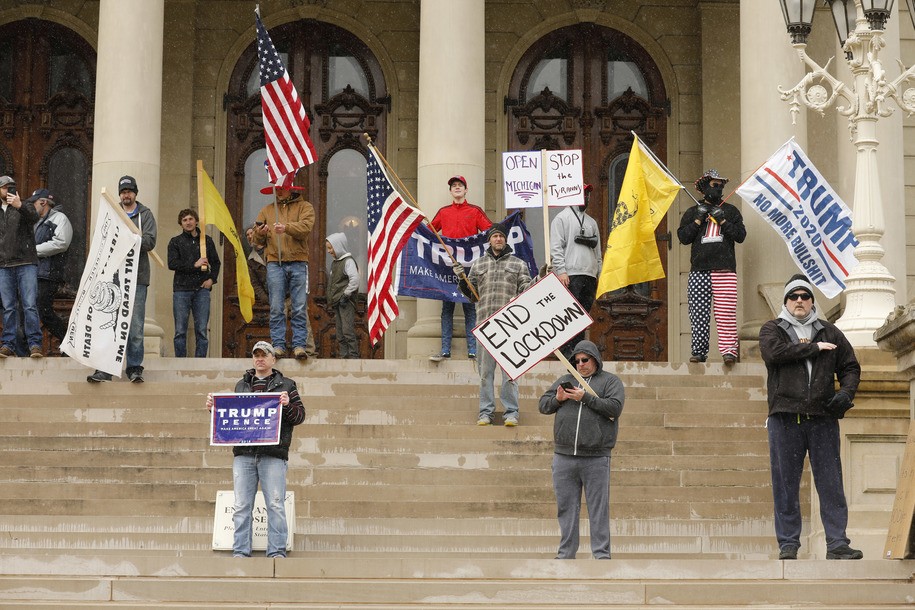 As reported by Reuters, plaintiffs in one of the two suits filed so far this week complain that they “reasonably fear” these “draconian encroachments on their freedom” will “become the ‘new norm.’” Whether this fear is “reasonable” will be in the hands of the judicial system, but the notion that taking emergency measures to combat a worldwide pandemic will result in a “new norm” of everyone in Michigan being confined to their homes forever seems Jade Helm-esque. The plaintiffs appear, in other words, to be off their rockers.

Another complaint: that closing gun shops violates the Second Amendment. It’s important to wedge that one in there just to make sure the courts know you are not just paranoid about leaders maybe deciding that they’ll just keep Americans in their houses forever is so much easier than running an economy, you are also worried that your current closetful of guns and ammunitions will not be enough to give them a proper what-for when they try. Good move.

Despite the now-viral “gridlock” photos and, now, the legal complaint of four Michigan residents, stay-at-home orders remain widely popular with the public because the public, in general, remains skeptical about sacrificing themselves and their own families in order to boost someone else’s business revenue.

Indeed, photographs of bodies piled on top of one another inside a Detroit hospital and in the hospital’s temporary parking lot morgues seem to provide incontrovertible evidence that the shelter-in-place orders are needed, that hospitals are overwhelmed, and that lifting the orders now would absolutely result in many more people dying inside—or more likely, outside—state hospitals.