French President, Emmanuel Macron is set to announce the partial withdrawal of French troops deployed in the Sahel region 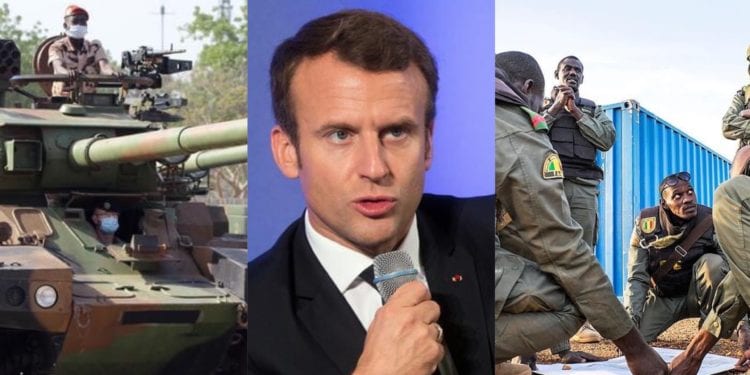 Days after a civilian slapped his face during a walkthrough, French President Macron is reportedly putting plans in place to withdraw French troops deployed in the Sahel region notably Mali and its environs.

Mali Junta leaders staged a coup to disrupt its transitional government. All attempt by organizations such as Ecowas and even the French government has proven futile.

French President, Emmanuel Macron is set to announce the partial withdrawal of French troops deployed in the Sahel region.

The French army will discuss the issue at a rare press conference this Thursday, according to AFP. Days ago, France suspended military cooperation financial aid to the Central African Republic – accusing the government of Faustin-Archange Touadéra of being “complicit” in an anti-French campaign.

French forces have been in the Sahel and West Africa for almost a decade – with the objective of battling jihadist insurgents. But the former colonial power has been accused of using this as a cover-up to continue with its colonial legacy.

It is unclear if France is considering walking in the steps of America where they are also planning to withdraw their troops from some countries within the Middle East.

But issues of terrorism within the Sahel region of Africa has become a worry to many with expert projecting the situation could be worse in the coming years.