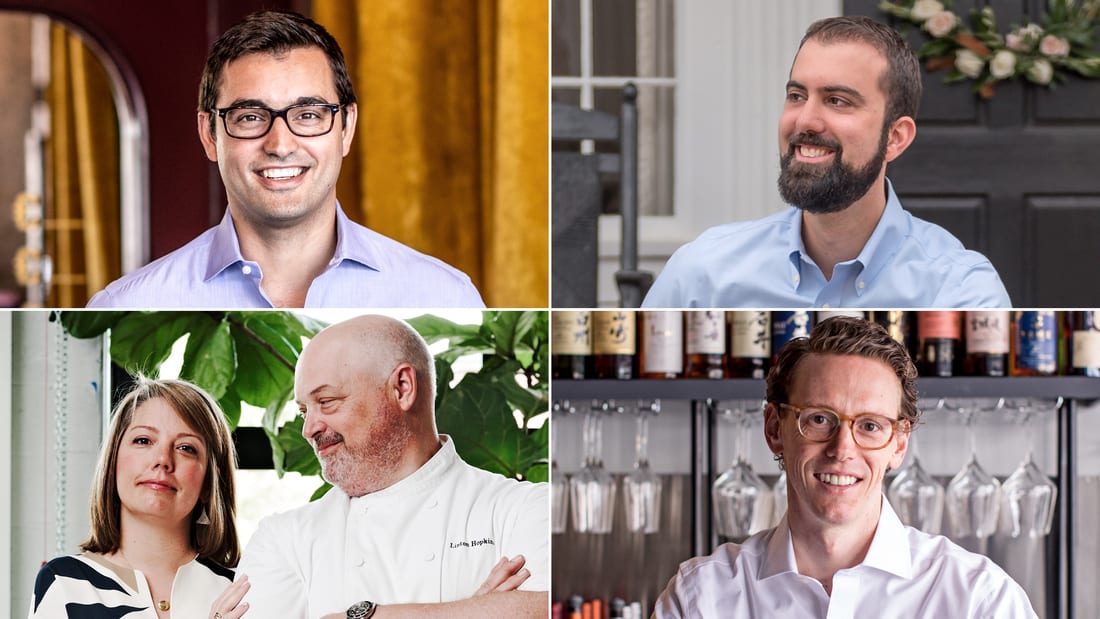 6
SHARES
34
VIEWS
Share on FacebookShare on TwitterShare on WhatsApp

Gov. Brian Kemp said customers could again go to restaurants for dine-in service starting April 27 as long as eateries put in place measures to mitigate staff and guest exposure to coronavirus. The state has, so far, had more than 27,490 infections and at least 1,169 deaths, according to Johns Hopkins University.

In a full-page advertisement in a local newspaper, more than 50 restaurateurs said they would hunker down a little longer.

“We pledge ourselves to act as custodians of the public’s trust,” the statement reads. “(…) Recognizing that each operator faces incredibly difficult decisions on the path ahead, we affirm the fact that public safety is the top priority as we navigate the challenge.”

About two weeks after putting its stay-at-home order in place, Georgia introduced the nation’s most aggressive reopening timeline, despite resistance from local leaders and health officials and a rebuke from President Donald Trump.

Federico Castellucci’s name is one of the dozens under the statement. Castellucci, who owns six restaurants including Bar Mercado in Atlanta, says while his restaurants have seen massive reductions in sales, he’s trying to think long-term and do his part to help avoid a second or third stay-at-home order.

“In order to have that long-term thinking, it’s very challenging to do so, especially when you’re losing money or the state is running out of money,” he said. “At the same time if we want to avoid further pain down the road my feeling is we have to incur a little bit more pain now.”

That pain hasn’t been a light load. Some restaurant owners in the state have chosen to reopen their doors fearing they won’t be able to stay afloat otherwise. And the ones who are not yet welcoming diners inside have had to lay off or furlough staff, take deep financial hits and now prepare for a new set of costs as they plan dining rooms post-pandemic.

And they don’t know how much longer they’ll wait before they feel safe to open back up.

Not a political statement, owners say

Castellucci says conversations on what the next steps should be started weeks ago among a group of restaurateurs — including his lifelong friend and college classmate Ryan Pernice, who drafted the statement.

Emails bounced around among dozens of operators as they leaned on each other to navigate how to make furlough payments, apply to the SBA’s Paycheck Protection Program, and move forward, said Pernice, who owns three restaurants including Table & Main in Roswell.

“We realized that Georgia (was) in a little bit of a spotlight now as the first state to launch back in to a road to normal,” Pernice said. “So we wanted to affirm directly to our guests that we get it, this is important, this is a waiting time and we’re going to take this seriously.”

And Pernice says the best way they thought they could make their opinion known was through a full-page paid advertisement in the Atlanta Journal-Constitution.

But the statement they laid out for the community wasn’t an act of defiance against the governor’s recommendations, the operators told CNN, nor a wag of the finger at the restaurants that did choose to open.

What the governor’s decision did, Pernice said, was restore choice to restaurateurs.

“I appreciate the choice,” he said. “(…)Every operator has got to be able to make that decision. But the group represented on that statement felt like it was just too soon and maybe it was worth waiting a while ’til we knew more directly what was in front of us.”

He said that while the group was aware the statement may be taken the wrong way, he added, “any stand worth taking might do that.”

“We felt it was important enough to make it known,” he said.

Linton Hopkins, who along with his wife Gina, owns and operates Hop’s Chicken, H&F Burger and other restaurants in Atlanta, says the issue isn’t a red or blue one.

“We just wanted to be heard,” he says. “We’re not opening. We’re not begrudging anyone who does open, we just don’t feel we’re ready.”

US health officials urged states to hold off on easing any restrictions until they saw a 14-day continuous decline in cases and had sufficient capacity for both testing and contact tracing. Experts say Georgia hadn’t checked any of those boxes before it kicked off its reopening plan.

In the weeks since the pandemic began, the restaurant industry has had to reconfigure itself not only to comply with new public health measures but to stay in business.

Anthony Vipond, one of the owners and general manager of Whiskey Bird, says when his restaurant converted to only takeout and delivery and gave staff new job duties to avoid as many layoffs as possible. Servers deliver meals to their customers while bartenders help bag orders.

They were able to retain about 40 to 50% of their staff, while the rest were temporarily laid off.

And he said when he reached out to his staff members about the decision to remain closed, they were supportive and “thought that that was the right decision.”

“There’s still a lot of uncertainty out there so for us we thought it was best to really take things really slowly and really kind of see when the appropriate time really is,” he said.

Pernice says 80 of his 120 employees have been furloughed or laid off. In Zoom conferences in the past week he said his staff was in unanimous agreement to hold off on reopening as well.

“The feedback we got from our employees said not quite yet.”

Hopkins, who said he had to lay off more than 300 employees, says nonprofit organizations like donor-funded Feed the Frontline have helped keep his business going. The organization and others like it purchase boxed meals from his restaurants to provide to healthcare workers at no cost.

“It’s really been a godsend for us too,” he said.

But now more challenges mount as the state moves toward a new normal.

When the restaurants do finally reopen, even regulars may not recognize them, some owners said, as they begin contemplating how to implement official’s recommendations for keeping diners and staff safe.

“It’s a pretty apocalyptic look,” Castelluci says. “We’re talking about plexiglass dividers between tables, single-use menus, one-sheet rules of engagement explaining all the new things we’re doing and the dining experience, single-use napkins, giving people hand-sanitizer wipes as they arrive and then when they leave contactless payment, server-less sections where you order completely on your phone.”

“There’s more costs and there’s less guests, so you do the math, it’s not pretty,” he says.

Pernice says while his businesses have worked to create a plan for the future, he’s been reading operations manuals from restaurants in Hong Kong and consulting with colleagues to figure out a path forward.

He hopes to spend the time he has while closed compiling more information about what his restaurants’ new normal will be.

But while stuck in limbo, many, like Vipond, fear the changes that are implemented once their doors are open may alienate guests that would once turn to restaurants for more than the food.

“When you come into the restaurant you can feel the energy between the staff and the guests and the music and the smells of the kitchen,” he says. “When we change the way we’re able to interact within a restaurant, some of that is going to be lost.”

“We’ll just have to see how we can continue to create that experience but do so in a very new environment,” he added.

Tags: Georgia's governor said they could reopen. More than 50 restaurateurs said in a newspaper ad they're not ready - CNNus
Previous Post

Abbreviated Pundit Round-up: Treading water on a plateau of illness

Rep. Ted Lieu Lays It On The Line For Anti-Lockdown Protesters With Ominous Prediction

Rep. Ted Lieu Lays It On The Line For Anti-Lockdown Protesters With Ominous Prediction