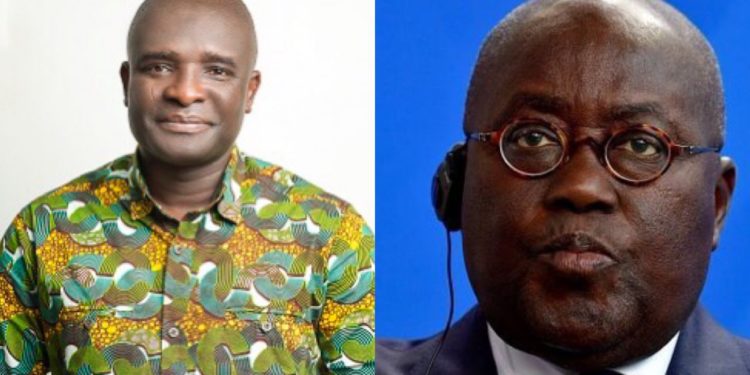 222
SHARES
1.2k
VIEWS
Share on FacebookShare on TwitterShare on WhatsApp

President Akufo Addo in quest to become President made series of Promises. Top of those promises was he tackling corruption head on.

He never gave reasons of excuses, he was made f believe he was incorruptible and would deal with corruption in a manner Ghanaians have not seen before if elected.

It is one of the top reasons people voted for him in 2016 but one of Npp’s director of communication Kamal Deen believes otherwise.

The former youth leader of the party appearing as a guest on Tv3 has said Akufo Addo cannot fight corruption alone contrary to what Akufo Addo made Ghanaians to believe he was going to do.

The Deputy Communications Director of the New Patriotic Party (NPP), Kamal Deen Abdullai, has said that the fight against corruption in Ghana should not be limited to only persons in government or authority.

He said it is a fight that should involve all persons in the country.

He was speaking in relation to a meeting President Nana Addo Dankwa Akufo-Addo had with the leadership of the Ghana Anti-Corruption Coalition (GACC) at the Jubilee House on Wednesday the 18th of August 2021.

The GACC had paid a courtesy on the president to discuss a number of issues including the Auditor General’s report for the year ending 2020 which shows consistent mismanagement and abuse of public funds over the years.

He asked the government to take steps to deal with the matters in the report.

Contributing to a discussion on this meeting on TV3’s Key Points with host Dzifa Bampoh, the Executive Director of the Third World Network, Dr Yao Graham said he believes that the government should be at the center of corruption fight because it is the administration that controls the resources on behalf of the people.

“The reason why people are focused on government is because governments control our collective resources and has been vested with power from national to the local government level across sectors to manage those resources for the benefit of all of us.

“My Point is that the focus on government and corruption is correct because I don’t manage any budget.”

Mr Kamal Deen responded saying “Corruption itself is canker we must all fight. In government or outside government you have an obligation to fight corruption. All of us owe it a duty to ensure that corruption is fought to the fullest.

“But sadly, we narrow the fight against corruption or limit it only to people in authority, it is very sad situation for all of us.

“That brings to fore the polarization of our own system. So the fact that we have limited it to only people in authority, for that matter politicians, then it is only politicians who speak and we think we are all fighting against corruption however it ought to be broaden, let’s get all-inclusive in the fight against corruption.”