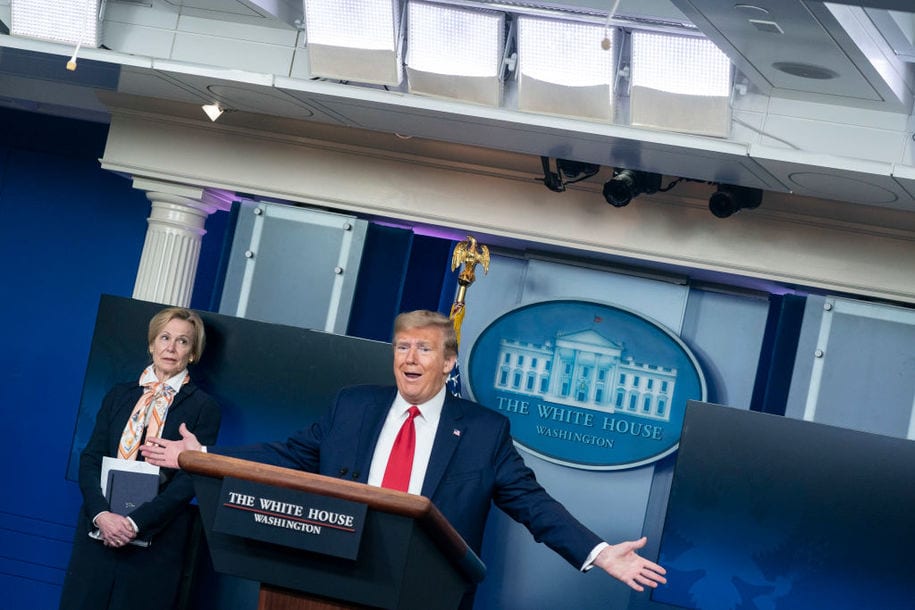 “There’s not too many states that I know of that are going up. Almost everybody is headed in the right direction,” Trump said during a Fox News town hall on Sunday about the infection rate. “We’re on the right side of it, but we want to keep it that way, but we also want to get back to work.” He’s pretending that what’s happening before our very eyes—over a million and counting confirmed cases and nearing 70,000 deaths—is not happening. That there hasn’t been an increase in new cases in 21 states in the past week, and that only 12 states and two territories have seen a decline in new cases in the past week.

States are reopening despite the guidelines because they know Trump will look upon them more favorably if they ignore them, like he is. They need to stay in his favor to have any prayer of getting federal assistance, which they’ll need more of when they have a larger crisis because they relaxed their lockdowns and more people will get sick. They see him attack states like Virginia that are doing the responsible thing, saying they “aren’t going fast enough.” Virginia’s governor, of course, has delayed relaxing the rules because he’s following White House guidelines because cases there “continue to rise.”

What a perfect deadly clusterfuck to define the whole of the Trump administration. When all these states see confirmed cases and deaths explode, there’s one thing that’s certain: Trump will put all the blame on the governors.