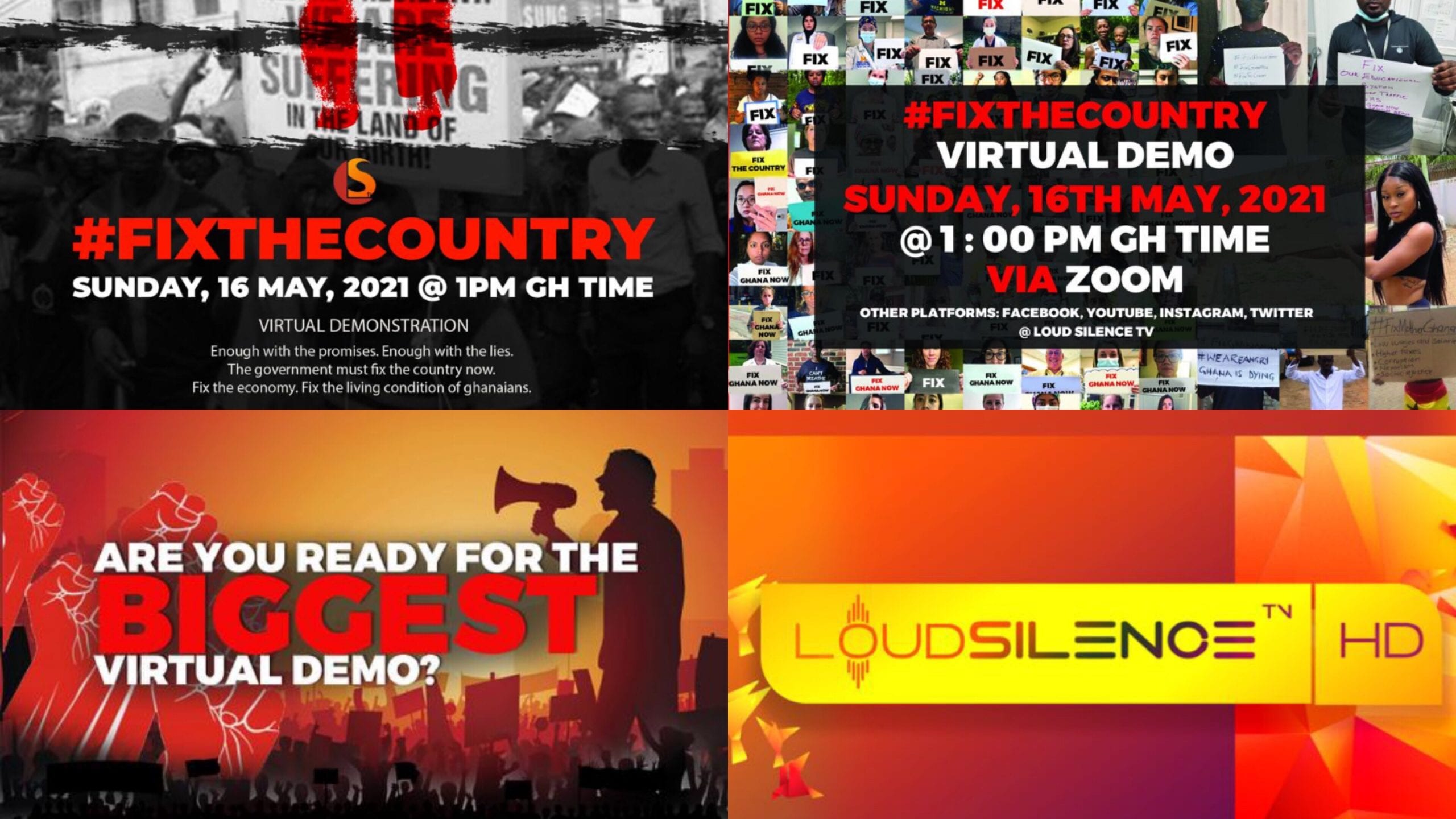 55
SHARES
308
VIEWS
Share on FacebookShare on TwitterShare on WhatsApp

History was made yesterday 16th May 2021 when Loud Silence Media led by its Chief Executive Officer Mr. Kevin Taylor held its “Fix The Country Now” live virtual demonstration to protest against the failed leadership of President Akufo Addo.

The event which saw thousands of Ghanaians home and abroad taking part will go down in history as the first ever Virtual Demonstration in Ghana and the West African sub region.

Leader of Loud Silence Media Kevin Taylor was the moderator for the event which lasted for over 5 hours.
Just as the date was scheduled, the event happened live in the face of threat and challenges from unseen hands.

Just as fighting a despotic regime is never a joke, It all began when the transmitting system of Loud Silence Tv was taken down and hacked by some unknown persons.

Kevin Taylor’s personal WhatsApp number was taken off WhatsApp abruptly.
As a result, the program which should have started at 1pm Ghana time delayed till 4pm as technical men and women behind the scene at loud Silence Media known as the “Ghost Team” had to battle it out restoring the system and making sure everything goes as planned.

The demonstration streamed live on Facebook and YouTube on the official pages of Loud Silence Media and was crossed posted by other Social Media pages.

Viewers were not left behind as a premium Zoom platform was set up to host 1000 participants while those who could not make it to the zoom platform send their recording videos which were played live as the Virtual Demonstration progresses.

In all, over 5,000 persons sent in their videos and images with various inscription and messages directed to President Akufo Addo to “Fix The Country Now”

The issues raised by Ghanaians were many.
Notable among them are Corruption which has been legalized by the government of the day, Galamsey done largely by governments officials and pollution of rivers across the country, high cost of living, insecurity, road accidents unemployment, victimization and abuse of state powers, collapsed economy and grand Thievery from the Akufo Addo led government.

Even though the media houses in Ghana refused taking the feeds for reasons they can only explain, this event has proven that even if governments is using its vigilantes in the security agencies to terrorize Ghanaians not to hit the streets to demonstrate against their bad leadership, there is still an alternative in making sure the message gets to Government which is through digital platforms.

In all over 40,000 people across the globe took part by watching proceedings live and over 200,000 views has been made on the live video streamed only on Loud Silence Facebook page just after 12 hours since the event ended.

Below is the recorded live stream of what actually transpired and how Kevin Taylor and his Loud Silence Media team Made history with well meaning Ghanaians across the globe by sending a strong message to Akufo Addo, Who serves as President of Ghana to “#FixTheCountryNow”