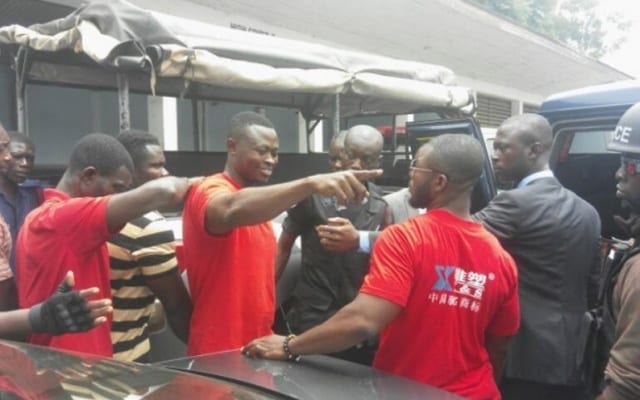 Some members and founder of the disbanded pro-NPP vigilante group Delta Force have been arrested for attempting to forcefully remove the Ashanti regional security coordinator from office Tuesday.

Mohammed Seidu allegedly led his gang to invade the office of DCOP retired Ayensu Opare Addo in the effort to remove him. The gang which claimed to be officials of the National Security stormed the premises of the Ashanti Regional Coordinating Council for their illegal operation.

However, the regional minister Simon Osei Mensah who had picked intel on the plans of the group made security arrangement to thwart their actions.

Currently, all the suspects are in the custody of the Ashanti Regional Police Command.

The rented vehicle with which they embarked on the operation has been given back to the rental company.

In the first tenure of the Akufo-Addo administration, the group stormed the courtroom and freed their colleagues who were standing trial for causing disturbances at the Ashanti Regional Coordinating Council.