‘I believe I am treated worse’ than Abraham Lincoln, Trump insists, ignoring the assassination thing 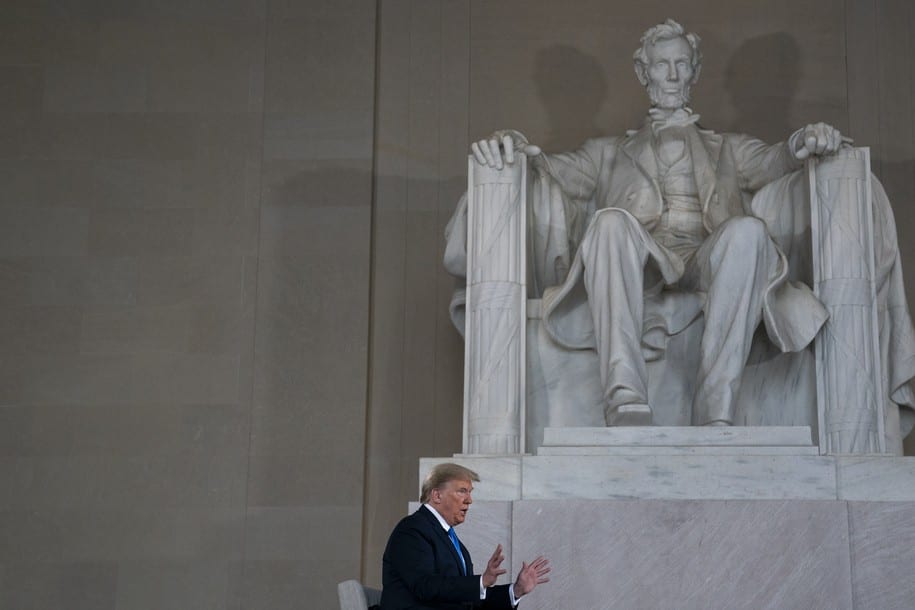 Trump’s musing on how much worse it is to have your comments fact-checked than to face a civil war and assassination was accompanied, of course, by a series of attacks on the press and how “They come at you with the most horrible, horrendous, biased questions.” Reporters “might as well be in the Democrat party,” what with the questions they dare ask. And from there it’s a short hop to assassination, amirite?

Even this wasn’t a brand-new Trump line, though. Back in January 2019, he tweeted that former House Speaker Newt Gingrich “just stated that there has been no president since Abraham Lincoln who has been treated worse or more unfairly by the media than your favorite President, me!” Gingrich, in full suck-up mode, went on to write an op-ed making that case. Trump predictably made the jump from “no president since” to “not even Lincoln,” making that claim to ABC’s George Stephanopoulos last June.

Notably, Trump offered “I am greeted with a hostile press, the likes of which no president has ever seen. The closest would be that gentleman right up there” in response to a question from a Fox News viewer basically begging him to stop his war with the media and act presidential. “Why do you use descriptive words that could be classified as bullying and why do you not directly answer the questions asked by the press, but instead speak of past successes and generally ramble?” the woman asked.

”The U.S.A. needs you,” she said. “Please hold on to your wonderful attributes that make you our great leader and let go other characteristics that do not serve you.” So obviously Trump went with a rant about the “disgraceful” questions from the media, in addition to comparing himself to an assassinated president.

Then again, at least Trump’s ridiculous claim about himself and Lincoln isn’t going to get anyone killed, like his continuing promotion of hydroxychloroquine potentially could.

Tapper to Kudlow: Why not act now?

Tapper to Kudlow: Why not act now?