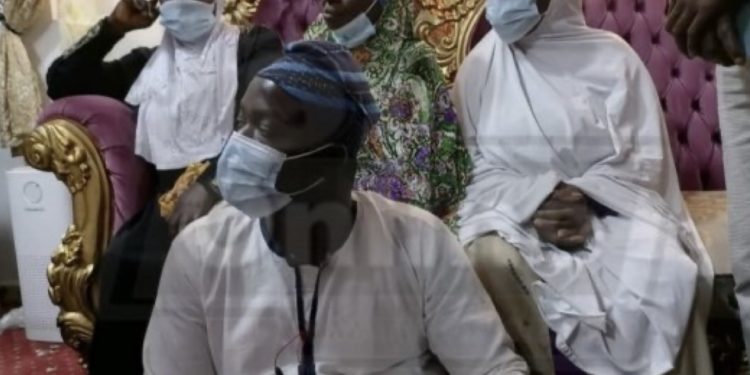 57
SHARES
317
VIEWS
Share on FacebookShare on TwitterShare on WhatsApp

Brother of the slain social media activist, Baba Iddi is reported to have disclosed to his family, that he was forced by the Police to thumbprint a document, which content he did not know

Baba Iddi is one of three suspects arrested in connection with the murder of Ibrahim Mohammed, aka ‘Kaaka Macho’.

A statement issued by the family alleged that Baba Iddi said he was denied an interpreter, therefore didn’t understand the content of the document he appended his thumb on, at that crucial moment.

“A couple of weeks ago, our brother and son Baba Iddi, informed us that the Police came to pick him up from his prison cell without an interpreter, and held him with force and made him thumbprint a document he doesn’t know the content of or understand,” the family of Kaaka revealed.

According to the family, the actions by the police depict that, “they are working to incriminate our brother in a crime they know, and we know, he did not commit.”

Kaaka’s brother, Baba Iddi has been remanded into police custody for the past two months over the murder of the deceased.

The family in a meeting with the Chief Imam, Sheikh Osman Nuhu Sharubutu on Tuesday said they have requested to meet with the Acting Inspector General of Police to tell him their concerns but to no avail.

Since last week, we requested for an audience with the IGP to raise our concerns at the highest level. That request has not been replied to or accorded any respect,” Spokesperson of Ibrahim Mohammed’s family stressed.

The family further cited several incidences which they say make them lose “confidence in the ability of the Police to deal with this matter fairly, diligently and with the necessary regard for its gravity.”

According to the family, the police’s act of omission and commission does not help unravel the truth behind the murder and get the culprit behind bars.

Kaaka’s family said, they are “aggrieved that Police deliberately peddled misinformation that will cause the public to believe that Kaaka’s death was a case of fratricide and nothing else.

“Even though under the laws of Ghana, Baba Iddi should be considered and treated as innocent until proven guilty, certain persons have continued to create the impression that Iddi has now been found guilty. We think that is unfair; and not right at all.

“For instance, at least one Senior Police officer, COP Tiwaa Addo Danquah, told the press that Kaaka was not killed in connection with his activism, even though the Police had barely conducted any investigation into the matter. Another individual who is head of a parliamentary committee that oversees the work of the Police was deployed to jump from media station to media station to peddle the falsehood that Baba Iddi, Kaaka’s brother, killed him.”

They added that the manner in which the Ghana Police Service has dealt with the investigations into the death of their relative has only caused them more pain.

They also describe the efforts put in place since the death of Kaaka, prior to the Ejura protest as lackadaisical which has dashed any sign of hope in their quest for justice.