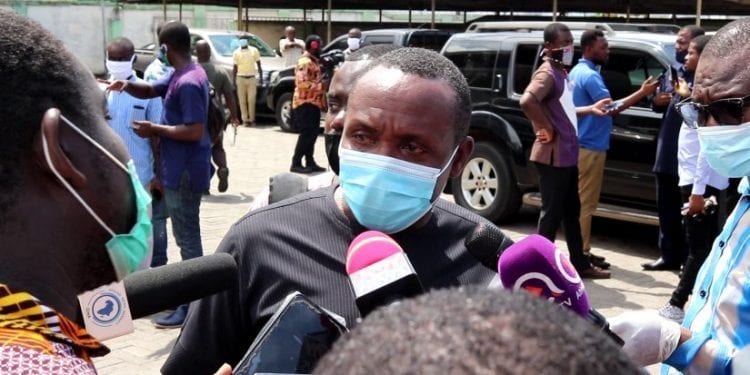 The General Secretary of the governing New Patriotic Party (NPP), John Boadu, has denied ever being involved in illegal mining activities popularly known as ‘galamsey’ in the country.

“My attention has been drawn to some news making rounds on social media linking me with some mining activities including ‘galamsey’ in the country. I categorically refute these allegations, which are baseless, malicious, and unmeritorious,” Mr. Boadu said in a statement.

“Indeed, the failure and inability of the individuals making the said allegations to provide any modicum of substance to back their allegations despite being challenged to do same on many occasions bears ample testimony to the manifest falsity and mischief they are engaged in.”

He believes the allegations are a deliberate attempt by his detractors to tarnish his reputation, and lower “his good image in the eyes of right-thinking members of the society.”

He stressed that he has no mining concession anywhere in the country or elsewhere “whether acquired and operated legally or illegally and have not authorized anybody to operate a mining concession on my behalf.”

He also stated that he has never owned an excavator, nor has he ever been involved either directly or indirectly in any form of mining activity in the past or present.

The NPP scribe thus cautioned individuals who may be perpetuating the illegality in his name to desist forthwith.

“As a law-abiding citizen of this country, whose support and fidelity to the government’s renewed fight against the debilitating ‘galamsey’ menace, is unquestionable, I will be the last person to engage in this abominable enterprise, which is threatening the very existence of our generation and the unborn,” he stated.

He further indicated that he will be heading to court soon to clear his name.

“On account of the foregoing, I am by this statement, serving notice to the public that I take a very serious view of this defamatory matter, and have accordingly instructed my lawyers to proceed to court to vindicate my right against all persons behind these mischievous acts as well as media houses that provide their platforms in furtherance of this mischief against my person.”