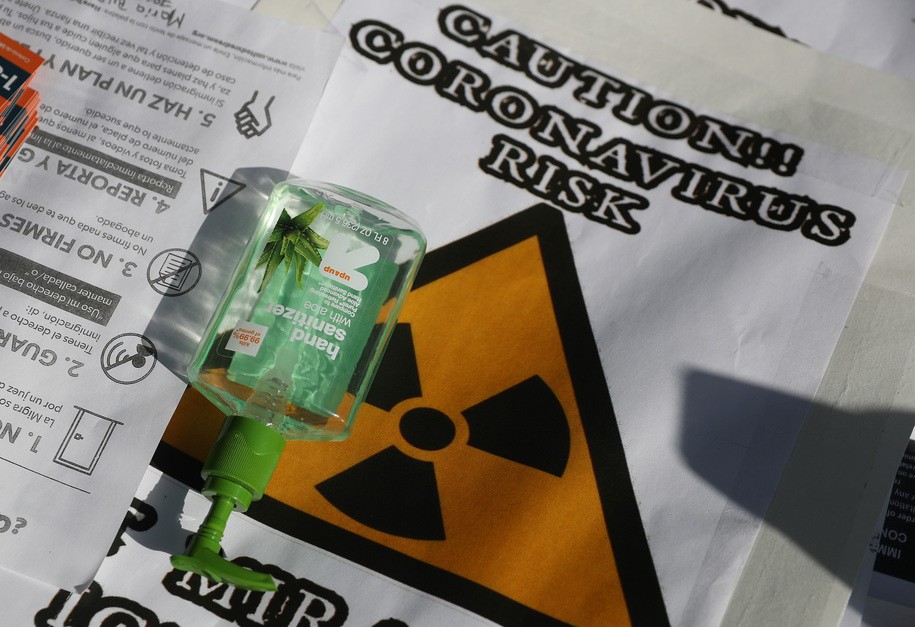 Otay Mesa has been hardest hit of all immigration detention facilities, with ICE reporting 98 confirmed cases among detainees and eight among workers as of April 30. This site should be taking every necessary step to mitigate risk, but according to the lawsuit filed by workers Margarita Smith and Gregory Arnold, superiors “resisted allowing detention officers to wear face coverings at work” until just weeks ago. “Defendant expressly prohibited Plaintiff and other employees of Defendant from wearing masks and masks were not provided to the entire staff,” The Union-Tribune said the lawsuit stated, “including those directly guarding suspected COVID-19 patients.”

“Both CoreCivic employee lawsuits echo many of the complaints that have been reported from detainees and inmates,” The Union-Tribune continued, “including that they did not have access to soap because the dispensers ran out and were not refilled and that they were given dirty rags to clean their housing units even during the pandemic.” In one lawsuit filed by a number of American Civil Liberties Union affiliates demanding the release of detainees from Otay Mesa, plaintiffs said Immigration and Customs Enforcement (ICE) “has failed to meaningfully respond to protect the health and safety of people in its custody.”

The courts have sided with detainees on this after a federal judge blasted ICE last month for its slow response to the pandemic and ordered officials in his sweeping ruling to “identify and track” all people “at heightened risk of severe illness and death upon contracting the COVID-19 virus” for possible release, including people over 55, pregnant people, and people with chronic medical illnesses like HIV. “I feel so happy about this judge’s decision because I met so many people inside who were in really poor conditions and really need to be released,” AJ Sanchez-Martinez, a recently released plaintiff in that lawsuit, said in the statement. “I used to tell people, ‘what you see in here from ICE is the worst of America,’” he continued.

”According to the lawsuit by the other plaintiff, Smith, she quit her job in mid-March after leadership at the facility allegedly refused to provide basic safety interventions,” The Union-Tribune continued. “The measures that the facility did eventually begin to implement were ‘too little, too late,’ the lawsuit says.”

Guards are probably only speaking out because the pandemic is now affecting them too, but the fact of the matter is that ICE’s refusal to release greater numbers of detained people, including asylum-seekers, is putting everyone inside these facilities at risk. This ongoing refusal has likely cost lives—two guards at a privately operated immigration detention facility in Louisiana have now died, likely due to COVID-19. “We are going through it at Richwood Correctional,” one person wrote on Facebook according to Mother Jones. “2 of my coworkers has passed due to COVID-19 and plenty are infected y’all keep us in your prayers.”

Paramedics who have had Covid-19 return to frontlines, with a new grasp of the enemy

Paramedics who have had Covid-19 return to frontlines, with a new grasp of the enemy