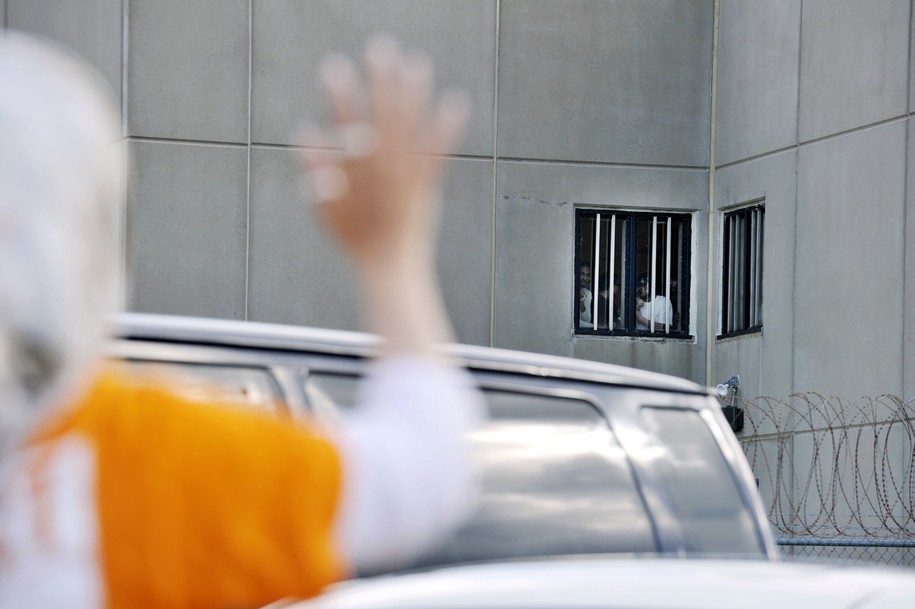 BuzzFeed News’ Hamed Aleaziz wrote last week that the more inmates Essex County has tested, “the higher the numbers of positive cases. Of the 61 detainees tested thus far, 9 have tested positive and and another 34 have antibodies present.” Roughly 500 ICE detainees continue to remain jailed there as the numbers have increased, but rather than reducing numbers, ICE wants to reduce transparency.

“An ICE spokesman did not immediately respond to questions about why they were blocking the information, if they were going to release information on their own, or if coronavirus tests would continue,” the report continued. While 85 ICE detainees have been released in past weeks, “ICE is also blocking the county from saying how many have been released going forward.”

There have already been plenty of worries that ICE, an agency with a track record of lies and deception, has been actively fudging testing numbers. “For weeks, ICE repeatedly told me that ZERO detainees in their custody in Florida have COVID-19,” Miami Herald’s Monique O. Madan said earlier this month. “However, the agency got around having to disclose sick detainees because they were technically no longer on the premises,” having been released to a hospital.

Meanwhile, Texas Observer reports that while workers inside facilities in the state have also tested positive, ICE hasn’t reported them because they’re third-party contractors. “This means the list of infected employees who are potentially interacting with detained persons and facility staff is incomplete,” Texas Observer tweeted.

The American Civil Liberties Union of New Jersey last month sued for the release of two people from Essex. “Both men, the complaint states, sleep in dormitories at the jail that they share with several other men, some of whom they claim have had flu-like symptoms,” NorthJersey.com reported. “The men said they have limited access to soap and other hygiene products. Given the close quarters at the Essex County Correctional Facility, it’s impossible to engage in effective social distancing, they allege.”

Following NJ.com’s report, Aleaziz tweeted updated numbers from Essex that excluded information on ICE’s detainees. “Essex County Jail is continuing to release reports that block out info on ICE detainees and making it clear ICE is the reason,” he wrote.

Essex County Jail is continuing to release reports that block out info on ICE detainees and making it clear ICE is the reason.

“Of Course all of the ICE Information has been redacted as we have been notified by ICE that we are prohibited from sharing their detainee information.” pic.twitter.com/txHQe4Uhrk