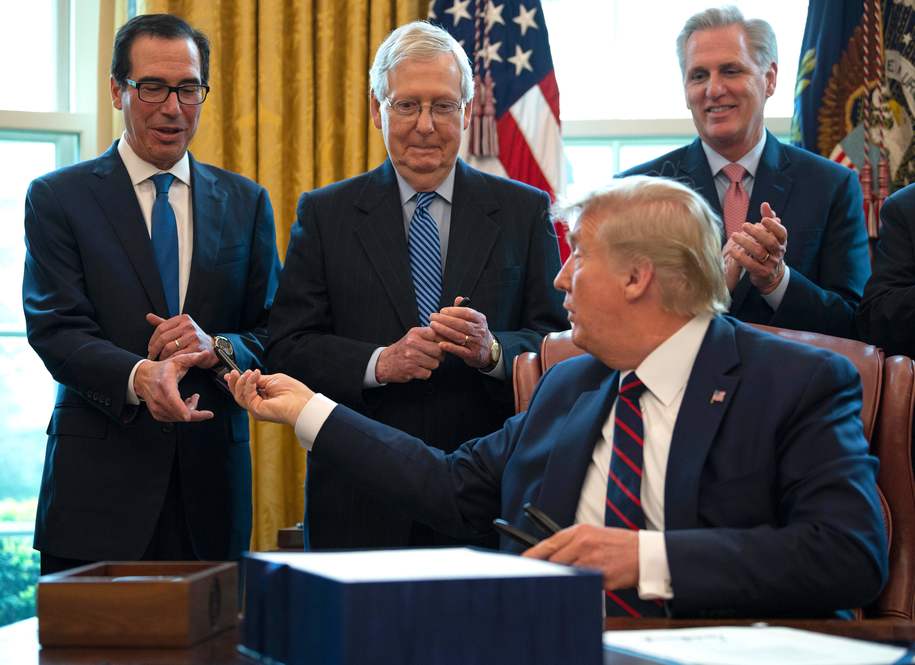 While the law makes an exception if a spouse is in the U.S. military, this caveat will still leave millions, including U.S. citizen children, without critical financial assistance as unemployment numbers continue to skyrocket, the Migration Policy Institute said. “MPI estimates that due to the restriction in the CARES Act, 15.6 million people will be excluded from the stimulus payments: 10 million unauthorized immigrants, along with 3.8 million children and 1.8 million spouses who are either U.S. citizens or green-card holders.”

Some of the U.S. citizen spouses left out in the cold are “frontline workers employed in hospitals, police departments and public transit,” the LA Times reported earlier this month. Others are teachers, who were already struggling before this crisis. David Hessell-Cercado told the LA Times he was surprised when he saw he was excluded. “He had assumed his husband of six years, a Mexican citizen who is in the middle of applying for his green card, would not get a check as he didn’t have a Social Security number,” the report said. “But he never imagined the government would withhold assistance from a U.S. citizen.”

Undocumented immigrants have been excluded from relief even as they pay billions in taxes annually, and pay billions more to help fund Social Security and Medicare—programs they’ll never be able to access unless they’re able to adjust their immigration status.

As Vox reported in 2018, many undocumented immigrants have filed taxes using their IRS-issued ITIN to “create a paper trail to show when they entered the country and how long they’ve been contributing tax dollars. Many are hoping it will help them get legal status one day. That has happened in past reform efforts, and one of the first requirements is usually to prove that a person has been paying taxes … So despite all the political rhetoric, undocumented immigrants are not a drain or burden on the government.”