Important stories to help you make sense of it all 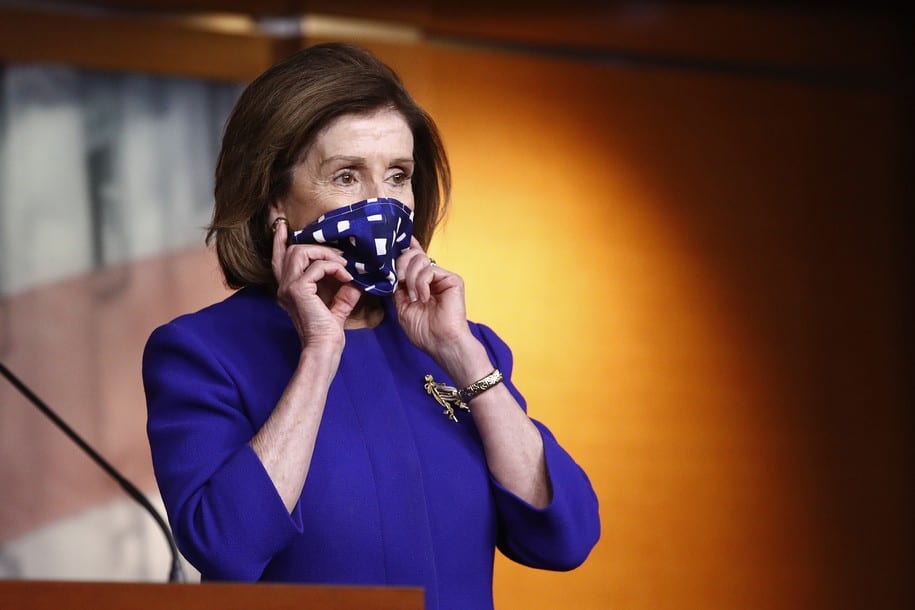 Ã¢ÂÂÃ¢ÂÂAll of us who traveled with [Pence] were notified by the office of @VP the day before the trip that wearing of masks was required by the @MayoClinic and to prepare accordingly,Ã¢ÂÂ tweeted Herman, who covered the trip as part of his rotation as one of the pool reporters https://t.co/4IQTHwg90B

Republicans, It’s Too Late to Back Away From Trump

G.O.P. lawmakers have enabled all of the president’s misadventures up to now. They can’t disavow his response to the coronavirus.

Even so, it has been their response to Mr. Trump’s handling of this pandemic that has shown what his Republican enablers are truly made of. Day after day, the president has come before the nation in news briefings and on Twitter, spreading not simply nonsense but dangerous nonsense — downplaying the risks of the virus, peddling quack remedies, misrepresenting the availability of diagnostic testing and protective equipment, picking fights with governors struggling to protect their states and, of course, deflecting blame onto everyone from the World Health Organization to the Obama administration.

Through it all, few Republicans have managed to muster even a peep of protest. And they have been happy to promote the president’s story that everything is China’s fault — just as they have supported his efforts to turn an apolitical pandemic into a partisan battle between red and blue states.

Ã¢ÂÂIf we donÃ¢ÂÂt listen to the experts in infectious disease, epidemiology and pandemic preparedness, and follow their lead, we will all be contributing to the spread of this virus,” says UM Dr. Howard Markel. https://t.co/AaiAs6eFtA

The message to workers is “endanger your life or starve,” critics say

The threats have been loudest among Republican leaders in recent days, reflecting their anxious attempts to jump-start local economic recovery roughly two months after most businesses shut their doors. In Iowa, for example, state officials even have posted a public call for companies to get in touch if an “employee refuses to return to work.”

“The numbers are good for our folks, but they are not as great as they are for the governors.”https://t.co/V6GBEhNGw8

Three stories, three outlets, about Trump being told he is losing:

“Eric Topol, director of the Scripps Research Translational Institute in La Jolla, Calif., said that remdesivir ‘isn’t a breakthrough drug,’ and that the totality of evidence, with its mix of good and bad results, offers a ‘confusing picture.’ But he said the drug is a ‘good start,’’” per Chris and Laurie. “A number of leaked trial results and small remdesivir studies without placebo controls have whipsawed stock markets in recent weeks … The medical journal The Lancet Wednesday released results of a negative clinical trial of remdesivir in China that was terminated early because investigators, as the China outbreak subsided, were unable to recruit all of the 453 patients they sought. In the 237 patients that did participate in the placebo-controlled trial, there was no statistically significant difference in time to clinical improvement, the Chinese investigators reported. Deaths were roughly the same.

New today, we laid out two cases against Trump for his current response and asked people which bothered them more. By a pretty clear margin, that Trump’s words and actions are putting people’s health/lives at risk is more concerning than lack of leadership and plan. pic.twitter.com/Cu8242sLDZ

Obsessed with impeachment and their enemies and worried about the stock market, the president and his son-in-law scapegoated HHS Secretary Alex Azar, and treated the coronavirus as mostly a political problem as it moved through the country.

When the coronavirus exploded out of China, Kushner was the second most powerful person in the West Wing, exerting influence over virtually every significant decision, from negotiating trade deals to 2020 campaign strategy to overseeing Trump’s impeachment defense. “Jared is running everything. He’s the de facto president of the United States,” a former White House official told me. The previous chief of staff John Kelly, who’d marginalized Kushner, was long gone, and Mick Mulvaney, a virtual lame duck by that point, let Kushner run free. “Jared treats Mick like the help,” a prominent Republican said.

If our leaders refuse to see where we’re failing, they can’t help us get better.

If we must blindly accept every allegation of sexual assault, the #MeToo movement is just a hit squad. And it’s too important to be no more than that.

When women make allegations of sexual assault, my default response is to believe them. But as the news media have investigated Reade’s allegations, I’ve become increasingly skeptical. Here are some of the reasons why:

►Delayed reporting … twice. Reade waited 27 years to publicly report her allegation that Biden sexually assaulted her. I understand that victims of sexual assault often do not come forward immediately because recounting the most violent and degrading experience of their lives, to a bunch of strangers, is the proverbial insult to injury. That so many women were willing to wait in my dreary government office, as I ran to the restroom to pull myself together after listening to their stories, is a testament to their fortitude.

Even so, it is reasonable to consider a 27-year reporting delay when assessing the believability of any criminal allegation. More significant perhaps, is Reade’s decision to sit down with a newspaper last year and accuse Biden of touching her in a sexual way that made her uncomfortable — but neglect to mention her claim that he forcibly penetrated her with his fingers.

As a lawyer and victims’ rights advocate, Reade was better equipped than most to appreciate that dramatic changes in sexual assault allegations severely undercut an accuser’s credibility — especially when the change is from an uncomfortable shoulder touch to vaginal penetration.

►Implausible explanation for changing story. When Reade went public with her sexual assault allegation in March, she said she wanted to do it in an interview with The Union newspaper in California last April. She said the reporter’s tone made her feel uncomfortable and “I just really got shut down” and didn’t tell the whole story.

It is hard to believe a reporter would discourage this kind of scoop. Regardless, it’s also hard to accept that it took Reade 12 months to find another reporter eager to break that bombshell story. This unlikely explanation damages her credibility.

This seems like the endgame here, push Biden to open up the papers and then rummage around (a la HillaryÃ¢ÂÂs pilfered emails) and then find stuff to hit him with. https://t.co/SHWknKjePM

When it comes to the #2020election, about 1/3 say #coronavirus will be either major (14%) or minor factor (20%) in their vote. About two-thirds (64%) say they’ve already made up their minds. That Ã¢ÂÂswingÃ¢ÂÂ group related to the pandemic could be determinative https://t.co/st1Cr5iv1f

The economy is collapsing like never before. Yet US stocks just posted their best month since 1987

The economy is collapsing like never before. Yet US stocks just posted their best month since 1987