In the depths of pandemic, Trump pushes self-interested attack on Postal Service 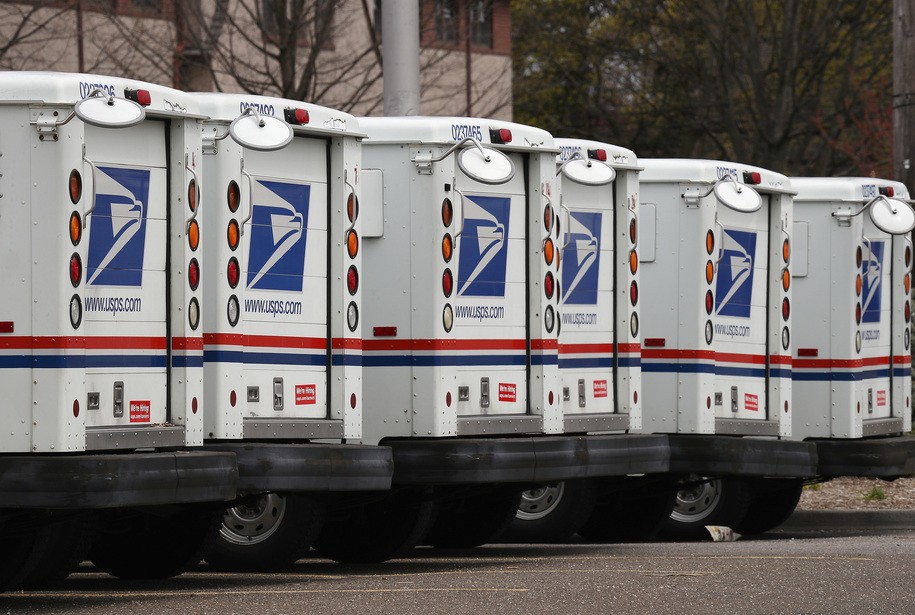 And while President Trump may see this as a chance to undermine the Postal Service, the rest of us should see it as an opportunity to honor the institution and the people who comprise it.

This crisis has shown us a lot about interconnection, about solidarity and common fate and the ways we rely on one another. Those ideas are built into some of our institutions, perhaps none more than the Postal Service. From its origins in the U.S. Constitution, it was intended to connect us to one another, so that we could live as one nation. That idea is even written into Title 39 of the U.S. Code:

The Postal Service shall have as its basic function the obligation to provide postal services to bind the Nation together through the personal, educational, literary, and business correspondence of the people. It shall provide prompt, reliable, and efficient services to patrons in all areas and shall render postal services to all communities.

Donald Trump may not find “binding the Nation together” and providing the same service to “all communities” a particularly important or even desirable goal, but the rest of us ought to. And we’ll have to fight to make sure that promise is kept.

“It is better to lead from behind and to put others in front, especially when you celebrate victory when nice things occur. You take the front line when there is danger. Then people will appreciate your leadership.”
~~Nelson Mandela, Long Walk to Freedom, 1994

At Daily Kos on this date in 2009—Texas declares sovereignty from U.S.:

If you dismissed Glenn Beck’s argument for seceding from the Union as the isolated ravings of a lunatic, think again.

In this video, Texas Governor Rick Perry wades into General Beck’s loony bin and declares Texas’ sovereignty from the U.S., saying that the time has come to “draw the line in the sand” against the federal government. “No longer are we going to accept their oppressive hand in the state of Texas.”

An open letter to the motorcoach industry – Motorcoach

An open letter to the motorcoach industry - Motorcoach