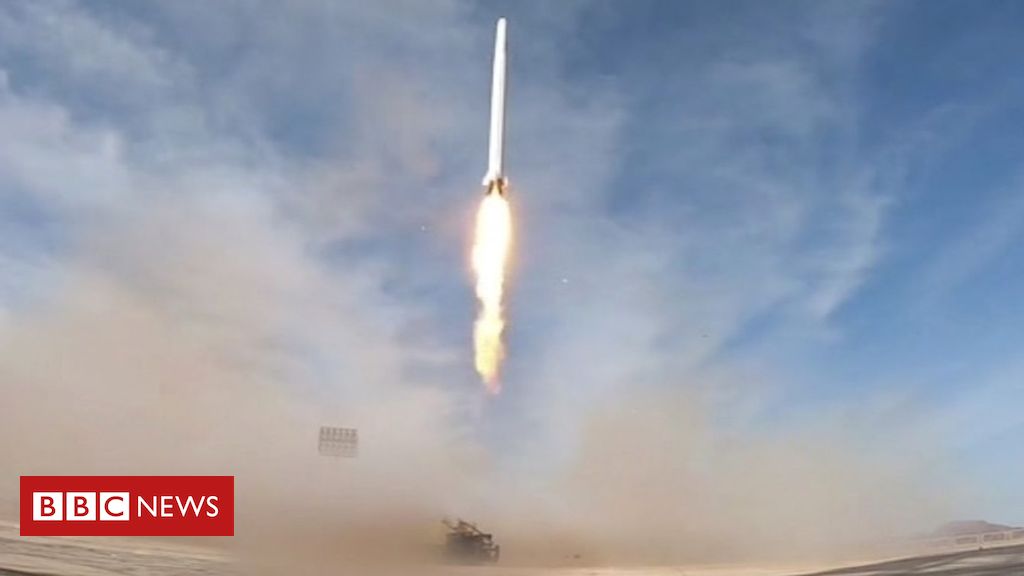 Iran’s Islamic Revolution Guard Corps (IRGC) claims it has successfully launched a military satellite into orbit for the first time.

The satellite, named Nur (“Light”), reached an orbit of 425km (264 miles) after being carried by a three-stage Qased launcher, a statement said.

Iran has attempted several launches in the past year that have failed.

If the success of Wednesday’s launch is verified, it seems likely to add to the tensions between Iran and the US.

The US has asserted that such satellites go against a UN Security Council resolution, which calls upon on Iran not to “undertake any activity related to ballistic missiles designed to be capable of delivering nuclear weapons”.

Iran has denied violating the resolution and insisted that its space programme is entirely peaceful and that it has no intention to develop nuclear weapons.

The same resolution endorsed a 2015 nuclear deal between Iran and world powers that US President Donald Trump abandoned two years ago, saying it was flawed.

Tensions between the US and Iran rose in January, when the US killed a top IRGC general in a drone strike in Iraq.

The IRGC said Wednesday’s satellite launch from the remote Central Desert would “be a great success and a new development in the field of space for Islamic Iran”.

Footage broadcast by state TV showed the Qased carrier inscribed with a verse from the Koran that Muslims often recite when going on a journey: “Glory be to Him, who has subjected this to us, and we ourselves were not equal to it.”

IRGC Aerospace Force commander Brig-Gen Amir-Ali Hajizadeh said the Qased “used a compound of liquid and solid propellants”. He added: “Only superpowers have such capability and the rest are just users of such technology.”

“Part of Iran’s peaceful [space] programme is civilian which is pursued by the government, while another part is for peaceful defence purposes and naturally carried out by the armed forces,” he tweeted.

A Pentagon spokesman told the Associated Press that US officials would continue to “closely monitor Iran’s pursuit of viable space launch technology”.

“While Tehran does not currently have intercontinental ballistic missiles (ICBMs), its desire to have a strategic counter to the United States could drive it to develop an ICBM,” Maj Rob Lodewick said.

In February, Iran failed to put into orbit the Zafar communications satellite.