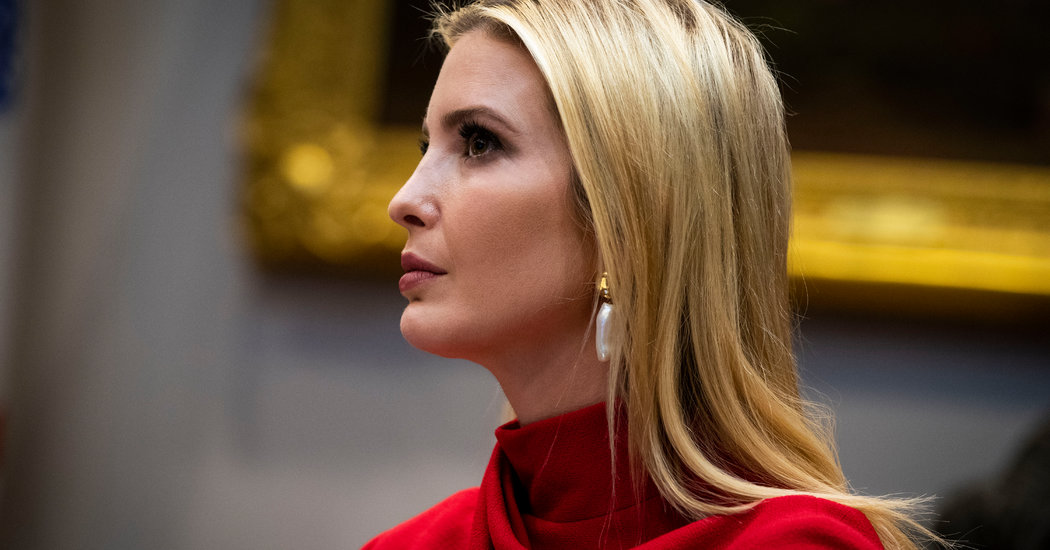 WASHINGTON — Ivanka Trump, President Trump’s eldest daughter and a senior White House adviser, has positioned herself as one of the leaders of the administration’s economic relief efforts and one of its most vocal advocates of social distancing.

“Those lucky enough to be in a position to stay at home, please, please do so,” Ms. Trump said in a video she posted online, encouraging Americans to follow federal guidelines about social distancing, which suggests that people stay at least six feet apart. “Each and every one of us plays a role in slowing the spread.”

But Ms. Trump herself has not followed the federal guidelines advising against discretionary travel, leaving Washington for another one of her family’s homes, even as she has publicly thanked people for self-quarantining. And effective April 1, the city of Washington issued a stay-at-home order for all residents unless they are performing essential activities.

Ms. Trump and her husband, Jared Kushner, who is also a senior White House adviser, traveled with their three children to the Trump National Golf Club Bedminster in New Jersey to celebrate the first night of Passover this month, according to two people with knowledge of their travel plans, even as seders across the country were canceled and families gathered remotely over apps like Zoom.

A White House spokesman did not respond to a request for comment.

Mr. Kushner returned to the White House, where he has been helping marshal the forces of government for the war his father-in-law says he is waging against the coronavirus. Ms. Trump has continued to work from Bedminster, taking calls and spending time there with her children, the people said.

Ms. Trump has told people that the club is currently shut down, making it more socially distant than her mansion in the Kalorama neighborhood of Washington, where she had been spotted running on occasion in Rock Creek Park.

On Wednesday, Ms. Trump participated remotely in at least two of the president’s calls with business leaders he is consulting with as he seeks to reopen the country’s economy, according to someone familiar with the calls.

Before leaving for Bedminster, Ms. Trump appeared at her father’s side in the White House’s Roosevelt Room after lobbying top bank executives to commit to the Paycheck Protection Program, a relief effort intended to help small businesses weather the pandemic. Ms. Trump has been focused on helping small businesses become a path to the country’s economic recovery, and at the event, Mr. Trump, as he often does, falsely credited his daughter with creating “over 15 million jobs.”

Ms. Trump has instructed her small West Wing staff to work remotely if possible and not to enter the White House grounds unless necessary. She has also posted pictures of herself building a tent with a bedsheet in her living room as a creative idea for parents stuck at home with stir-crazy children.

“We’re all in this together,” she said in a video message she posted on social media.

“We’ll emerge from this stronger than ever before, and maybe more deeply and profoundly connected with our own humanity and our core values,” she said, adding, “Let’s do everything we can to stop the spread.”

Hunger in a time of protests, looting: ‘People are looking all over for food’

Hunger in a time of protests, looting: 'People are looking all over for food'