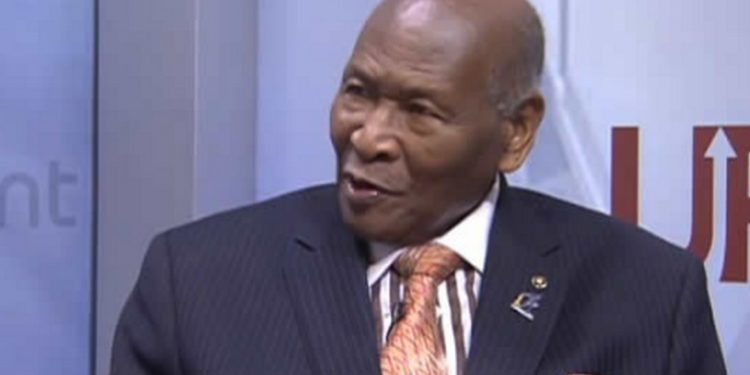 66
SHARES
364
VIEWS
Share on FacebookShare on TwitterShare on WhatsApp

Tension can be used as an excuse by coup markers, Sam Okudzeto

Member of the Council of State, Sam Okudzeto, has indicated that Assin North MP, James Gyekye Quayson, should not hold himself as a Member of Parliament (MP).

Sam Okudzeto explained that a judge ruled that James Gyekye Quayson had citizenship of both Ghana and Canada which disqualifies him from holding the position of an MP, Asaase radio reported.

He says James Quayson must cease to be an MP until he proves he did not hold dual citizenship before the 2020 parliamentary elections.

“A petition was made to the court, and the court gave it a judgment that he had a Ghanaian nationality as well as a Canadian nationality and therefore his standing for election was illegal. And in law, it means that the declaration that was made at the end of the polls was void. And it is as if you have not been elected at all,” he was quoted by asaaseradio

“I understand he applied for a stay of execution, and that was rejected, and he appealed, and the Appeals Court also rejected that stay of execution. Now, once there’s no stay of execution, in law, the man ceases to be an MP. To tell you the truth, the state can even go to him and collect the parliamentary allowances he has collected,” Sam Okudzeto added.

The council of state member said the current issues surrounding James Quayson being prosecuted by the Office of the Attorney General and the justices of the supreme court granting an injunction against him was creating tension.

He added that the tension created by the country’s political factions was unnecessary and could serve as a reason for a military overtake.

“My fear has always been that if we’re not careful, we ourselves are creating tensions in the country. And we know that some of this tension has happened in the past, which was used as an excuse to make coups.

“And sometimes some politicians are so stupid they think that if this government is overthrown, it is ideal. But the question is, do you know who replaces it?” he asked.