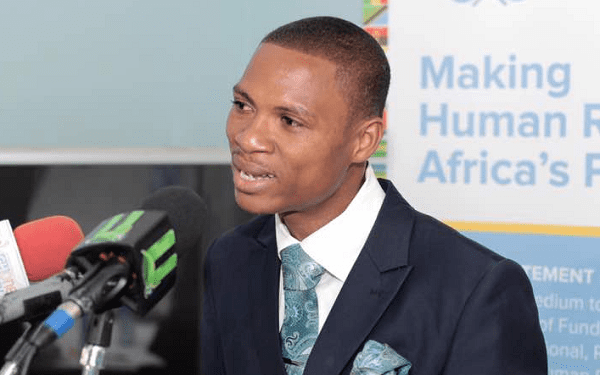 192
SHARES
1.1k
VIEWS
Share on FacebookShare on TwitterShare on WhatsApp

The Member of Parliament for Madina in the Greater Accra Region Francis Xavier Sosu has sent a caution to some Judges in Ghana saying they must be circumspect in their actions because if they become “Political Judges” they will be treated as such when power changes.

Honourable Sosu made this profound statement while taking part of the “Yentua Demo” in reaction to government fixated position against the implementation of the unpopular e-levy.

Mr Sosu in speaking to the media said, judges are to uphold the laws at all times and not bend them to serve political purpose.

He added positions are not possessions as political power is transient as such people who are appointed to serve must serve with dignity and not become political tools to witch hunt opponents.

Honourable Sosu himself have been in the news for sometime now when he took part in a demonstration organised by some of his constituents.

The Police service has since made several attempts to have him arrested which wasn’t successful.

The human right lawyer said, if some of these political induced judges knows what lies ahead when power change, they will make it a priority of serving right and not letting their guard down to be used to intimidate opponents by the ruling government.

Sosu warns judges, says they will be treated as politicians if they become partisan.#3NewsGH pic.twitter.com/t930OhX0TU